When it comes to writing about love, what more could there possibly be to say? Haven’t the likes of Plato, St Paul and Carrie Bradshaw been yammering away on the topic since the days of the oral tradition? How could anyone be expected to plough this field any further, and why should anyone care to ingest the forthcoming harvest? These are just some of the questions I did not ask myself before I began writing At Certain Points We Touch. Had I have done I doubt I’d have made it past page two. Rather I followed a trail of heartfelt breadcrumbs through the forest of my own ignorance, and found a clearing. I wrote what I needed to write, oblivious to the marketing strategies, the trend forecasts, and the quarterly projections which seemingly make the wheels of publishing spin. Certainly if I had wanted to write a book which would scream So Fresh! So New! So Now! from the title page, I wouldn’t have chosen as my themes love and sex. So why then, in this age of hot takes and edge lords, instead of a volume of non-binary Downtown Abbey slash fiction, have I written a book on an experience which is shared with almost every person who ever lived?

Well you could say that a universal experience seems more likely to find a universal audience, right? That would seem like perfectly decent reasoning, even though honestly no such pragmatism so much as tip-toed across my pages in its wellingtons. Perhaps, more profoundly, I believe that writing, like all art (like all life really) is a collective endeavour, and that we each weave a thread through this moth-eaten tapestry. The human experience is a common undertaking and everything we cherish, from poetry to salsa verde, results from the multitudinous input of nameless contributors spanning centuries. So too our understanding of love, and I am more than happy to be tinkering away over here, adding a flourish to our perception of it.

Of course the truth of the matter is that whilst we all experience love in one form or another, each encounter is profoundly different and will almost always hold a particular pearl, different from any other. All love stories are worth sharing, but in my opinion none more so than those of queer and trans people, because in spite of five and a half millennia of the written word, the canon remains rigidly heterosexual, even though LGBTQ writers have always been contributing.

Historically, where queer and trans people do emerge they are usually the subjects of slander, legal punishment or ridicule, they are conveniently misrecognized or deliberately erased. To this end, every book written by a queer writer, which comes into existence against this immemorial background of contempt and castigation, is itself a new and radical development. Remember, it has been less than a hundred years since Radclyffe Hall’s innocuous lesbian classic The Well of Loneliness was banned on the grounds of obscenity - and she was a wealthy white cis woman! Each time a queer writer writes, and especially each time they write about love, they are in effect mending the moth holes of the aforementioned tapestry, which is the inheritance of all humankind. Really, we LGBTQ identified authors have it easy, all we have to do to be relevant is exist, to live long enough to make it to the in-store author signing.

Obviously I’m aware of the continually recycled groans of the imagined moral majority, the think piece which some bright spark rehashes every six months or so, you know the one. Men are being let down by the publishing industry AKA I can’t get published because I’m not a black, gender-fluid lesbian. (If being a black, gender fluid lesbian were the key to the Times top 10 then where the hell are all the prize winning, best-selling black, gender fluid lesbians???) The brouhaha that foams over every time the Booker Prize shortlist is less than 90% white heterosexual men is proof enough that queer love stories are not only vibrant but vital.

And in the unlikely event that queer people reach any sort of parity with their straight counterparts before Armageddon? How will we keep it fresh then? Well my suggestion would be to write honestly, to follow your curiosity and write what intrigues you, to write about the things that make you uncomfortable and embarrassed, don't shy away from sex, or humour, write as if you love your reader. That’s what I did anyway, and it seems to have panned out alright. 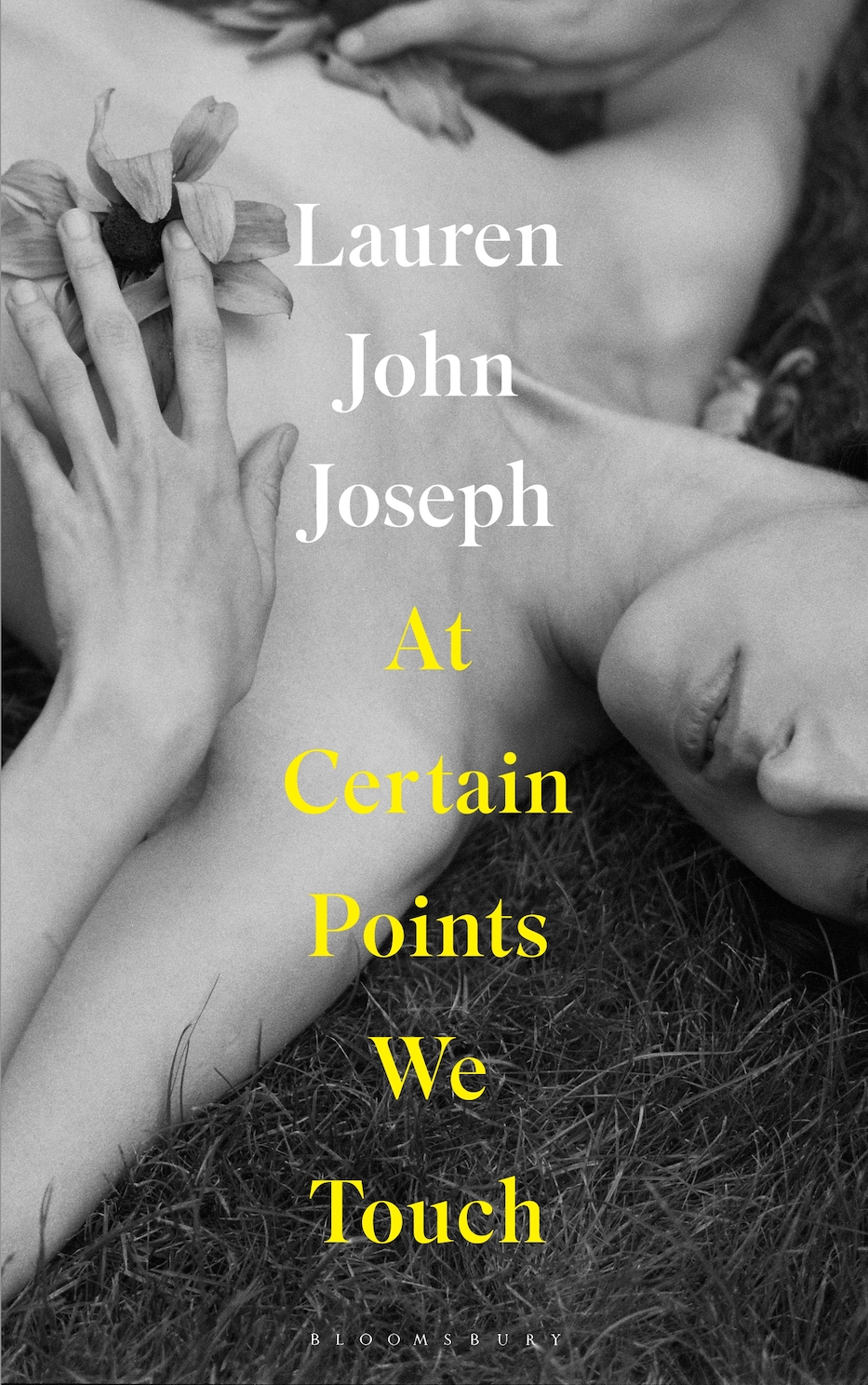 At Certain Points We Touch by Lauren John Joseph is published by Bloomsbury.