How to write about complicated relationships: Writing the small things 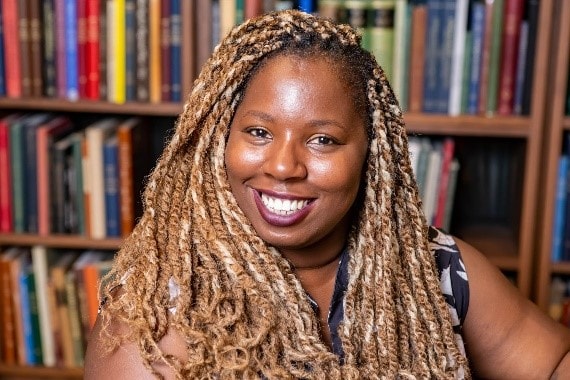 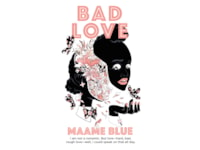 Maame Blue, author of Bad Love, draws on her experience as a psychotherapist to convey the subtle signs that a relationship is in trouble

I am of the opinion that all relationships are complicated. Each one comes with its own history, its own personality, its own mistakes; because people are fallible by nature. Whether it’s familial, platonic, professional or romantic, every relationship has a level of complexity that we all have to navigate at some point.

Sometimes we do it consciously - choosing who we get romantically involved with, the friends we share the deepest parts of ourselves with, and even which family members we work hard to maintain a relationship with as we grow up, and the ones we do not.

At other times, we’re less in control of what we do - having a knee-jerk reaction to something from a sibling that wouldn’t bother you in the same way if it came from a friend; holding your tongue in a disagreement with a boss because the office etiquette prohibits it, even though you’re in the right; making an effort to verbally praise your partner when they cook a good meal, not because it was fantastic but because you know they’re insecure and appreciate the confidence boost.

Often, what we do in those relationships is less conscious and more covert, so how we feel about them and the impact they have on us, could be just as subtle. And our reactions can become intensified depending on what else is going on in our lives.

I think about this a lot when I’m trying to create a relationship between two characters – what are the small things they do to each other that could create problems in the future if not dealt with properly? Where are they in their lives? What other struggles are they experiencing? What are the things from their past that could be a trigger in a relationship? And can any of these things be overcome?

Working on my book Bad Love, the relationship between the main character Ekuah and her love interest Dee, was always supposed to be complicated, but I wanted to tell that story in smaller ways. So, I tried to bring the reader into Ekuah’s internal world as the narrator; a world that was full of emotional turmoil from one moment to the next, because the book begins when she is 18. Inevitably, this also had an impact on how she interacted with Dee.

Plus, Ekuah’s personality and motivations were very clear in my mind: a young woman in early adulthood, new to relationships and wants them to work but has no idea how to make that happen, new to student life and living away from her non-communicative parents. All of these factors meant that her anxieties would have an even bigger impact on her decisions. And undoubtedly, where she was in her life would impact every new thing she embarked upon - like her first long term relationship.

Starting from that point of view, Dee became an unwitting recipient of every mistake, doubt, joy or fear that Ekuah felt, simply because he was the object of her affection. Everything she viewed about his character was skewed by her own lens of herself, making her an unreliable narrator, and the best kind of fuel for the fire of a complicated relationship story.

As I said before, all relationships are inherently complicated. But it’s the small things, the little niggling things that keep you awake at night; the change of tone during a mundane conversation, the throwaway comments that hit you like tiny daggers, and the looks – or lack thereof – that chip away at a person’s self assurance in that relationship, turning complexity into a big bad mess.

The thing to keep in mind about the small things though, is how they are the symptom and not the disease. That’s what makes them so important. They indicate a larger concern without saying it outright, and they often leave the reader with a resounding uneasiness about the relationship.

That’s the feeling that stays with me as a reader, because we all know what a complicated relationship feels like, and how much bigger the small things can become in the wake of that.

So I write about the small things.

Maame Blue is part of Jacaranda’s #Twentyin2020 initiative. Her debut novel Bad Love is available to buy online, at all good indie bookshops and as an Audible audiobook. Website: https://maamebluewrites.com