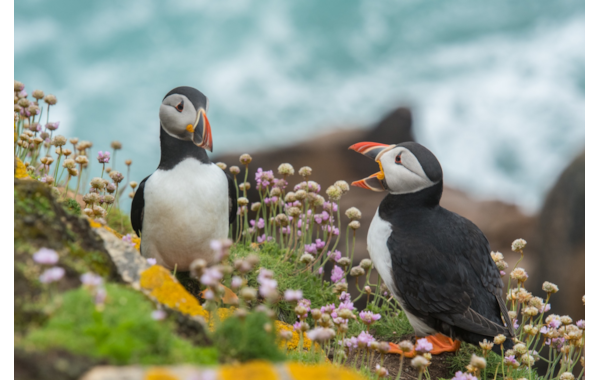 How do you write convincing dialogue and structure it correctly in your story? We show you how!

Fiction needs characters, and characters in fiction need to talk to each other. It’s one of the vital ways readers get to know the people in your story, and find out about them and the world you’ve created round them. This means that anyone who wants their fiction to read well needs to know how to write dialogue in a story.

What does dialogue do?

Good dialogue engages the reader. Conversation between characters brings stories to life. Dialogue breaks up blocks of text and allows writers to change the pace of their narrative. Well-written dialogue informs readers about the character of the people speaking it, and knowing how to use dialogue in a story allows the writer to progress the narrative.

What dialogue should be

Good dialogue is an exchange between characters that adds to the reader’s enjoyment, tells them something about the characters and in some way progresses the narrative. Good dialogue drives a plot but it also allows readers to connect emotionally with the characters speaking it, which deepens their understanding and enjoyment of the fictional world you have created for them. Similarly to the way we get to know people by talking to them, readers get to know characters by engaging with their dialogue. Knowing how to write dialogue in a story is a way for you, the writer, to show readers who your characters are without telling them through lengthy blocks of description.

What dialogue should not be

Bad dialogue is clunky, unrealistic and used by the author as a vehicle for infodumping:

‘Hello Arthur, how nice it is to see you after all these years. After spending such a long time in prison you must be pleased to be out. It was terrible how you got stitched up for a crime you didn’t commit.’ If that was in a book no-one would blame you for not reading any further. You want to read (and write!) dialogue that sparkles, not that feels heavy and weighs the story down.

Dialogue should never be used as ‘filler’ content, which is why it’s really useful to know how to structure dialogue in your story. Writers love writing dialogue because it’s fun and it fills pages. That’s all great – but if it’s there as padding or for self-indulgent reasons it will detract from the forward motion of your story and readers will lose interest.

Read these four short stories by some of the most famous short story writers. Do you think the dialogue works well?

How to write dialogue that feels realistic

Note that we said ‘feels’. There is an art to writing dialogue and a lot of it is more about knowing what to take out that what to put in.

Think of film scripts. You don’t want any unnecessary words. You only want the words that really matter.

• No-one in real life talks in speeches, unless they’re exceptionally boring. Characters in fiction don’t have to hold forth and explain themselves at length. Your dialogue needs to contain only what is really necessary.

• Don’t spell things out. Be oblique. Implication works brilliantly in dialogue. ‘He did it with?’ ‘Yeah right?’ ‘Does she know you’ve seen his Insta?’ ‘But I don’t follow him so how could she?’ Using dialogue as a way of dropping hints about what’s going on is more effective in fiction than using dialogue as a way of stating the obvious. ‘Little sods. Our Carly got a VO. Dumped them on me this morning’ is more intriguing for readers than, ‘My grandchildren have been behaving like absolute horrors ever since their mother, my daughter Carly, went to visit her husband Arthur who is in prison.’

• Keep spare, keep it succinct. The art of writing tight dialogue that feels real is about stripping it down to the bare minimum. In dialogue, less is always more.

• Think about what’s not being said. Leaving a space for the reader’s imagination to intrude is always effective. ‘He went off.’ ‘Like he?’ ‘No, not like that time.’ ‘Yeah, well.’ Very little is spelled out but a lot is implied, and readers will be keen to find out what’s going on. Readers love puzzles and clues, and enjoy piecing seemingly random snippets together and making connections – done well, this kind of dialogue can tantalise readers and keep them turning pages.

• Keep it colloquial. With dialogue, you’re giving a flavour of the person at the same time as revealing something that moves the plot along. Give your dialogue the flavour of everyday speech by including words and phrases that people say in real life. ‘Pranged the Jag’ sounds much more conversationally effective than ‘I crashed my upmarket car into a bollard and damaged its front bumper.’ But unless you’re Irvine Welsh, be careful not to overdo it. No-one in 21st century Yorkshire would ever say, ‘Eeh bah gum tha’s a reet daft ha’porth so shut yer cake-hole.’ Make sure your character’s dialogue gives a flavour of everyday speech rather than descends into clichés or stereotypes.

• Use language that is appropriate for whichever of your characters is speaking. The character who ‘pranged the Jag’ is obviously either a toff or fancies himself as one. The window cleaner is more likely to greet a regular client with ‘Alright Linda!’or ‘Morning’ than ‘Good morning.’

• Remember that speech is individual. Your dialogue will come to life when each character in your fiction has their own manner of speaking. You could also bear in mind that in a conversation between two characters, your dialogue can reveal differing intents, personalities and motives. ‘Your dinner’s ready.’ ‘Amy Poppleton’s mum saw Dad in Tescos.’ ‘Mac and cheese. Let’s eat it in front of the telly.’ ‘Is it true he’s not coming back? Mum?’ ‘I got the orange cheese cos it’s your favourite.’

• Omit the qualifiers, or at least most of them. In real life, our speech is peppered with ums, errs and likes. In written dialogue, remove almost all of them or readers will very quickly be irritated. Give a suggestion of each person’s speaking voice rather than trying to mimic actual speech.

• The same with swearing, again unless you’re actually Irvine Welsh.

Make sure you give your characters the right names for their speaking voices! Here’s a quick creative writing exercise to get you thinking about names

In a story or screenplay, a beat is an occurrence that changes something or moves your story along. Each piece of dialogue your characters deliver should in some way add to your reader’s knowledge and progress your narrative. You want the dialogue between your characters to propel the story forward. Even if Arthur and Maeve are just having a conversation about the weather it needs to work in a way that moves the story along.

‘It’s chucking it down.’ Arthur glanced out of the window.

‘That wasn’t on BBC Weather.’ Maeve glared at her tablet.

‘At least it’ll have softened the ground up.’

‘Too right. What do you reckon about footprints though?’

What does this exchange imply about Arthur and Maeve? What might they be up to? How does this impression build over each of the six lines of dialogue? Can you ‘see’ the beats?

How to structure dialogue in a story

Now we’ve looked at how to write dialogue in a story and what good dialogue does, let’s look at how to set it out. There are stylistic conventions to writing dialogue and although you don’t have to follow them – and many writers don’t, particularly if they’re writing literary fiction and experimenting with voices and form – it’s always good to be aware of what the general rules are before you break them.

If you want to include an attribution after the spoken words, use a comma after the speech and before the second inverted comma:

If you want to put the attribution first, the comma comes after the dialogue tag.

Interrupted dialogue is set out like this in a single sentence.

You can also split the sentence, so:

In both cases, all the speech is within the inverted commas.

If you want to write interrupted speech, do it like this:

If the last punctuation point in a line of dialogue is a question, set it out with the question mark replacing the comma or full stop.

All the speech is still within the inverted commas. The same with an exclamation mark:

If you want to put a full stop at the end of the speech don’t follow it with a new sentence consisting of the dialogue tag.

You don’t always need to use dialogue tags. Every line of dialogue does not need to be attributed.

As long as the reader knows who is speaking and when, you don’t need to hammer home the point by continually repeating ‘said Emma’, ‘said Peter’, ‘she mentioned’, ‘he explained’. Your dialogue will quickly feel clunky if you do that. It reinforces the presence of a writer directing operations and detracts from the impression that people are talking, which is what you want to achieve with your dialogue.

Unless there’s a very good reason for it, keep dialogue tags simple. ‘He said’ or ‘said Emma’ will do just fine. That way, if you need to use ‘mentioned,’ ‘described,’ ‘explained’ or anything else that directs a reader’s attention to the way a character speaks, it will have impact. Otherwise, the most effective written dialogue is where what the characters are saying speaks for itself.

Through the dialogue you’ve written, what sort of characters are Luke and Jodie turning out to be? What sort of conflict is the dialogue revealing? And what might happen? If you’re inspired by this exercise to carry on writing their story, follow these seven steps to writing a new short story!

Learning how to write and structure dialogue in a story will help bring your writing to life and enable readers to really get to know your characters. If you want to progress your novel-writing further and add to your writer’s toolkit, why not dedicate a few hours each week to a novel writing course that you can do at your own pace?

It's a Sin by Steve Burford

Reclaiming Ourselves by Emma Kathryn

The Collis Valle Saga: Book 1: The Salt Mine by A J Gilham