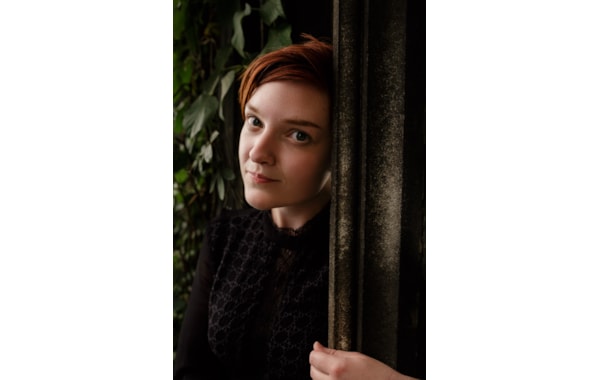 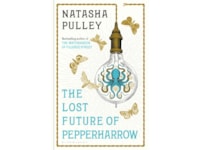 It’s quite strange to write a sequel.

I move around a lot in the real world — I’ve lived in China, Japan, and Peru — and coming back to the characters and the world of The Watchmaker of Filigree Street felt a lot like going back to a country I once knew well, but whose language I’d forgotten and whose memory had faded.

Five years doesn’t sound like very long, but I promise, leave Japan even for six weeks and it’s worryingly easy to forget just how enormous a task it is to negotiate with a vending machine in a language totally different to your mother tongue, and all the embarrassment that ensues as passersby look at you like they’re wondering whether a nice burly man in scrubs ought to be escorting you.

Getting back into the late nineteenth century, and getting back to the those characters, felt like meeting the Tokyo station vending machines again after a long time away.

The first draft of The Lost Future of Pepperharrow was horrendous. Nothing made sense and none of the characters were likeable; I had no idea what I was doing. But that’s actually okay to normal, if you’re going back to another country after a long break. Obviously you’ve forgotten the word for chocolate milkshake and obviously you have to rehearse frenziedly before you buy a bus ticket. Even then, you’ll probably embarrass yourself and accidentally ask how someone’s prisoner is when you mean their husband (I joke not. Shujin vs shuujin; not sounds the English ear is very attuned to. And: I used to live in the north of Japan, where the word for husband is dana-san. In Tokyo — cue hilarity here from my boss — it means pimp).

Here’s an irritating thing about languages, and I believe it holds up well for novels too. Your head has two language boxes: ‘My Own Language’, and ‘Others’. ‘Others’ will overlay every new language you learn, but it will prioritise the most recent. This is why, when I first tried to order coffee in Lima, I came out with Japanese; and when I first tried to speak Japanese, what emerged was my stupid schoolgirl French. When I came to write Pepperharrow, the most recent thing I’d written was a book about Peru, and so my head was still there. My writing brain was full of eager and useless facts about the Inca. To move Japan and the characters of Watchmaker back to the forefront of my mind took months; just like it takes months to move the new language to the top of the ‘Others’ box.

Once they were there at the forefront of things, though, it was all far more fluent. I went back over old drafts and laughed at all the silly mistakes I’d made, and started to love writing new things. Oddly, I started to remember better too. In Pepperharrow, the characters travel to Japan, and for one of them, it’s the first time he’s seen it. It sounds absurd, but for a good while, I couldn’t remember what it felt like to arrive in Tokyo for the first time. I don’t know about you, but massive changes often start to look like fever dreams in my memory, and like dreams, they’re peculiarly easy to forget.

It came back, though. I remembered that, and I remembered the characters, and how they spoke, often with rather a concerning vividness. For anyone who’s writing, though, I can say with all confidence that the state of mind most useful for the production of anything as long as novel is a hearing-voices level of strangeness. You do just have to go a bit mad for a while.

Sometimes people ask if I’m going to make these books into a series, and write another Watchmaker book after Pepperharrow. Honestly, I don’t know. For now, my head is in Soviet Russia in the 1950s. All I can say for certain is that it will take some time to push something else to the top of the box.

If you need to find a way back into a fictional world, and are worried about writer's block, don't panic - check out these top tips for getting into the writing zone.

Arabella and the Magic Pencil

The Prisoner in the Tower