SK Sharp is a debut crime writer, but I Know What I Saw is not his first novel - he's also the author of over 20 fantasy and science fiction books as Stephen Deas. He told Writers Online why he decided to switch genres and the different techniques his novels required.

What do you mean, no lasers?

In a couple of weeks (out now, when you’re reading this), I know What I Saw will be published. This is my first contemporary thriller but my twenty-first novel. Most of the others have involved dragons, swords, spaceships, muskets or aliens in one form or another. As a science fiction/fantasy/historical fiction writer who’s strayed out of the barn, I sometimes get asked (usually by other SFF writers) why I’d want to. I don’t really have an answer to that, except why not? The next question is usually so, what’s it like out there? Is it any different? Something along those lines, anyway. Bear with me for the next thousand words or so and I’ll try to answer.

To a large extent, I don’t know yet, since I’m writing this ahead of publication date. The process of getting from a decent submission draft to printed pages stuck on an obscure shelf in the corner of three Waterstones scattered across the country? Exactly the same. The running around begging for cover quotes and the reviews and guest spots on blogs and the like? Different names but otherwise familiar. The not being feted throughout the literary press (or indeed any part of it) as an astonishing new voice of the genre? Too early to tell, but I’m going to guess that’ll be much the same too.

But the actual writing… that was different. In a quite specific way, it was both easier and more difficult. If you’ll take the premise that there are three basic pillars to a story: plot, character and the world in which it’s set, then I’ll happily argue that the development of character and the structure of plot aren’t fundamentally different as you move from genre to genre. No, the big difference between I Know What I Saw and the other books I’ve written comes down to the world-building.

You all know what I mean by world-building? We talk about this all the time in science fiction and fantasy: the construction of a believable world that consistently operates by its own rules. As a dumb and obvious example, let’s suppose you’re a fantasy writer. Fantasy often has dragons. Dragons can often breathe fire. Your dragons, you decide, can’t. Your dragons have been merrily demonstrating the lack of this ability since the opening pages of your story. What you can’t then do is suddenly have one of them unleash an inferno just because it’s convenient to the plot.

Put like that, I hope it’s obvious what I’m getting at: once you’ve established the rules of your made-up world, you have to live by them. Good world-building in fantasy and science fiction isn’t only about establishing a constitution of rules that define how a world works. It’s about making them consistent with one another, and then establishing them in such a way that they slide into place around the reader without the reader ever noticing. It’s about thinking through the implications of those rules and then applying them with ruthless consistency. You have tame dragons? Fine, but have you thought through what this means for the transport infrastructure and for the construction industry? What about communications? Trade? Agriculture? What supporting economy feed them?

I’d argue that world-building is almost the point of science fiction and fantasy. The what if adventure or thought-experiment, the sense of wonder, it starts from how you define the rules and how they differ from the real world. You’re taking your readers on a voyage of exploration into a place they’ve never seen, into ideas they’ve never considered. As I write the first draft, I’m taking myself on that same voyage, too. Writing fiction set in the real world isn’t like that. The rules are already set. The world works the way it works. Stuff happened as it happened and you can’t change that, because people can look it up and write you angry emails (and they will, too). Worse, there’s a swathe of people out there who know the bit of the real world you’re writing intimately well. Better than you do, perhaps. A story set in modern-day Mumbai is a voyage into the unknown for someone like me, who’s never been there… but not for the millions who live there. I Know What I Saw is mostly set in a fictional suburb of London, some in the here and now, some of it in the mid-eighties. For a lot of the people, myself included, that’s not a voyage of adventure but one of nostalgia, a journey into memory. I’m not saying that contemporary fiction can’t take you on a voyage of exploration to an unknown world because of course it can. But I Know What I Saw isn’t one of those stories, while science fiction and fantasy almost always is.

It’s not black and white. My teenage kids, for example, might see it differently. For them the 1980s probably feels like historical fiction, a journey back to the Dark Ages. “Oh My God! No Internet! How did you people live?” Actually, given the way the world has changed over the last year, maybe the whole novel feels like historical fiction by now. Harken to my tale! ‘Tis a story of theBefore Times, when folk could go out freely, and meet people in their houses, and have drinks in pubs together, and gather in public places… But I digress. But they’re not going to read it, and I Know What I Saw is explicitly a journey about memory.

Research and following your own rules

I found that difference fundamental. On the one hand, there was no need to worry about consistency: whether it makes sense or not, it’s what the world actually was. Research is straightforward when you’re writing a world you’ve lived through, where every piece of half-remembered trivia can be confirmed or corrected by a simple internet search. In other ways, though, it felt harder to write in the real world. In science fiction and fantasy, you can change the rules from draft to draft if you want. Premise wrecked by that rule you set about dragons not breathing fire? No problem! Simply change the world so they do breathe fire, all the time, whether they want to or not, or only sometimes, or only once a day and it has to be a Tuesday and only in the afternoon and when there’s a full moon… Okay, maybe not that one, but you get the idea – a science fiction and fantasy writer has the option to change the rules to fit the story they want to tell. As long as those rules are complete and coherent for the draft that goes to print, it doesn’t matter much they changed in the process of getting there. And if that sounds somehow like a cheat, or easy, it’s neither of those things – the purpose of a made-up world is to showcase the premise and themes of the story it’s there to host. It’s hard to do it well, and when it is done well, it’s often barely noticed. But it is a freedom, and writing in the real world denies that freedom. If something doesn’t work, you can’t simply change the rules. It felt like one of my favourite tools for fixing problems suddenly wasn’t there. 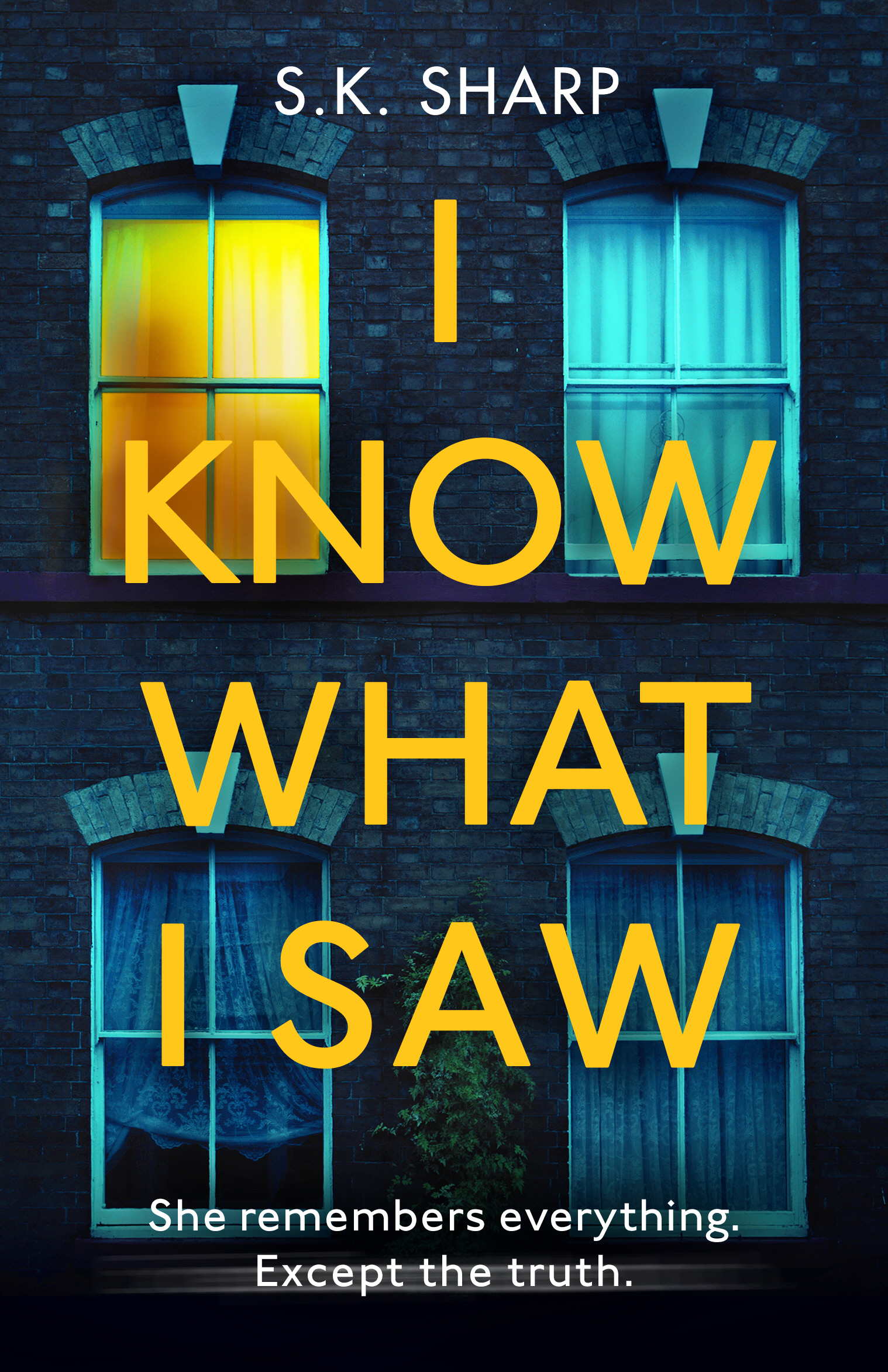 I’m not saying that writing in the real world is objectively harder. I found it harder, but that could be down to degrees of practice. Different, though? Yes. The world of I Know What I Saw isn’t my world, it’s the world. Like it or not, strange and perverse as it sometimes is.

I know what I saw, by SK Sharp, is out now, published by Arrow

• If you'd like to get started in crime writing, see our creative writing course, How to write crime