How to write about food As an ‘author by night,’ ‘restaurant marketer by day,’* it is perhaps unsurprising that food and drink worm their way into my writing.

My debut novel, My Name Is Anna, is partly set in Florida, where the eponymous Anna’s experiences are punctuated by the citric burst of oranges, the cloying sweetness of frozen waffles drenched in maple syrup, the Proustian taste of theme park candy floss that leads her to discover the secrets of past. My second novel, Out of Her Depth, is infused with the smells and tastes of Italian cooking, drawing upon my own memories of childhood summers on the Italian coast, and a period living and studying in Florence.

The descriptions of food are not incidental; they’re intrinsic to the books, highlighting how descriptions of or encounters with food can be a powerful authorial tool. It can help with world building, and to give a sense of place, like the distinctly Mexican magical realism of Like Water for Chocolate. It can connect with readers on deeper sensory level, as in Proust’s iconic Madeline moment in Swann’s Way, or the heightened sensuality of chocolate in Joanne Harris’s Chocolat. And it can even convey a character’s thoughts and attributes in a subtle, more interesting way. In American Pyscho, Bret Easton uses elaborate, almost improbable descriptions of New American cuisine to parody Patrick Bateman’s fixation with conforming to Yuppie New York taste making; in a close reading of Emily Bronte’s Wuthering Heights, you can determine Cathy’s mental state precisely by when she will and will not eat.

Out of Her Depth is the story of Rachel, a young woman who spends a summer in the Tuscan hills, where she falls in with a crowd of privileged expats, spearheaded by the glamourous Diana, and food in the book underpins Rachel’s experiences, acting as both scene setter and status symbol.

The bird-like Diana nibbles at the edges of croissants, orders a whole fish she has no intention of eating, wags a finger at Rachel for ordering a cappuccino after noon. Her attitude to food and its cost is sophisticated, nonchalant, and vaguely anorexic, whilst Rachel scrabbles behind her, staring dubiously at a raw plate of steak tartare Diana orders them, limits herself to a single starter at a sumptuous restaurant meal she can’t afford. Elsewhere, drinks are equally maximalist: a bottle of shamelessly un-native Dom Perignon, ordered with the flick of a wrist; an eye-wateringly expensive ‘Super Tuscan Tignanello 1985’ red wine: portraying the lavish disaffectedness of Rachel’s new friends. When the latter is ordered, she recounts, ‘I didn’t know what any of these words meant, but from the look on the others’ faces, I didn’t need to: they were all code for ‘very expensive.’’

One of my deepest memories of Italian food is pesto: the unctuous, bright green sauce that is the quintessence of Italian flavour, somehow both luxurious and quotidian. As children in Tuscany we plucked pine nuts straight from the cones, the sauce was one of the first dishes I cooked in Florence (a disastrous incident involving mid-May heat and a Pound Shop blender), whilst on trips to Liguria we would eat the stuff slathered on pizza, freshly baked focaccia or ‘traditionally’ paired with green beans, potatoes and twisted ‘trofie’ pasta.

In Out of Her Depth it features vividly in a key moment of tension. At a dinner in Cinque Terre, Rachel knows that the manipulative Diana is about to unravel an important secret. Nervously, she orders pesto, but is confused when it arrives in the traditional Ligurian manner, much to the amusement of worldly Diana, ‘Darling it’s what you eat here – it’s molto tradizionale.’  The moment marks out Rachel’s comparatively low status, but as the action intensifies, the dish itself also becomes cloying and hard to eat, an indication of her anxious state.

Tellingly, in this same scene Diana orders a steak, and Rachel recalls that it the only time she remembers her finishing a meal.

• Less is more. You’re not a food critic; you don’t need to recount a whole meal from start to finish.
• But saying that, if you want inspiration for how to write about food, have a browse through restaurant reviews, making a note of any expressions you particularly like.
• Make it relevant. Food in fiction should add to, not take away from, the narrative.
• Employ all the senses. Eating is a multi-sensory experience, so think about what it looks like, smells like…even feels like…rather than just taste alone.
• Get specific. Think about your characters in relation to food – what they would like and dislike, how they would eat, even how they would hold their cutlery. Done right, showing your character eating can illuminate their personality.

* for the past 11 years, I have acted as Head of Brand and Marketing for my brother’s restaurant group, The Hush Collection. 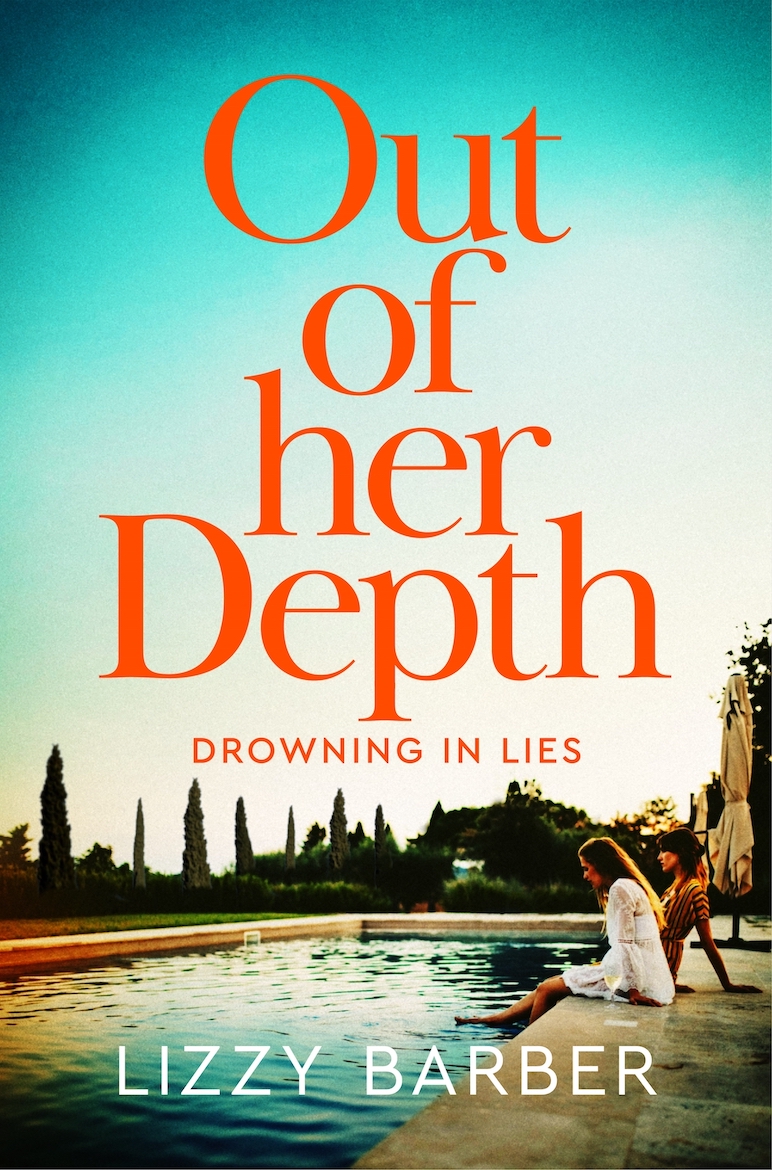 Out of Her Depth by Lizzy Barber is published by Pan

Inspired by Lizzy's ideas? Why not do this food-themed creative writing exercise?