How to write a ghost story 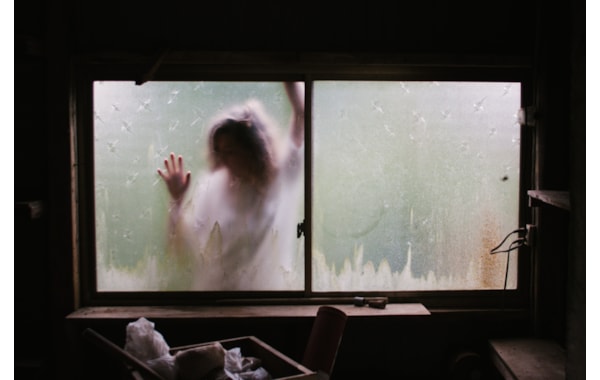 Ten top tips for writing a spooky story for Halloween

1. Decide on a mood or atmosphere.

Ghost stories are all about atmosphere. Everyone reading one knows they are going to encounter a ghost of some kind – they’re looking to be caught up in the mood of your story. Is your ghost story going to be scary, terrifying, chilling, romantic, nostalgic, weird, creepy? Everything you write in a ghost story and the effect it will have on its readers will be determined by the atmosphere you want to create. A good ghost story will leave an impression in the reader’s mind because of the atmosphere it conjures – your ghost will haunt the reader if you conjure it well.

The location in a ghost story is the writer’s first and best way of creating a haunting atmosphere. Isolated, lonely places, buildings with unhappy histories, places where something terrible has happened regularly crop up in ghost stories for a reason. Rather than fall back on haunted house or fright night clichés, think how you can add an original twist to familiar ghost story tropes to give an original spin to your ghost story.

3. Who is the protagonist of this story?

Why are they in the location you’ve chosen? What are the circumstances that make them susceptible to being haunted? It’s worth paying attention to the reasons that your character might be susceptible to haunting – it might be that they are coming to terms with something that mirrors the ghost’s story, or that they have a history that draws them into circumstances where the ghost might decide to make their presence felt. Make your lead character as three-dimensional as you can – they are not merely a cipher for the ghost to put in an appearance.

The meat of a ghost story is in its backstory – the reason a place is haunted, or an apparition appears. Who is the ghost in your story, what happened to them and what is their motive for appearing? What is it that binds them to a particular place? The story you are ostensibly telling in ghost fiction is a layer superimposed over another story that will not become apparent until the end.

5. Who is telling the story, and from what perspective?

Is your story unrolling in realtime, giving it a filmic quality? In this case, you could consider using a first person narrator, or a very close third-person. Is it being recounted as an event that has taken place a long time ago? It would work well in the past tense, told in the third person, or perhaps given a first-person narrator describing events that took place in the past – in which case, you’ll need to set up a narrative frame where this character describes how they got drawn into the ghost story they are recounting. This device was very popular with the writers of classic Victorian and early 20th century ghost story writers and if it was good enough for MR James it’s certainly good enough for us.

6. What kind of fright do you want?

Do you want your readers to jump, scream, shudder or feel spooked? Do you want a sense of creeping unease? Or the quiet sense that there is someone unseen in the room with your narrator? Ensure your fright level fits with the personality of your ghost and the mood you want to create in your story. Your fright will depend on how malevolent your spectre is and their reasons for haunting – the ghost of a vengeful, betrayed warlord who died in a political coup is going to behave very differently from a family ghost who doesn’t want to leave their home.

7. What is the ghost/spectre’s reason for being there?

Ghosts don’t just appear – they appear for a reason. That reason may be sad, malevolent, yearning, romantic, vengeful – whatever it is, making sure their story is well conveyed will add a vital layer to your ghost story and draw the reader into the world you have created.

8. How does the haunting manifest itself?

How are you going to show it? Everything in your story should build up to this reveal. To make it truly effective the writer needs to carefully build up the tension to the point that the reader feels increasingly on edge as they await the ghostly manifestation or haunting – they know it’s coming and anticipating it is part of the pleasure of reading a ghost story. So don’t let them down – when your ghost or spectre puts in their first appearance, make it worth waiting for.

9. Leave it to the reader’s imagination.

What is not said, or implied, is always more powerful than what is spelled out. Create spaces in your ghost story where the reader can let their mind wander and conjure images. A lot of the power in ghost tales comes from the power of suggestion, so turn this to your advantage to create a memorably spooky atmosphere.

Build up the whole story to the reveal. The sense of delicious, shivering anticipation is a major part of the pleasure of reading a ghost story. By all means set up the story to prime the reader for a ghostly appearance, and suggest that an appearance may be imminent – but making them wait for your ghost will enhance their reading experience. Just make sure your ghost is worth waiting for! Happy writing, and happy haunting.

Read The Wayward Girls author Amanda Mason on why writers are so drawn to creating ghost stories.