Taylor Jenkins Reid: Behind the scenes of Malibu Rising 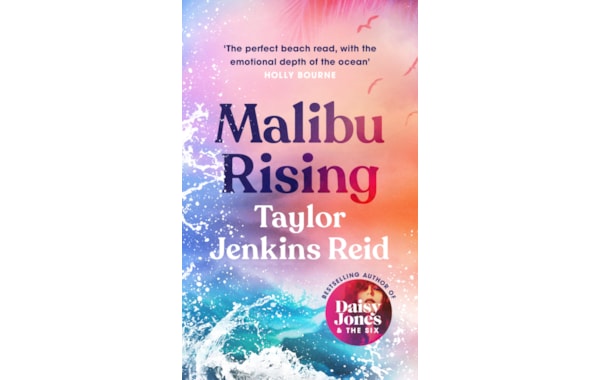 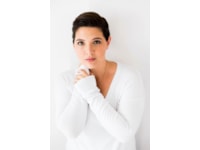 The author of runaway bestseller Daisy Jones and the Six gives an insight into her new novel, Malibu Rising

Set in the 1980s, Malibu Rising tells the story of one unforgettable night in the life of a family of surfers, snappers, singers and supermodels.

Each of the Riva siblings feels so real and unique in their own way. Did you have a real-life inspiration for the Riva family, or how did the characters come to life on the page?

Thank you for saying that! The Rivas came to life as I began to understand their parents, June and Mick. And then it became about how each of the siblings were shaped by the others.

Nina is the first-born dutiful daughter, Jay thinks he’s the man of the house, Hud is always trying to smooth things over for Jay, and Kit has this chip on her shoulder, the one always left out. All of that is based on what they’ve learned from one another.

And it speaks to just how entangled they are, too. The Rivas are sort of a house of cards in that way. If you took out one of them, the other three would fall. They wouldn’t make sense to themselves anymore.

Why did you decide to set the main action of the story over the course of just twenty-four hours?

I wanted to take on the idea of a 'day in the life' of a group of famous siblings.

The idea of a party that grows wildly out of control had been in the back of my mind for a few years. And just like some of my other novels, which have taken me a while of thinking about before they could come to fruition, this one sort of sat there waiting for me to figure out how to tell it.

Once I hit on the idea that we are seeing a family over the twenty fours leading into a party and then the party itself, the structure for the novel became clear to me.

There’s a distinct sense of time and place with the setting of 1980s Malibu. What made you choose to set the story there?

And how could the answer not, at some point, be Malibu? I’m a water person. I feel instantly at ease standing in front of the ocean. And Malibu has long been one of my favourite places on the planet. The Pacific Coast Highway, the mountains, the waves. I remember the first time I ever drove through the Santa Monica Mountains, they took my breath away. I could not believe I was in the middle of a canyon that beautiful.

As for the time period, I had just finished Daisy Jones and the Six, which takes place in the late 70s, and I could feel the excess of the 80s looming ahead in the timeline. It felt like a fun idea to throw myself into that.

What are other books or writers that influenced you when writing Malibu Rising?

You know, it feels obvious now but during the writing of the novel, I forgot just how much I was inspired by The Great Gatsby. It’s the party, obviously. The name-dropping, and the excess. But I also think there’s the element of carelessness that first came in full focus for me in Gatsby and runs throughout the novel for some characters.

And finally, if you could create a soundtrack to the book, which songs or artists would it feature?

I mean, this is the fun stuff. ’80s music is a treasure trove of joy. I thought a lot about which characters would be listening to which bands. Jay and Hud and even Kit would probably love Van Halen. Nina loves Queen and Blondie, the Talking Heads. Everybody loves Depeche Mode and Prince. You have early hip-hop getting big, like Grandmaster Flash and Run DMC. But I have to say the one song that never fully appreciated until writing this is Pat Benetar’s Shadows of the Night. A true gem for the ages.

Malibu Rising is published by Hutchinson (£12.99).

Taylor Jenkins Reid featured as Writing Magazine's star interview in the May 2019 issue, talking about Daisy Jones and the Six - check it out here!