Worldbuilding is crucial for fantasy writers. Ian Green tells you how to do it.

Ian Green is the author of epic fantasy novel The Gauntlet and the Fist Beneath, a breakneck adventure in a unique fantasy world of animist gods and brutal military juntas.

When writing fantasy, to capture readers you must enchant them with your world. Here are a few essentials to get you started with creating your fantasy world!

Your magic system can be a convoluted and utterly precise ‘hard’ magic system, or a loose and evocative ‘soft’ magic system. The key is that you understand its power, its costs, its limitations, and its impact on the wider world. How does your system work? Can everyone access it, or a chosen few? Does it work the same way everywhere? This magic might impact mountain ranges as much as it does town planning or individual lives, so it is worth considering early on whilst worldbuilding! Think about how this magic might impact the physical world - a magical cataclysm could have scarred the land, or magical terraforming could have utterly changed the whole globe. If magic is prevalent or rare, the impact on culture and history will be different!

The elements shape the culture and the history of the people who live in a region. Is your world diverse in its biomes and ecosystems? Differing environments can act as borders - the people farming the low hills might never delve into the canyon labyrinths beyond. You can take elements of our environment you find striking, or you think might play into your culture. Geography in our world follows rules - rivers flow a certain way, mountains tend to burst forth in familiar patterns. It can be different in your world - but if it is, you should know why, and be consistent with your own rules. Think about where your characters live and where they are going, if it is cold or hot or wet or dry or crusted in snow. Draw out a quick map of all of the main regions and features of your world- mountains, rivers, oceans, and natural wonders!

People often settle around resources - water, food, shelter (or even magic!). From there, trade links and defensive boundaries will develop. Think about your physical map and where people have settled. Who is nearby – friend or foe? Your magic system may have affected the placement of these people as well. If you are building an entire world, broad-stroke summaries of big regions and powers can be handy. Think about how they might have worked with and against each other, and what the feeling will be when your story begins. There are many types of nations and societies - as you decide what type lives in what region, think about what might have caused a society to develop in that direction. This is a great chance to work on the cultures of your people as well - think of this as a product of place. A resource-rich and safe culture might be very different from survivalist nomads living on tundra scarred by ancient magic. Consider how the combination of landscape, magic, and the pressures of survival would mould the different peoples of your world. Think about the story you want to tell - if it is war after centuries of peace, how did the peace come about and why is the shadow of war looming now? It is important to think here about how technologically developed your societies are (and how uneven this distribution may be). If creatures other than humans have societies in your world, what are they? Do they have the same needs for resources? If so this may have led to conflict or co-operation - if not, they may be a people apart, physically distant from your main population centres.

• The bias of character

It is worth considering how much your characters really know about the world. A far-off city across a stormy ocean might be a rumour, or a legend. History is written by the victor - consider how different viewpoints might exist of important moments in the history you’ve created. One person’s glorious campaign to keep an empire safe could be is another’s imperial land-grab. These kind of disconnects in perception between characters will help give your world a depth that will draw in the reader, and can provide key points of contention that might drive conflict. How would these differences in perception manifest in action? If there is magic, or powerful gods, how are they viewed - and is this a personal matter or a cultural one? Worldbuilding is an unceasing chain of questions, but here you should consider that many questions have more than one answer.

Now that you know the regions of your worlds and the people across it, get it down on paper! Don’t worry too much about scales and precision at first. Remember the potential bias of your map-maker - is this the omniscient map of the creator of this world for reference, or a document that a character might find, created by another within that world? Those maps may have very different layers of information on them. Drawing out maps of towns and cities your characters visit can also help orientate you during action scenes - if you know your chase would run through the fish market, you can write that scene in! By preparing a detailed map, you have a quick reference whilst writing of all of the factors that might play a role in your tale. 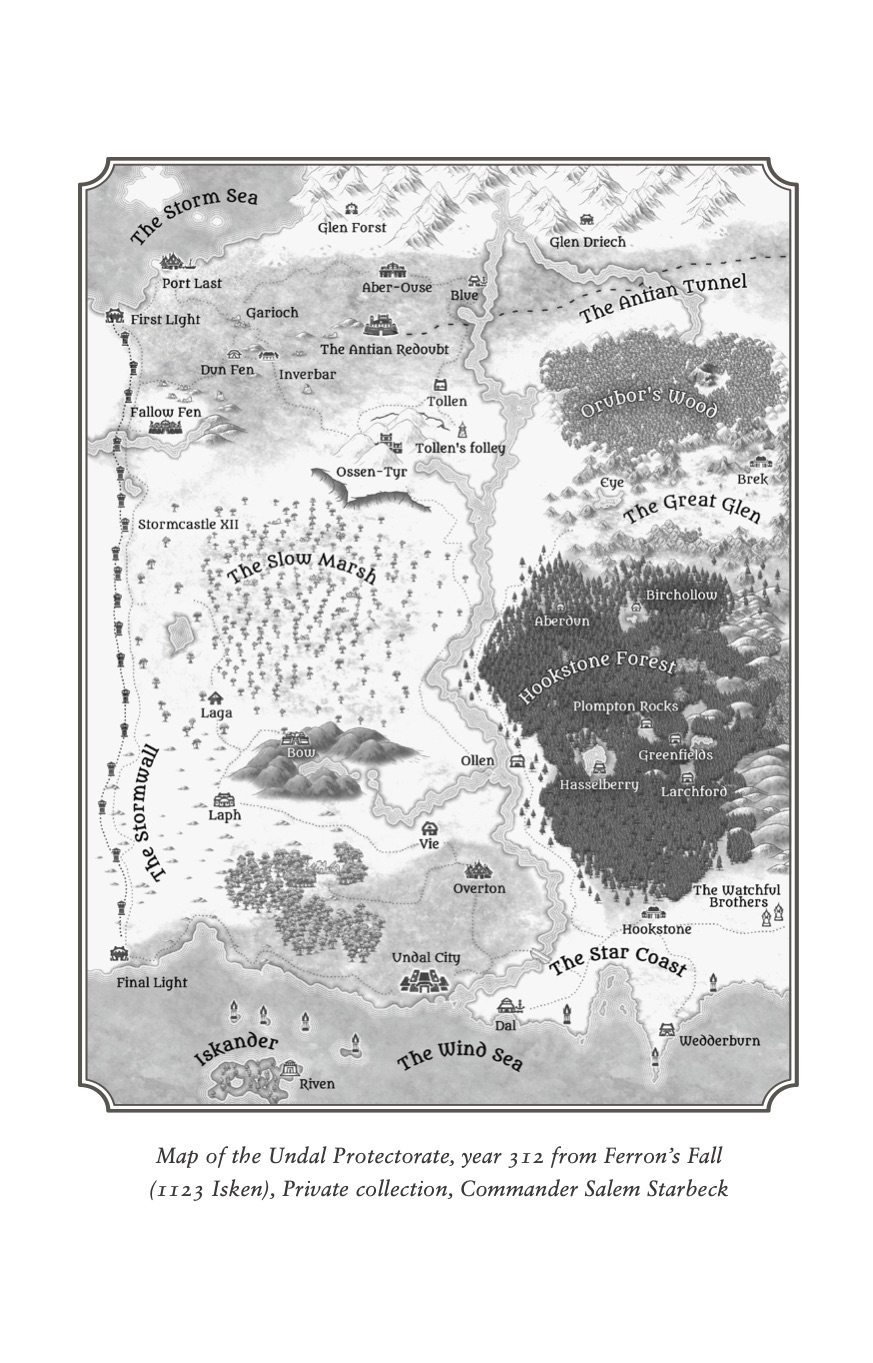 The Gauntlet and the Fist Beneath is published by Head of Zeus imprint Ad Astra. Find out more about Ian at www.ianthegreen.com.

Read why The Crow Folk author Mark Stay thinks fantasy delivers so much more than escapism.