The one thing that sticks out for me about writing for over 30 years, is that it doesn’t get any easier with time.

Maybe I write in a more polished way now, but in the early years it was a hunger to tell stories which kept me at it for very long hours. I can still think up story lines, especially when I’m half asleep in bed, but the next morning the idea has often gone. Even when I retain the idea and make a start it’s a very daunting thought that even as I write page one, I’ve got at least another five hundred pages to go. Cleaning out the cutlery drawer or washing the kitchen floor looks more attractive to me. But writing is about plodding on, sticking with it.

Someone once dubbed me ‘Persistent Pearse’, and I certainly was at the start. Rejected more times than I care to remember I carried on regardless, with a quiet conviction I would get there eventually.

So, my best advice for any would-be writer is if you really want it, you have to plod on, believing in yourself.  Just as you would have to do for any dream job, be that concert pianist, gymnast or an actor. Fortunately writing does not involve sweating, strained muscles, or even any equipment. But you need practise. Each thing you write, whether a short story, a book or just keeping a diary, is PRACTISE. The more you write the better you will become. You must also read. Not, I am quick to point out, to steal some ideas, but to study the way other writers craft their work.

When I first started writing I didn’t even put in any dialogue. I laugh at myself for that now, how dense was I that I didn’t realise it was essential? Of course, it is, not just to move the story along, but because dialogue is important to let the readers know about the speaker’s character. The way people speak gives us a great deal of information. An educated person, a country girl or boy, a modern youngster, a harassed mother or a workman, their voice, the words they use, their accent tells us who they are and where they are from. Though be careful at trying to write dialect, as it is irritating to readers. Just a phrase here and there can do that. You may have already said that Bronwen has a lovely sing song Welsh accent, but you can use a phrase such as, ‘She keeps a tidy house,' to drive the Welshness message home.

I like to start my books with something dramatic. Gone are the days when a writer could get away with a couple of pages of description of a sunset, or a storm brewing, people like to be taken straight into action.  This does have the added advantage of making me want to stay at my desk, if I feel excited, weepy or angry, I think my reader probably will feel that too.

People often ask me if I use people I know as characters in my books. I don’t. Never, except on rare occasions when someone has won the right to be one of my characters in a charity auction. Even then I don’t write them in as they really are, but perhaps how they’d like to be. The reason I don’t use people I know is that because if I did, I’d feel they were standing behind me as I write, judging each word, and I couldn’t make the fictitious character do something they would never do.

What do you need to find out?

Finally, research is very important. If you are going to write about a place, go there and look at it. I remember once setting a story in New Orleans and my agent saying his heart sunk because he knew I hadn’t been there. Years later when I finally went there, I understood what he meant. It’s the sounds, the smells, the atmosphere. You can’t get that accurately from a guidebook.

How many more books will I write? I don’t know. Maybe I need to go somewhere exotic, a bit dangerous and another book will come to me. 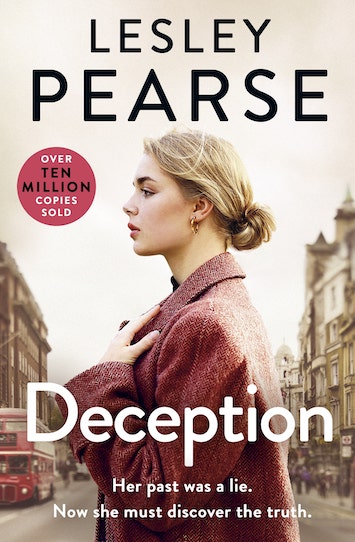