How to write funny fiction with Hannah Rothschild 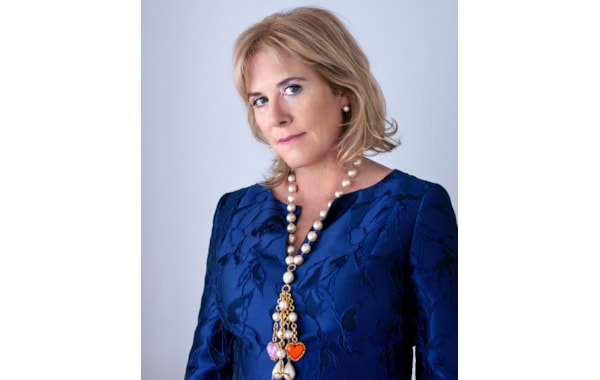 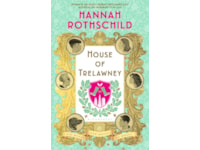 The acclaimed novelist, who won the Wodehouse prize for comic fiction with her 2015 debut The Improbability of Love, talks about her approach to writing humorous fiction

Finding your voice and tone is vital.

With The Improbability of Love – my first novel – it was an idea I’d had many. Many years earlier. I’d had an idea about a talking picture, it’s history, the Nazi theme. The problem had always being finding the tone: finding my voice, and having the confidence to use it. When I found my voice was comic and satirical it all flowed. That was my schtick, if you like.

Write for one person.

Someone advised me to write as if you were writing a letter to someone you don’t know very well, and you’re slightly in awe of them. I imagined writing to someone I knew who occupied that space: he’s clever, mercurial, gets bored quite easily. And from that the tone emerged.

Look for the humour in a situation.

One of my maxims is not to take things too seriously. I like seeing the ridiculous in things. If I get low, if I can find the humour in something, see the ridiculous, that’s the way out. When I’m writing – or even on the tube. I think that’s my thing, trying to find humour.

Humour in fiction depends. If I read Howard Jacobson, he’s so sardonic and brilliant, the way he takes a situation and messes with it. But other people have very good one-liners, like Evelyn Waugh. In Vile Bodies, the first person you meet is Father Rothschild – a famous Jewish name – and you just know. He sets you up to have fun. Edward St Aubyn, who wrote the Melrose books – he takes the darkest of subjects and just stops it from being too depressing by the razor-sharp way he uses sentences. I love Nancy Mitford and Barbara Pym – Nancy Mitford makes us laugh because her characters and situations are quite extreme, whereas Barbara Pym is much more nuanced and subtle comedy of manners. There are people writing humour very brilliantly now – for instance Tom Rachman. But I think there is an all-pervading seriousness in the literature that is being read today, and a lot of the time humour is seen as being a poor relation, a bit lightweight.

Find the sense of the absurd.

In House of Trelawney, you’ve got this ancient couple dressing for dinner every night even though it’s mince, and pretending this lifestyle still exists. That situational comedy is what I try to do. And if occasionally a good line comes out…

It starts with ideas in a shoebox. I’ll start writing down themes. In House of Trelawney I wanted to look at the fallout from 2008 – the financial crisis affected a lot of people and I wanted to explore that. I wanted to explore female friendships, and what we hang on to from the past. I wanted to think about about England, and are we any more than a heritage industry? Then I start to get ideas for characters, and attaching a theme to a character. Then I make a board and start to assemble themes and layers, one on top of the other. I have a kind of map. Then I set off on the voyage of writing, and keep each character in their comfort zone, their theme. Then I go back forensically.

The most important thing to do is write

That sounds banal but you have to do it. It’s the perspiration that matters – turning up and getting your thoughts down and turning up again and again and again. And then you tear things up, and keep going. It’s just doing it, and not worrying about the consequences.

Try to have fun

If you’re trying to do humour and you’re not amusing yourself, you’re not going to amuse a reader.

Some writers are very confident, but I’m not.

I don’t laugh at my writing but I do know when I think something’s working. I can absolutely promise you though that it will have to be on the shelf with readers for years before I can see if it works or not.

I’d like there to be another Trelawney book, possibly two

I like this family. I’d like them to come back. I’ve got my shoebox. I’m putting ideas into it.