Author and composer David Evans describes how his books and music became the topic of discussion on an American radio show. His message to all writers is – commit. Keep going – you never know what will happen or who you will meet!

‘This Monday tune in live to #AccentOn! on #latalkradio channel1 from 6-7pm pacific time. Your host #ilonaeuropa will present Part 2 of our interview with David Evans! We continue our conversation with author, writer, and creator of Henry VIII and His Six Wives - learning about the various books and other musical projects David has written. He shares with us how his book Talking About Henry can help our listeners achieve their goals, just as he brought his Contemporary Soundtrack: Henry VIII to life!

David also talked about his book Depicted: Eight Short Stories of Life's Dilemmas, Mysteries and Surprises. His fascinating process of observing paintings in galleries and writing short stories inspired by the artwork he saw.

What? An hour-long radio programme all about me! My books! My music! In LA! Unbelievable. And not only that, this was Part 2. There had already been another hour long programme the previous week.

Why am I telling you this? Because I find it fascinating to see how in the creative field, whether it be writing, music, art or whatever your passion, one thing can lead to another, actions and achievements become connected, and you arrive at unlikely places. This is what happened to me and I want to share it with you, to encourage you to keep going when times get tough or you lose motivation.

So, how did I end up being interviewed on an American radio show? I’ll come to that in a little while but first the background to the books and how everything came together, culminating in a showcase of all my creative pursuits! 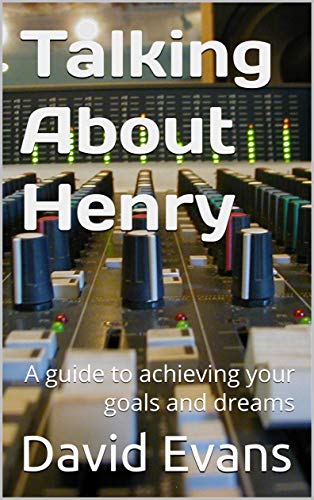 My self-help book, Talking About Henry: A guide to achieving your goals and dreams, arose through the revisiting of a musical version of the story of Henry VIII and his six wives which I had written in the seventies. My initial interest in songwriting goes back to my teens, and in my early twenties I recorded the Henry songs with a few friends on an old Tandberg reel to reel tape recorder – just the four of us recording each song in one take. However, nothing ever happened with the musical and it had lingered in the cupboard ever since. Fast forward forty years and I decided to re-record the songs professionally with a more modern vibe and release an album. The result was Henry VIII and His Six Wives: A Contemporary Soundtrack. 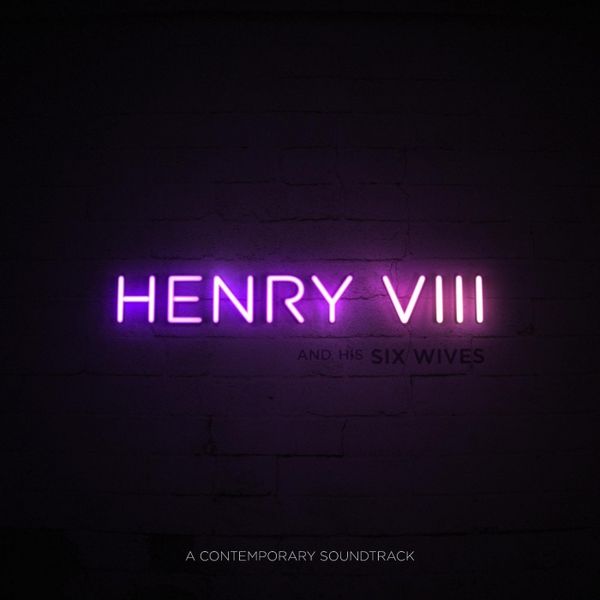 I had never done anything like this before and embarked on the project with some trepidation. What I found to be of particular interest when setting out on this journey was how, once I’d made a start and committed wholeheartedly to the time and effort this was going to take, things seemed to slot in to place, one thing led to another, to the point where the album was performed live at The National Portrait Gallery.

Also, being an accredited life coach, I was interested in how I managed to complete this project, as I am not a music specialist, a recording artist or a producer, and now, having achieved something very special for myself, I naturally wanted to help others achieve their goals. I came up with several factors that I felt promoted progress. I called them my ‘guiding principles’ and I wrote a draft ‘self-help’ book describing how I applied these principles encouraging readers to apply them for themselves in their quest to achieve their own goals. At that time, I didn’t take it any further. However, the vast majority of the work had been completed for its re-emergence a couple of years later.

I thoroughly enjoyed writing the draft. I had already established a passion for writing as I loved to write about things that happened to me and read them later. I found that I always seemed to be involved in quirky or amusing events (listen to the broadcast Part 2 where I talk about taking my shoes off in the National Portrait Gallery - scroll down to ’Show Archives’, 28/9/2020). This evolved into writing amusing, fictional short stories about other events in my day, such as a guy behaving oddly in my local coffee shop or strange events happening on the train. Finding this genre interesting, I read a number of established short story authors (Sarah Hall, William Boyd, William Trevor) and decided to have a go myself, applying a more serious and determined approach to the task. Indeed, now retired from the teaching profession and with more time on my hands I decided that writing and going all the way to publishing a book would be my aim. My route was going to be Amazon Direct Kindle Publishing, where you can publish a book for free. 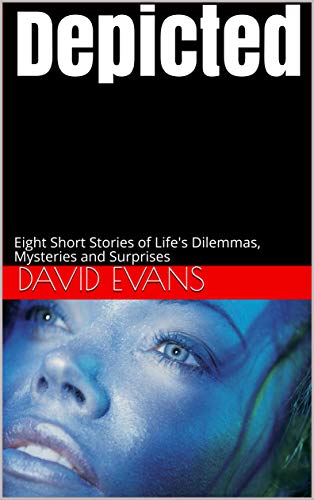 Of course, you need ideas and inspiration. Being an art lover, art galleries seemed to be the obvious choice for starting points. With, The National Gallery, The Tate, The Royal Academy all on my doorstep, I had the perfect resources to get going.

The result was Depicted: Eight Short Stories About Life’s Dilemmas, Mysteries and Surprises. The inspiration behind the book came from the works of art encountered during my visits to the galleries. These would include paintings, sculpture, installation art - anything that captures the imagination. The eight stories are not about these works of art but are inspired by them. They are starting points for fictional characters and plots.

Here is an example of how I developed a story idea from an art installation at the Tate: 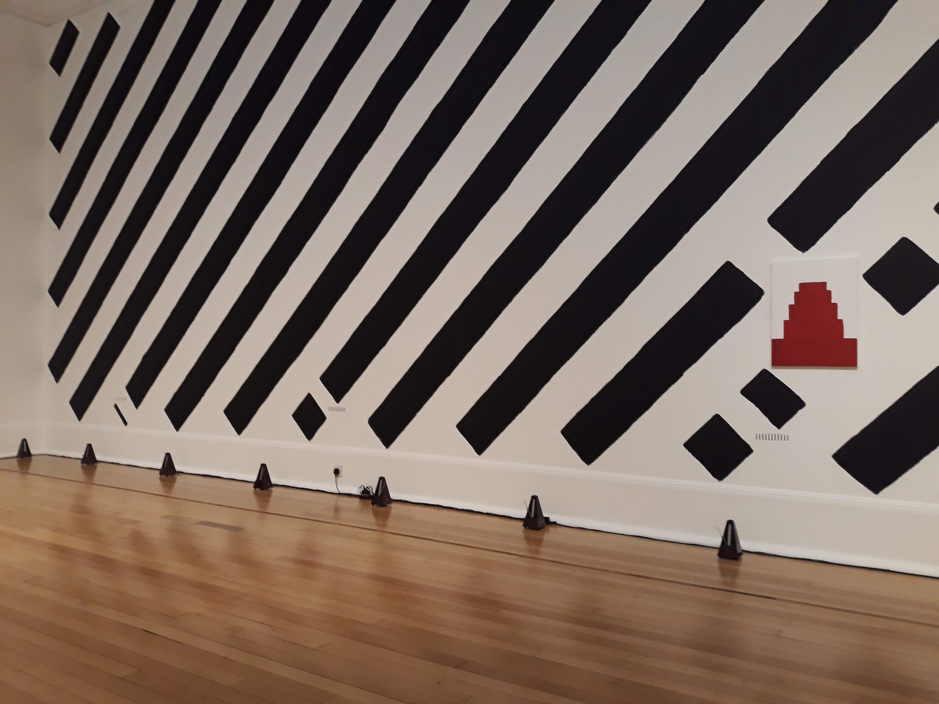 In this fascinating sculptural installation, ticking metronomes are placed directly on the floor around the perimeter of the room. Each metronome is set to a different tempo, beating all together, each at a different rhythm, making a clackety din.

It is very unusual to see metronomes displayed in this way and I couldn’t resist the challenge of giving them purposeful inclusion within a story. The result is Click in which synchronicity is the theme, gradually bringing two characters with very different ambitions together, or so it seems…

I chose eight works of art altogether and set about writing the stories.

However, I needed feedback as to how they were progressing, so I sent a couple off to the writing critique service offered by Writing Magazine which I had been buying every month. I thought they offered a good deal and better to get feedback from someone in the business than from friends and family who are more likely to be ‘kind’.

The service proved to be prompt in its response and constructive in its criticism, and certainly excellent value for money. Indeed, I received some very positive comments beyond my expectations. This encouraged me immensely. I now felt confident that there was some substance to my writing. They certainly appeared to like my themes and ideas. And there is no doubt, their comments kept me going, gave me confidence and helped me believe that I had something to offer.

Of course, there were numerous areas for improvement, in particular: jumbled up viewpoints, jumping around with tenses, overuse of certain words, and repeating information already given. All interesting stuff. So much to work on. Following this feedback, I immediately revisited all my stories and improved them as best I could. The positive response was indeed motivating and provided the impetus to continue to complete all eight stories.

This achievement and increase in confidence inspired me to return to the Henry self-help book. All I really had to do was to tweak the draft I had completed a few years earlier.

I had now written two books in quick succession. And that was it. I didn’t expect anything further than the hope of them selling via Amazon’s marketing strategies, though it was never about the money; for me, it was all about simply being a writer. However, there was one more unexpected twist to come.

My son Tom works in the film industry. He happened to be having a work-related telephone call with the operations manager for Lionsgate Movies, Natasha. As the conversation became more informal towards the end, it became apparent that Natasha, her mum and me were all songwriters. Natasha became fascinated with the Henry story and asked Tom if I would be willing to be interviewed on her mum’s Podcast, Accent On, with Ilona Europa on LA Talk Radio, as her mother’s other major interest was broadcasting. ‘We’d love to have your dad on the show.’ In fact, Natasha produced the shows and her mother presented them. Of course, I agreed, flattered that they would want to interview me.

What turned out to be even more surprising was that, once they had heard more detail about the album and discovered that I also wrote books, they wanted to learn more about me, my life and my latest projects. There was so much content they decided to broadcast the show in two parts!

Which brings me back to the beginning of this article. One thing leads to another. Events become connected. You never know where things will lead. So, Keep going. Expect the unexpected. There are so many occasions where I could have pulled out of things. The re-recording of Henry VIII became very stressful as it progressed. At one point I was out of my depth, but I kept going, with many surprises on the way. Putting on the live show in one of the most famous galleries in the world was a real challenge to my organisational skills but I got there. Writing short stories for the first time required belief and confidence – Writing Magazine Critique Service played a huge part in moving me forward. The confidence acquired through completing one book gave me the confidence to complete a second. And it was the two books, ultimately, that provided substance for the interview. Ilona was particularly interested in the creative aspect of Depicted – how the stories evolved from the works of art, and, with the album and subsequent book, how something written so long ago can experience a rebirth in current times, and indeed how, within each project, once committed, circumstances evolve that assist you in your goal.

On the theme of commitment, I’m a firm believer in the words of WH Murray, author of The Scottish Himalayan Expedition:

‘…all sorts of things occur to help one that otherwise would never have occurred. A whole stream of events issue from the decision, raising in one’s favour all manner of unforeseen incidents and meetings and material assistance which no man could have dreamed would have come his way.’

So, commit, do the hard work and keep going – you never know what will happen or who you will meet.

Find out more about the Writing Magazine Critique service here.