How to sell a book to Netflix 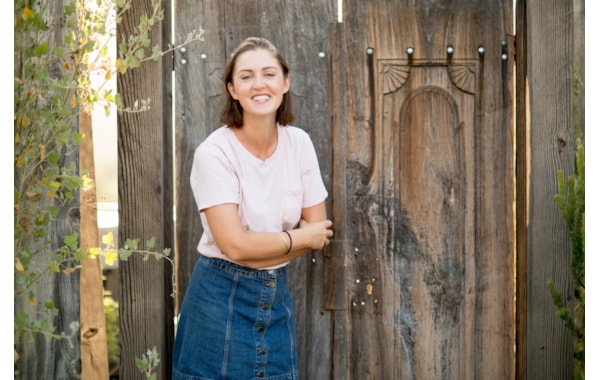 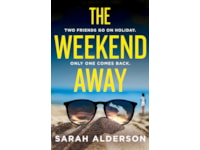 My novel The Weekend Away was inspired by a girls’ holiday to Lisbon with my best friend. In the novel two best friends go to Lisbon and one of them goes missing. I’m a novelist and a screenwriter too, so I always write my books with a view to adapting them later for television or for features.

The Weekend Away very naturally fit into a feature structure with a clear three acts, an inciting incident kicking things off (her friend’s disappearance), a heroine who finds herself in a strange world, a mentor figure who helps her navigate it, and a classic ‘all is lost’ moment towards the end.

Once I had written the book, I wrote out a synopsis for the movie version which was about ten pages long. It didn’t differentiate wildly from the book, though I did alter the ending slightly, knowing that in features things tend to need a neater bow to tie them up.

While I started out as a novelist, I’ve now worked in Hollywood for six years, mainly in TV, as a writer and a producer. That experience - working with networks, studios and directors, and also the experience of being on set, dealing with issues as they arise while filming, and working with budgets, crews, actors and stuntmen, has been invaluable in helping me better understand how to adapt a book into a movie, not just from a creative point of view, but also a logistical one.

My film agents shopped The Weekend Away to Netflix. The low budget independent department were interested and so I pitched on Zoom to the executives. This was at the very beginning of the Covid outbreak and Hollywood was just moving to online meetings. They loved the pitch and immediately commissioned a script. I immediately set about writing it. Because I already knew the characters intimately, and the story, the process was fairly simple and very fast.  Netflix loved my first draft and greenlit the movie off of it. I found out that’s quite unheard of – usually it takes several drafts before they decide to greenlight a movie. As with most scripts though, by the time it comes to shooting, you’ve rewritten it twenty times or more.

Unlike with books, scripts are much more collaborative. Feature writers are very often replaced at each draft stage with a new writer. Most movies end up with several writers taking credit. I was lucky to remain the sole writer on this project.

You can’t be precious when you’re working on a script as so many people have a stake – and there’s so many millions of dollars involved – that you have to take notes from multiple people – the studio executives, the director, the actors. Everyone has suggestions and demands, and you need to be flexible and very diplomatic, especially when you disagree.

Often, it’s about teasing out what the note is behind the note and, if you’re lucky, you get to work with a director or an executive who really helps push the script into a better place, which is what happened on this project. Kim Farrant, the director, has a natural understanding of story and character and it was fantastic working with her to really make the script as good as I could possibly make it.

Because of the low budget I had to adjust a few things in the script - reducing the number of locations and extras, and moving the story to Croatia, instead of Lisbon, where it’s cheaper to shoot.

Netflix also wanted me to change the nationality of the main characters, making the lead American, though keeping her best friend, Kate, English. This was so they could maximize the marketing appeal to audiences when it came to casting. I was thrilled when Leighton Meester (Gossip Girl) came on board to play Beth, the main character. Because I’m used to writing on American shows and live in the US, it was easy for me to adjust the character’s dialogue to ‘American English’.

Though I couldn’t go to Croatia in the end to be on set, I was still frequently in touch with the producer and the director. It’s been a really smooth and fun experience, and I hope that audiences love the movie.

The Weekend Away will be out on Netflix in early 2022.

Don't Get Your Tutu in a Twist! by Jenny Moore & Barbara Bakos

A Strand of Gold by Elisabeth Conway

Murder at the Seaview Hotel by Glenda Young