How I turned from activist to author 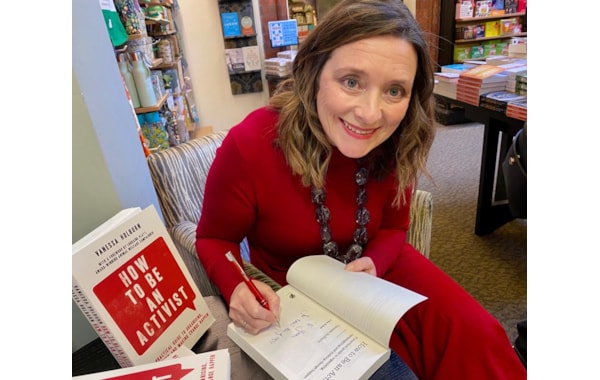 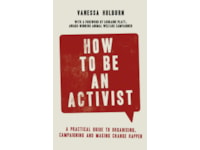 When I first became part of a local protest outside a puppy-selling pet shop, I wasn’t thinking about my career, more the breeding bitches living under battery farm conditions that supply such outlets. The campaign to raise public awareness and to ask Wokingham Borough Council (WBC) to reconsider licensing the shop however became as much about research, fact gathering and communication as any of the writing projects I’d encountered in my journalism.

We also joined forces with a national group working to bring in #LucysLaw, a regulation that would ban all third-party puppy and kitten sales. It became clear that to put a stop to the high-volume but low-welfare industry of puppy farming, we’d need to educate the public that puppy traders, like those from our local shop, were simply window dressing animal abuse and get Parliament to listen to our concerns too.

Within our group we had a range of skills to draw on to help the campaign. We had vets and others involved in the care of animals, experienced protestors, confident speakers and those like myself, who were used to digging up information and writing about it in a way that could be quickly understood and repeated. We focused on creating catchy slogans, using easy-to-remember hashtags and employing social media to get our message across. It became clear that any campaign relies on successful communication. Your information must be correct and accessible.

I provided articles for the media and appeared on local TV, and we had campaign t-shirts made so that we were easily identifiable at national events. The popularity of our online petition asking WBC to take action against the pet shop, plus our work to locate puppies sold by it so that we could investigate their provenance, allowed us to expose the shop for breaking licensing conditions. The shop had its licence to trade in puppies removed.

Alongside our local protests and outreach campaigns targeting both the general public and resident councillors, we worked with the national team, joining the All Party Parliamentary Dog Advisory Welfare Group (APDAWG) at the House of Commons, pushing for #LucysLaw wherever and whenever we could and learning about the policies and processes that would facilitate success.

In August 2018, our group received an invite from the then Secretary of the Sate for the Environment Michael Gove to a garden party at Number 10. Imagine the delight of the audience when at the party it was announced that #LucysLaw was coming. The combined hard work of groups just like ours up and down the country had worked! The new law would mean the public would only be able to buy a puppy from the person that had bred it, and in the location that it had been born in. They’d be no more covering up the appalling conditions these dogs lived in via a newspaper or online ad or a pet shop.

After visiting Downing Street, I realised the enormity of what I’d been involved in and the value in what we had learnt along the way. I recognised the potential for sharing the wealth of knowledge that had been acquired by the campaign team. I knew it could be written in a practical and inspirational way and provide help to anyone that wanted to make a change. I felt confident to pitch, as I’d become ‘an expert’ in campaigning, and had first hand experience and a pool of contacts to draw on. With my business cap on, I also knew the book would be able to build on the press coverage #LucysLaw would inevitably garner. I felt really positive about approaching a publisher and sent off a proposal to Little, Brown Books (LBB).

My initial pitch attracted positive attention from an LBB editor, who asked me to make some changes and submit a full proposal with an outline, a synopsis, a market appraisal and some completed chapters that he could take further. When I got the official go-ahead for my manuscript I was so pleased I could produce a book that would help others fast-track positive social change. It was both a joy to write and to bring into being.

You may have many messages you’d like to put across to your audience but those new to your campaign can only absorb a little bit of new info at a time. Decide on one or two key messages you want the public to take away and look to expand upon that later.

Unfamiliar ideas can be difficult to understand, so steer clear of jargon and complicated facts and figures to begin with. Listen to the people you meet and learn what is impactful.

If you’re working as part of a team, ensure everyone is on the same page. Discuss your key messages and agree to promote only those. If you have a natural speaker in your group, nominate them to step forward when enquiries are made.

Remember anything you say or put in print (including on social media) could be used against you. If you are expressing an opinion, make it clear that it is just that and make yourself aware of the laws that can apply to campaigners, such as libel and defamation.

The #LucysLaw campaign used the story of a rescued Spaniel to highlight its aims. A face and/or a real life story draw an emotional response from your audience, making it harder to ignore.

A catchy hashtag will help your social media campaign fly. It’s easy to search for news and articles if they have an associated hashtag, and worth deciding on a short phrase to use consistently throughout your campaign. But choose wisely, (see #Susanalbumparty/#SusanalBumParty)

Always include contact details or suggest where your audience can head to learn more about your campaign. Don’t let your groundwork come to nothing by losing touch. For personal safety, use a campaign email address or social media account, and not a number or address that could put you in any danger.

How to be an Activist by Vanessa Holborn is published by Little, Brown Books