Henry Porter: How to write a thrilling thriller 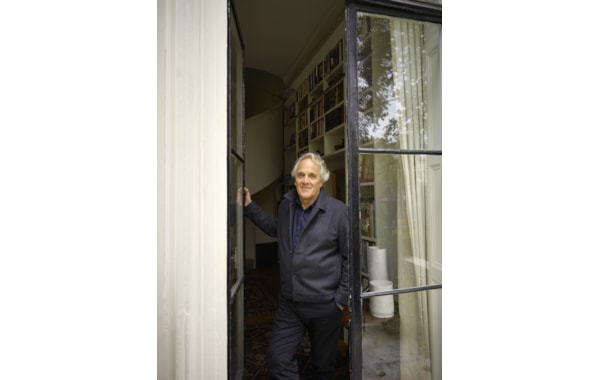 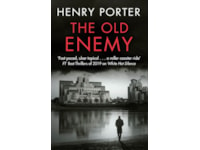 Thriller-writing is a risk and tension is essential, says the bestselling author

People imagine the spy thriller writer’s life to be like that of Ian Fleming at his Jamaican estate Goldeneye – rising late, fixing a cigarette in a tortoise shell holder and letting the stuff flow onto the page until the pre-lunch cocktail hour, when you review your work with satisfaction, a Martini at hand.

For me, the business of writing an intricate plot is rather different. I can best describe it as prolonged, mild tension that lasts until I have the end in sight and things begin to come together, the various narrative streams merging into one. I wish it weren’t like this, but I now realise that the tension is the crucial part of getting the book done. When the ending looms, this uncertainty is replaced with the emotions of my characters, as they head towards the border crossing or, as in the case of my new book, The Old Enemy, a Committee room in the US Congress. I cannot write these scenes without experiencing what my characters are going through and feeling their pulse quicken so that I am, too, in an absurd state of heightened alert.

For the last scenes, I often used to buy a couple of packets of cigarettes and chain smoke my way through to the final sentences, the only moment that my process resembled Ian Fleming’s, although I never matched his heroic consumption of 70 cigarettes a day plus a bottle of gin, which his doctor eventually insisted should be replaced by bourbon. I quit cigarettes but occasionally have a drink for the last and invariably best session of the day, between 6.00 and 8.00pm. It helps to free my mind up after the struggles of the morning and afternoon.

I take heart that a lot of writers suffer these nerves. P.G. Wodehouse, seemingly the most effortless writer of the twentieth century, endured agonies of plotting. However daft the story about the cow creamer, it has a rigorous logic, and The Code of the Woosters would not work without that discipline of hammering out the details. His attention to the mechanics of the story, as well as the wonderful language, is unwavering. That is possibly because, like me, he had a plot or two blowing up in his face. Actually, it’s more like a slow deflation over a period of weeks, during which you try every form of emergency resuscitation, but nothing seems to bring the book to life.

“Would you feel less suicidal if you just gave this book up?” I asked myself after writing 50,000 words of a thriller set in the Pyrenees, which – significantly – had no title. The answer was – yes, ditch it! The book had no through line, the characters didn’t breathe, and the action was implausible. The lack of a title should have told me something, because a title settles what a book is about, and to some extent you write to it. The relief of dropping the project, even after all that work, was almost transcendental and a few weeks later I had found another story and could barely recall the anguish of the previous six months

With a title and a through line, I have a decent chance of making the story work. But there are a lot of questions I need to answer before I write – what are the characters’ motivations and, more particularly, their primal needs (love, survival, revenge, hatred etc)? What is the point of the story? Does it tell us anything about life or the world we live in? That matters, even in a thriller. And, finally, does the story interest me enough to live with it for anything up to a year?

What I’m looking  in the first pages is energy. I liken it to drawing back a bow string and letting the arrow fly. My last three novels – Firefly, White Hot Silence and The Old Enemy – have begun with a boy nearly drowning in the Aegean, a kidnap on a country road in southern Italy and the assassination of my old hero Robert Harland on a Baltic peninsula. The first two are essentially about the will to survive while the last prompts the question – why? Why is a spy dying of cancer slaughtered as he indulges his passion for painting in his final days? That is not answered until two thirds of the way through the book and the age-old struggle between East and West comes into focus. But, of course, that energy that I crave is as easily produced by something as simple as a lie. In the French TV series Le Bureau, the energy that powers 50 hours of television comes from a lie told in the first minutes of the show by an undercover agent in Syria to his handler in Paris. It is the electrified third rail that travels through five series, which is quite a feat of storytelling and makes for an enviable coherence in a what is labyrinthine plot.

The tension is something you live with, because thriller writing is essentially a gamble and you never know whether you are going to pull it off. But it is also incredibly satisfying. When the characters claim their autonomy from you and connections that you were never aware of devising show themselves and you realise that your story has intelligence and a beating heart of its own, there is nothing more thrilling.

The Old Enemy by Henry Porter is published by Quercus at £18.99