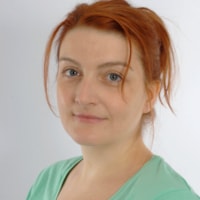 Beyond the Mangrove Trees

Annie was a member of the Royal Court ‘Young Writers Programme’ and has had several short plays staged as part of new writing showcases at venues such as The Soho Theatre, The Old Red Lion and The Octagon.
She has written five short films which have been screened at various film festivals, including the London Film Festival, and won the Best Screenwriter award in 2014 at the Underwire Film Festival. She has just completed her first novel and is seeking representation, and is developing further projects.

Beyond the Mangrove Trees By Annie Power

Gentle, whimsical and entirely charming, Annie Powers' winning story Beyond the Mangrove Trees is also - quietly, kindly - subversive, stereotype-busting and filled with hope and the possibility of change.

The premise is simple. The everyday scheme of things is literally swept away when one extraordinary event happens. Ethel's house floats off, and with it, all her preconcieved ideas of how she should live her life. Ethel, who has always been conventional, is revealed as someone who is fulfilling her destiny and living her dream. Pompous Mr Baker, the insurance man who follows Ethel to persuade her to return to a more conventional life so she won't set an example of freedom that other people might follow, is eaten by a crocodile. Ethel is a glorious example of an elderly character who transcends cliché and stereotype.

The end, where Ethel's imaginative thinking spreads and enables other people to follow their dreams and live more freely, widens the story from a personal tale to a contemporary parable as the world is made a better place because an imaginative shift takes place, freeing people from a mindset that shackled them to a particular paradigm for living. This simply told story is funny, inspiring and hopeful. These qualities are greatly needed in our world at the moment and gave Annie's imaginative storytelling a timely resonance.