How to write a psychological thriller 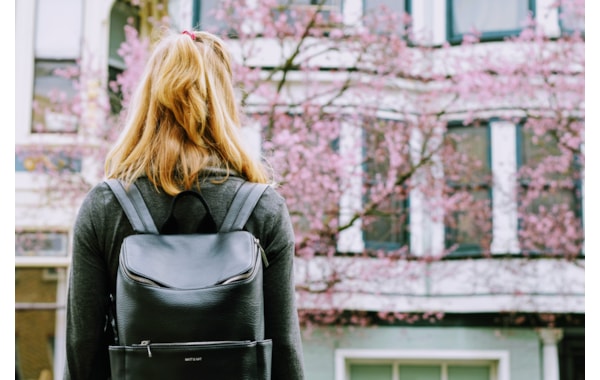 Psychological thrillers are among the most-read books in the fiction charts. Give yourself a winning edge when it comes to writing one with this advice

The biggest questions posed in a psychological thriller are not just to do with unravelling the mystery of what happened, but explaining why it happened. Readers are drawn into states of mind and examining why a character behaves in a certain way.

Psychological thrillers present an extreme or heightened version of real life, often incorporating domestic set-ups, coercive control, mental illness and substance abuse, and inevitably, dysfunctional relationships. There is frequently a sense that beneath the construct of everyday normality there exist murky, dangerous undercurrents. Unreliable narrators are another common element, with the reader implicitly invited to interpret the difference between their skewed perspective and the truth of what happened. The denouement will often rely on a plot twist that radically alters the reader’s interpretation of the events leading up to it.

Anyone wanting to write a psychological thriller needs to understand that they are manipulating their readers, not just their characters. Readers of this type of thriller actively want to have the rug pulled from beneath them, and the most successful books in this genre (think Girl on a Train, Gone Girl, Before I Go to Sleep, I Let You Go) feature breathtaking twists and turns not just in the plotting, but in the revelations about the psychological states of the lead characters.

If you’re writing a psychological thriller, you need to keep readers glued to the page, scrutinising every word your characters utter and every action they take as they try to understand the dark truths beneath the veneer of everyday life that you have laid out for them. Readers of psychological thrillers are interested in understanding psychology, motivation and the extremes of human behaviour. Your characters can lie, cheat, steal, manipulate and commit unspeakable crimes and your readers will take a vicarious thrill in reading about it as long as you allow them, the readers, to feel as if they are the ones with the insights.

The key elements in an effective psychological thriller are:

Your setting should resemble everyday reality but ultimately contain more danger than the surface normality suggests. Readers will identify with everyday situations, characters who appear to be like them or people they know, and be provoked by curiosity about what lies beneath the believable scenarios. As they are drawn into the story readers can vicariously (and safely) explore worst-case scenarios for common predicaments and wonder if this could happen in their own lives.

• A lead character with a flaw, or secret, or unreliable point of view

Something that leads them to commit an action or make a mistake of judgement that precipitates a chain of events that lead them into dark and dangerous territory. The internal flaw or problem will become increasingly apparent (and problematic!) in response to an event or circumstances that take the character out of their routine or comfort zone.

This is how you take the story into progressively darker territory, keeping the reader guessing as well as turning pages.

Your reader should be gradually drawn into past events which have a significant bearing on the predicament explored in the novel. Revealing surprising events in characters’ backstories ups the tension and provides narrative twists which may be minor, or part of a major twist that gives the novel an unexpected denouement.

Playing with readers’ perceptions of what is happening is common in psychological thrillers, where false memories, distorted versions of events and unreliable narrators are common.

On one hand, characters in a psychological thriller may have secrets they are reluctant to divulge, or be in possession of information that they withhold. On the other hand, the writer needs to play with the reader’s expectations by keeping back key information in order to raise the stakes and create an atmosphere of mounting tension.

Explore plot devices and how to use them most effectively in your fiction.

The key elements to writing a psychological thriller are:

Creating a setting and characters that seem familiar and comfortable and then undermining this perception by revealing the dysfunctional and downright dangerous elements it conceals are fundamental to writing a psychological thriller. Domestic settings, relationships, family and work scenarios are standard elements in psychological thrillers and in every case the more ideal and desirable a situation or character appears, the more likely it is that the opposite is true.

However much it may become apparent that there are flaws beneath the surface of the scenario in the initial set-up, the writer of a psychological thriller needs to keep the reveal until the end. Up to that point, the writer has to maintain a balancing act between keeping the reader guessing and drip-feeding enough information to undermine the initial perception and create a mounting sense of unease.

• A difference in perception, between what someone or something seems to be and what they actually are

That boyfriend who seems perfect? He’s a coercive controller. That boss who seems so caring about her employees? She’s bumped one of them off and is concealing the evidence. That yummy mummy who seems to have the perfect life? She had a baby when she was 15 and abandoned it in a bus shelter. And so on. But the writer has to be clever about this, creating in the reader the sense that they cannot – or do not want to – trust the growing sense that someone, or something, is not what they (or it) seems. Creating a false sense of security for the reader – and quite possibly the narrator – is a balancing act.

• Controlling the flow of information

A well-crafted psychological thriller is the result of the writer controlling what information is released and when, the effect it has on the character and the effect it has on the reader (which may not be the same!). If there is an element of the lead character or narrator searching for information, that means the reader is looking for clues too – which allows the writer to fill in as much information as they need to divulge at any particular point in the story, maintain tension and keep the reader hungry for the gaps in their knowledge to be filled in. Making the reader ask questions and piece clues together is a sure way of keeping them glued to the page.

Check out our crime writing course - study at home, in your own time with the help and guidance of a professional tutor

Let the reader watch characters making mistakes and taking poor decisions – and have to live with the consequences when things go wrong. For example, everyone knows what it’s like when a friend totally misreads a boyfriend who appears to be Prince Charming but behind her back acts like a toad, and won’t listen when her friends tell her he’s not what he seems. In a psychological thriller the reader gets to experience the literary equivalent of saying ‘I told you so’ as the narrative reveals the depths of his depravity.

When one thing goes wrong in a psychological thriller, it often precipitates a chain of knock-on events that lead to a terrible conclusion.

• A resolution or climax that the reader didn’t see coming

This may be a twist ending, but it may also be the sense of the final piece of information slotting into place, like the last piece in a jigsaw, which make the overall picture apparent.

Take an everyday scenario. It may be domestic, or connected to work, or perhaps it involves social life. Whatever it is, picture it, giving it a location and populating it with characters. Give them names and begin to create them identities: ages, occupations, backgrounds.

Now start to imagine the faultlines that might appear in this scenario. What secrets are the people you have imagined trying to hide? What flaws do they possess? What might be a potential problem that disrupts the everyday routine of that scenario – the catalyst for these secrets, flaws and problems to be amplified and wreak havoc on the characters’ lives?

Want to read more about getting crime fiction right? Read these top tips for new authors from leading crime writers.