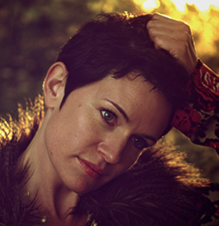 If she’d been someone else, the prank might have seemed funny. The vagrant Charlie-bo, who was quite famous around town, a kind of filthy savant, was lying on his back in his usual spot under the shop awning. He was asleep or passed out. Perhaps he was even dead, Dilly couldn’t tell. A mask of fruit and vegetables had been arranged over his face to create another awful face. Lemons for eyes – the pupils drawn in black marker pen. A leering banana smile. Corncobs were stacked round his head as a spray of wild hair. The nose – how had they done it? – was an upright slice of melon, carved, balanced, its orange flesh drying and dulling. It was all horribly artistic. Dilly stood close by, staring. The face was monstrous and absurd, like one of the paintings in the Fitzwilliam. There was a makeshift palette of newspaper under Charlie-bo, and his feet and hands were upturned and huge. He wore as many layers as a cabbage, and over the holey, furling garments, that enormous grey gown, a cross between a greatcoat and a prophet’s robe, tied with a pleated cord.

Dilly hadn’t meant to stop; she was late getting home with Mummy’s shopping. But the scene was too terrible. People were walking past, bustling around her. Some were making unkind comments. Good God, look at the state. There had even been a few laughs, and some clapping, as if this were a street performance. It might have been art, but Charlie-bo hadn’t done this to himself; Dilly knew that. He was so far gone, a wreck of a man, a joke already. He lumbered around town and could barely speak. Often he was prostrate in a doorway, drunk. The prank must have been carried out in daylight – brazenly. She could hear an internal voice, Mummy’s voice: disgraceful, who are these wretches?

Students, that was who. They were back after the summer break, spoiled from Mediterranean sailing and expensive capital apartments, or loafing on their estates, whatever they did. There had been several esoteric japes in the city since their return. A Halloween mask and nipple-peep bra had been placed over one of the stone saints outside St Giles. The Corpus Clock had been defaced, its glass shield painted with an obscene image, so the rocking brass insect looked like it was performing a sexual act – having a sexual act performed on it, actually. Edward had seen and reported back to Mummy, who was outraged and still talking about it, even though she had no association with the college, or any of the colleges. Edward had seemed rather amused, but quickly sobered in solidarity. First-term antics. Once the Gowns arrived back, they imperiously reclaimed the town, before settling in and getting on with their studies.

Poor Charlie-bo. It was really too much. He wasn’t a statue on a church. Dilly wanted to kneel down and remove the ridiculous fruit, shake him awake, help him to his feet. Perhaps if she did, Charlie-bo would revert to his old self, smile and speak articulately, as he hadn’t for years. He would thank her. Those reddened, free-roaming eyes would hold her gaze, kindly, shyly. Something spiritual would pass, perhaps – a blessing story, like those Father Muturi had preached about last Sunday. Dilly lifted her hand, paused. The lemon pupils were looking right at her. Charlie-bo’s coat was grimy, lined by the dirty tides of the street, and there was a strong, crotchy smell. Silly girl, she heard Mummy say. Don’t be so squeamish.