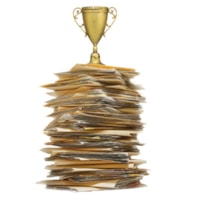 A Trip Though Time

A Trip Though Time By Christine Treadwell

Christine Treadwell uses the travel narrative theme to write a story with that movingly uses travel snapshots to convey an emotional journey.

The title, A Trip Through Time, is something of a cliché that doesn't adequately convey the emotional resonance of Christine winning story - but apart from suggesting that she work a little harder to come up with a title worthy of the story, there's only praise for this winning entry that pulls on the heartstrings yet manages not to descend into sentimentality. The voice is warm and convincing, the relationship between the narrator and her grand-daughter is well-depicted and the device of looking through a box of old photos and using the holiday snaps to convey landmark passages in this family's life works beautifully. There's just enough humour to generate a spark ('Is that Grandad?' 'No, sweetie'), and there's a natural feel to the voice and the progression of events, giving A Trip Through Time a seamless flow. Because nothing draws attention to itself beyond the progression of the storyline, it suggests this story has been very carefully crafted.

The mixture of emotions that Christine has worked into her story means that this is a bittersweet tale: a mini-saga told through the medium of holiday snaps that conjure great happiness and the same amount of sorrow when the loved faces are those of lost family members. In Christine Treadwell's hands, these snapshots in time have been threaded together to create a moving, satisfying and emotionally resonant short story.