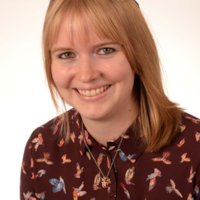 Our not so perfect lives

Jodie Carpenter lives in Birmingham where she works in marketing. She has been a winner, runner-up and shortlisted in several Writing Magazine competitions and has also had her short stories published in a variety of other places. When not reading or writing as much Young Adult fiction as possible, Jodie enjoys yoga, playing video games, listening to rock music, watching anime and consuming copious amounts of tea.

Our not so perfect lives By Jodie Rose Carpenter

‘I can’t believe I’m going to be the uncle of Hamster Boy’s offspring.’ He looks at me quickly. ‘I mean, if you keep it.’
‘I don’t know what I’m going to do yet.’.
‘I’m here for you no matter what.’ He looks like he means it too.
‘That…that means a lot.’
‘I’ve got a question though.’
‘Go for it.’
‘The gay thing – was the sex so bad he turned you?’
‘Oh my god, Rory,’ I hurl one of Mom’s sequined cushions at him. I don’t even feel bad when it knocks his glasses off.
‘Too soon?’
‘I don’t want to re-live that night ever again. But also, my sexual identity has nothing to do with him.’
‘I know, sorry. I just couldn’t resist. So, did you know you were 93% gay before you had sex?’
‘More like 71%? I’ve liked girls in the past and kinda like one now, but I thought they were harmless crushes. I’ve never really been attracted to guys, but the possibility of sex became a thing with Joe and I just thought, why not? Everyone else is doing it.’ I sigh. ‘I wish I could take it back though, and not for obvious reasons. I just can’t believe that was my first time. I wanted it to be special.’
‘To be fair, I don’t think anyone’s first time is great. But you can still have a first time with a girl you like and that will be special.’
‘I hope so.’
‘So, how did it make you realise you weren’t into guys?’
‘I don’t know, it just felt…wrong.’
‘Like Oxford,’ Rory says.
‘Like Oxford,’ I agree.
Rory looks away and starts pulling at his lower lip.
‘Hey. Can I bring the sprog when I visit you in your swanky beach house?’
He smiles after a few seconds. ‘I’d love that. Don’t get your hopes up though, I’m sure it would be crappy student accommodation.’
‘Fine by me.’
‘You can bring your girlfriend too – what did you say her name was again?’
My cheeks flare up. ‘Nice try, you’re not getting her name out of me that easily.’
‘Damn.’
The key turning in the front door makes us both jump and my heart slams to the roof of my mouth. Mom’s back. I’m not ready. But then Rory’s fingers circle through my own. ‘Hey, Hattie?’
I look at him.
‘We’ve got this, okay?’
I smile and squeeze his fingers. ‘Sure, Ror. We’ve got this.’

Jodie Rose Carpenter's character creation is what gives her YA short story Our not so perfect lives a vibrant realism that made it stand out as the runner up of our competition for character-driven short stories.

Hattie is a teenager who has got pregnant but in Jodie's hands we see so much more of her than her central dilemma: she's brave, questioning, defining her sexuality, having to deal with life's big issues. She's also funny, sparky, frightened, loyal, compassionate and loving. Thanks to Jodie, we don't just see a character dealing with a problem; we see a fully-rounded character responding to their circumstances and thereby effecting the change necessary to give the story's dramatic arc a satisfying conclusion.

Hattie's brother Rory is the story's secondary character but Jodie has created him as carefully as his sister, enabling readers to see him clearly as a fully-rounded person with relatable human responses to the life issues he's facing. In a story about people changing the accepted narratives that have been given to them, it's essential that we see and understand how the protagonists' characters have to shape their destiny. In the case of the characters in Our not so perfect lives, we believe in them. Their dialogue rings true, their relationship is convincing and their problems, which could have been reduced to 'issues', feel real and relevant. By concentrating on delivering their characters, Jodie has convinced her readers to believe in their stories.