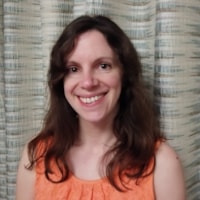 The Future is Coming

Jane lives in the suburbs of Liverpool with her husband and three quirky children and, having left behind a career in Audit and Risk, is currently a devoted full-time mum. When not reading, writing or simply enjoying the chaos of family life, Jane helps out at a local primary school and is working towards a qualification in teaching and learning support.

The Future is Coming By Laura Jane Siddiky

An interior monologue is a terrific vehicle for conveying the singular viewpoint of an unreliable narrator. In The Future is Coming, the runner up in WM's competition for single character short stories, the narrator is convinced they're clairvoyant and paranoid about a pandemic they're sure they've predicted.

Jane Siddiky does a convincing job of conveying an interior logic that makes complete sense to the narrator, and has induced them  to take drastic action in isolating themself – and that the reader is shown is based purely on the character's tenuous belief in their ability to predict the future through dreaming. We are only told of one predictive dream that worked - the first one, where the exam questions were revealed. It's neatly done, so that as readers, we are less convinced of the reliability of the clairvoyance than the narrator is.

Jane takes the reader through the narrator's increasingly obsessive behaviour as they attempt to keep the world at bay, all the while giving voice to the character's single-minded conviction that there is method in their madness. We see how the combination of isolation and deprivation heightens the narrator's conviction - it is cleverly done that it is only when the real world intrudes, in the form of human contact, that the narrator is obliged to reassess their position.