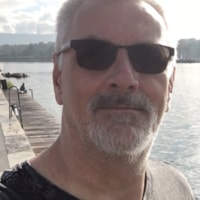 The Age of Aquarius

Peter Gallagher is a lecturer at City of Glasgow College specialising in Event Management. He has talked about being a writer for years but has only recently started doing something about it. He has submitted several short stories to publications such as Writing Magazine and Popshot, but The Age of Aquarius marks his first success. His first book, a critique of the music of Marc Bolan and T. Rex, will be published by Sonicbond Publishing in 2021.

The Age of Aquarius By Peter Gallagher

The Age of Aquarius, the runner up in WM's Haunted short story competition, sparks and fizzes with energy. It's a riot to read: a noir, postmodern rush of a story that revisits one of the darkest episodes in counter-cultural history, the Manson Murders, told from the close third-person perspective of Bruce Lee.

Packed with pop-cultural references and historic details, The Age of Aquarius has a Taratinoesque relish in the way it conveys its sinister subject and the deadly dark ambience that overshadowed the heady days of the 1960s counterculture. Peter's word choices display a beat poetics that match his darkly playful meta narrative where a bereft Bruce is haunted by, and endlessly revisits , a scene where his friends died and he wasn't present and where his screen persona could have saved the day. Sad, funny, and clever, The Age of Aquarius is a blast.