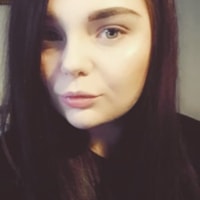 Sarah McLean has been a journalist for just under 10 years after graduating from university with an MA in English. 'I have only recently started writing fiction and this was my first competition entry so I'm absolutely delighted to have come second!’ she says. 'When I'm not writing I'm spending time with my beloved greyhound Kai, boxing or working on my book blog (@spooks.books on Instagram).'

The Resting Place By Sarah McLean

R0ckyRoad posted @ 1.32pm
I walked this trail over the weekend with my son and it was incredible. Gorgeous scenery! The ol’ hill is a little tough but nothing I can’t handle. Mikey put me to shame a bit ha, youth! Anyway, I totally recommend having a go before winter sets in.

Sally&Gavin @ 1.33pm
We love this trail SO much. Gavin proposed at the waterfall so it’s really special to us xx

Mitchum @ 1.34pm
This is the third thread today where you've brought up that your engaged now. This is a hillwalking forum: NO ONE CARES.

RunnerGirl91 @ 1.36pm
Don’t listen to @Mitchum he’s just bitter and jealous. I know the spot you mean, it’s so beautiful there - excellent choice Gav! Congrats you two, it’s so lovely to hear that. I can’t believe you met on this forum and now you’re getting married! It gives me hope lol

Sally&Gavin @ 1.39pm
Thank you @RunnerGirl91! We feel so #blessed. It is definitely a beautiful spot for a proposal. I love how you’re in the woods for so long then suddenly you’re in this vast wilderness with the mountains ahead of you and the river alongside - stunning! xx

RunnerGirl91 @ 1.40pm
I need to start planning my next trip, pronto! @R0ckyRoad what was your favourite part of the trail?

R0ckyRoad @ 3.35pm
I think I liked the woods right at the beginning the best. They’re so peaceful and quiet. Mikey thought they were too quiet lol, he got so spooked.

RunnerGirl91 @ 3.36pm
I get where Mikey is coming from! I walked the trail alone and got a little nervous in those woods too. It felt I was being watched the whole time.

LuckyStar65 @ 3.40pm
That’s great @R0ckyRoad, glad you enjoyed the hike so much. Andy and I did this trail earlier in the summer - did you stay at the bothy overnight or camp?

R0ckyRoad posted @ 3.42pm
Oh yeah, it popped up at exactly the right time. It was pouring rain and there was some sort of weird animal screeching in the distance…I guess we’re a couple of wimps haha, a roof over our heads was too tempting!

HannahSays @ 3.44pm
@LuckyStar65 @R0ckyRoad are you sure? I walked the trail earlier in the summer and can’t remember a bothy there.

R0ckyRoad @ 3.44pm
@HannahSays yeah there definitely is because we slept in it. It’s just along from the waterfall actually; in that big clearing near the pine trees?

RunnerGirl91 @ 3.46pm
I know the clearing you mean but there’s no bothy there, just some rocks I guess. I have photos…Is this where you mean?
2 Attachments

Sally&Gavin @ 3.47pm
We took photos there as well - look out for the bling! xoxo No bothy though, weird.
4 Attachments

LuckyStar65 @ 3.48pm
That is strange @RunnerGirl91 @Sally&Gavin. Here’s my photo from around three weeks ago on the same trail, same spot (look at the tree line in the background) but you can see the side of the bothy on the left.

RunnerGirl91 @ 3.49pm
WTF?!?! That is really weird. Maybe there’s a clearing further down the trail that looks similar and we’re getting mixed up?

R0ckyRoad @ 3.50pm
No, I’m sure that’s the only clearing on the trail big enough for a bothy.

RunnerGirl91 @6.51pm
Well this is creepy. What’s the bothy like?

R0ckyRoad @ 3.53pm
Like I said, it’s just really basic. There’s a main room which has a table and a couple of chairs then a bunk room on one side. Weirdest thing about it was the lack of windows.

R0ckyRoad @ 3.53pm
Oh, I can’t believe I almost forgot this! Someone has painted a mural in the main room. Mikey and I thought it was pretty creepy actually. Here’s a pic of it.
1 Attachment

LuckyStar65 @ 3.55pm
I don’t remember a mural, and there was definitely a window when we were there. We didn’t stay overnight though, Andy said there was a bad vibe.

R0ckyRoad @ 3.57pm
Does this attachment work? Also, @LuckyStar65 that’s pretty strange - why would they block the window and paint a mural? If the pic doesn’t work this time @RunnerGirl91 then just imagine a woman in a tatty white dress standing holding her hands up towards the moon with her long black hair swirling around her. It spooked me a little too to be honest. We slept in the bunk room so at least we didn’t have to look at it during the night haha…
1 Attachment

Mitchum @ 3.58pm
Didn’t work that time either. I think you’re making it up to be honest.

LuckyStar65 @ 3.59pm
He’s not making it up, I saw the bothy too. There was just no chance we were sleeping there overnight.

Sally&Gavin @ 4.01pm
Guys, I just did a search for the park to start planning our engagement shoot and found this - look!

“Cairnmunro Mountain Rescue Team continues to search for two experienced climbers who went missing in the National Park during the weekend.
Richard Rhodes, 41, and his son Michael Rhodes, 18, have not been seen since leaving their vehicle in the visitor centre car park on the morning of Saturday, September 19.”

@R0ckyRoad - is this about you and Mikey? I didn’t see a follow up report to say you’ve been found. Obviously you were though haha, what happened?

R0ckyRoad @ 4.05pm
What?! DM me the link @Sally&Gavin my browser won’t let me search for some reason. Mountain Rescue must have gotten Mickey and I mixed up with two other hikers. We walked as far as the bothy on the Saturday, 12 miles, then continued to the summit of the Ben on Sunday before coming back down.

Mitchum @ 4.06pm
If you look at the satellite map view you can zoom right into that clearing but there’s no sign of a bothy or any other building. It’s not marked on the OS map either so…I call BS.

R0ckyRoad @ 4.07pm
Logging off for now everyone, this is getting too weird for me and I’m starting to feel a bit strange. Take care.

HannahSays @ 4.09pm
I have a 1950s guidebook to the park and there is a bothy included in the listings at that location back then. But when you check the website and most current OS map it’s not marked on there. Pretty strange oversight, they’re usually extremely thorough.

A team searching for experienced climber Richard Rhodes, 41, and his teenage son Michael Rhodes, 18, have found two bodies close to a clearing by the foot of Ben McLaughlin.
The exact circumstances of the deaths are expected to become clear in the coming days, however, an eyewitness described the situation as ‘unusual’.

…Meanwhile, a spokesman for the Cairnmunro Mountain Rescue Team has confirmed that the deaths of two climbers earlier this month remain unexplained.
The bodies of Richard Rhodes, 41, and his son Michael Rhodes, 18, were found by a clearing approximately 12 miles from the Ben McLaughlin car park.
Callum McLeod, who was part of the search team said, “We still don’t know what happened to them.
“Photographs found on a mobile phone close to where they were found show that a woman was walking close behind them at numerous points on the trail.
“We are currently trying to determine the identity of this woman who is described as having long black hair…”

Sally&Gavin @ 3.46pm
This is so upsetting, poor Richard and Michael. I wonder who the woman was. Maybe they’re getting confused with the woman from the mural?

HannahSays @ 3.50pm
I feel ghoulish even posting this but I found this on one of those ‘Haunted Highlands’ websites, weird huh?

The Ben McLaughlin Banshee was first encountered in the 1600s by three weary travellers who stopped at a bothy close to the foot of the mountain one stormy night.

They built a fire and ate and drank until they began to tire. Eventually they unpacked their bedrolls and had just settled down to sleep when there was a knock at the door. A beautiful woman stood on the threshold and asked to shelter for the night. Of course they agreed.

Two of the men stayed up with the woman and continued to drink, dance and be merry, while their companion slept.
In the early hours of the morning the third man was awoken by a horrendous scream and a crack like a gunshot. By the time he got to his feet the woman was gone and his two friends were dead, their eyes glassy and unseeing, terror frozen on their faces.
It is said that he was so traumatised by his experience with the banshee he refused to leave his home until his own death five years later.

On the night he died, a bloodcurdling scream was heard close to his cottage and legend says that he had a look of horror on his face when he was found in the morning.

Ghost stories have a timeless appeal but Sarah McLean has given hers a very contemporary feel by using posts on a forum as the narrative threads that create The Resting Place, the runner-up in WM's competition for epistolary short stories.

The voices on the hillwalkers' thread feel unforced and natural, as Sarah allows their individual personalities to show – bubbly Sally, gushing about her engagement; grouchy Mitchell, pulling her up on it. Having set out her chorus of voices and allowed her readers to see them as characters rather than mere plot devices, Sarah's story begins to unfold, and questions to be asked about the mysterious bothy that doesn't show up on photos or a satellite map.

The tech in The Resting Place is contemporary, and the vehicle for the storytelling, but the fears of something destructive and elemental are timeless. A lot of this story's effectiveness is in the way it updates a classic story form (the tale of terror) for contemporary readers whose everyday reality is filtered through apps and platforms. Sarah has used modern technology to clever effect in this story, juxtaposing human's reliance on them to create a sense of 'evidence' with a much older, spookier sense of uncanny forces at work.