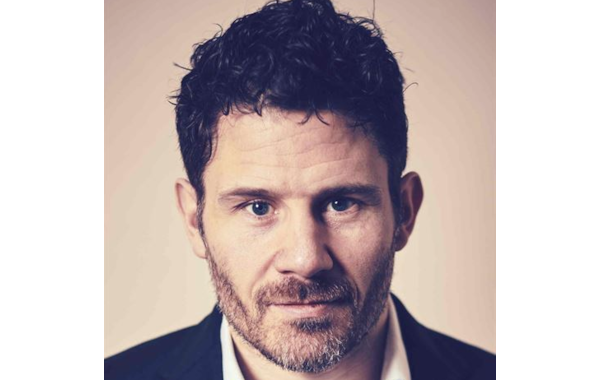 Isn’t it every writer’s dream, to be paid upfront to write books? And yet, doesn’t it seem too good to be true when someone offers to do it? But that’s what Jonathan De Montfort, the founder of De Montfort Literature, wants to do, in a model that he sees as a game-changer in publishing.
Writers selected by De Montfort Literature will be paid from £24,000 a year to create their books. Between five and ten writers will be selected on the basis of their ideas and a process of psychometric testing he has devised, and if chosen, will receive advice and support from mentors and editors. When their book is published, they’ll receive a share of the profits.

Jonathan’s reasoning is that paying authors up front will give them the chance to get on with writing. ‘I’m in the luxurious position that I can write because I enjoy it, but a lot of people can’t. I understand the creative process. If you don’t have to worry about the financial side, you can be free to be more creative.’

Jonathan has been passionate about literature all his life. ‘When I was a kid, I wanted to be a novelist. To write stories. And my parents said: “That’s a good idea. You could just get a real job.”’ He did, going into banking and becoming a successful hedge-fund manager. But the desire to write niggled away, and he eventually completed a novel, Turner, which will be the first title published by DML.

‘In the process of writing it, I needed to plot it, and needed help with it,’ he said. ‘That’s when I started looking into the market place, and the process of sending stuff to agents, which is so hit-and-miss. It’s a literary lottery, and my thought process was that it was an insane way to do business.’

DML is looking for fiction writers in any genre. DML writers will be selected by an interview process that includes psychometric testing for personality traits. ‘I’m not expecting people to come to us being perfect at writing. We’re trying to get away from that model, and take the raw material.’ Jonathan wants prospective DML authors to come in with creative ideas. ‘Ideas in the first place,’ he insists. ‘We’re open to ideas – I really want writers to come in and be creative.’

The technique he plans to use to identify talented writers is inspired by a predictive model he and a research colleague developed in the early days of his banking career. That model foresaw the stock market crash of 2008 and Britain’s departure from the EU. ‘It showed what would happen in the future through numbers. I thought, what if we put people’s lives into it, and it demonstrated that famous people have a specific personality trait. I thought that might be a better way to find talent. It’s like finding the difference between a piano player and Elton John.’

DML will be supported by his hedge fund De Montfort Capital, but Jonathan thinks it will turn a profit independently anyway. ‘Work with the numbers, and even with a pessimistic model it will make money,’ he said. ‘But it feels like the right thing to do – I’m not in this for the money. That might sound weird coming from a hedge fund manager! But numbers have a way of making you dehumanise things. There was a period when I lost my soul to numbers – but I got it back and I’d spare other people that pain, if I could.’

He wants to change the way people see writers. ‘We want to change the model. Something’s gone a bit wrong with literature. I love literature, and if we lose it, we lose our humanity.’

How long will DML fund a writer? Jonathan believes it should be possible to write a novel within one to two years, and the selected writers will be required to hit certain targets. ‘They need to keep writing, going towards their goal.’ Writers contracted to DML will not be able to write novels for another publisher for two years if they leave. ‘It would work like an employee contract,’ he says.

Would-be DML writers should apply online, providing personal details, information about writing experience, the reasons they want to be novelist and the genres they are interested in writing in.