The world changed as I started writing The Haven. The pandemic set in and we were plunged into lockdown. Our lives closed in. On one hand we were worrying about a virus we didn’t understand, that threatened lives, that closed businesses. As footage from overflowing Italian hospitals filled our screens and our timelines, fear of this invisible threat began to rise. I remember clearly the confusion I felt as our government seemingly failed to act quickly. Lockdown seemed inevitable. What were they waiting for?

And then it was announced. My eldest daughter was abroad. She caught a flight home and landed a few days before. A photograph of her being embraced by her two younger sisters as she arrived home still moves me to tears. My Instagram post that day was captioned ‘and now we hunker down’. And hunker down we did. The weather was beautiful. The streets were still. Life slowed down. My husband and daughters planted a vegetable patch - potatoes, kale, beans, raspberries and a poly-tunnel for tomatoes and cucumbers. We baked bread and made pasta.

The bread and the pasta, it turned out, was a fleeting hobby which we quickly gave up, but for the first few weeks, our lives seemed to become simpler. I was volunteering in the community, shopping for elderly villagers who were unable to leave their homes. Chatting through windows. Picking up prescriptions. The world had closed in but our community pulled together, and our family - the five of us - became reliant on each other for everything, for comfort, for laughter, for fun.

As this was going on I started to think about my new book whilst at the same time wondering if this were perhaps the time to put into practice our life-long dream of buying a rural smallholding and moving to Cornwall. Animals are a fundamental part of our life. We have horses and dogs, cats and chickens. If I had my way we would have sheep and pigs and goats too. My youngest daughter, aged about six, once asked me if we could get a cow. I asked my husband. ‘No more animals while I’m living here,’ he retorted. ‘Maybe Daddy could live somewhere else?’ came her reply.

I had wanted to write about a group of people who have one goal but different motivations. And slowly, with the backdrop of lockdown, this story began to take shape. The inspiration also lay with our experience as young parents. Our first child wasn’t planned and took us by surprise at 24. We were just starting out in life. My husband, who was still studying, raced to get a job, and we tried to buy a flat. The way we managed to do this was to share with my best friend. We all put some money in for the deposit and managed to get a small mortgage. What followed was the most blissful year with the three of us and our baby daughter, living together in our own mini-commune. Our parents told us it wouldn’t work. Why would a young single woman want to live with a couple with a baby? But it worked better than we could have hoped and that experience has always stayed with me.

Maybe it was nostalgia for this period in our lives which informed the story told in The Haven, a group of young people, moving to a place and lifestyle which went against the norm. Maybe it was the two days I spent walking on Bodmin Moor a year previously with my best friend who had just discovered her husband wasn’t going to get better from his terminal illness. A weekend we spent walking and talking and inhaling the wide open spaces which were a balm for the soul. Wherever the spark came from, it wasn’t long before I’d imagined Winterfall Farm, remote and rundown, situated in the centre of the moor, where my groups of characters tried to live a better, more enriching existence. Working in the sunshine. Planting seeds and harvesting food. Learning to live more simply and at one with the natural world around them.

But predictably, of course, my dark side kicked in. One of the group had a very different plan, and soon in his search for a utopian ideal, he becomes altered. As his vision becomes stronger so too does his need to control the group. Utopia sounds perfect, but is there ever a one-size-fits all utopia? Surely each of us has a slightly different vision. And what happens when one person asserts himself as leader and therefore makes his own vision the goal? Surely the dream starts to unravel.

I pictured my family living in this rural idyll. Felt the heat of the summer sun on my skin. Felt the elation of those first harvested vegetables. But then, as the fictional year went on, I began to imagine what it would be like to be out on the moor with no running water, no electricity, no heat, in a cold and draughty stone farmhouse. I imagined what the locals might think of this group of ‘hippies’ living a life they didn’t understand, and how their hospitality might affect the morale of the group. As their dream began to collapse, what pressures would each of the participants feel? How would the dynamics work when they began to disagree over fundamentals such as schooling and modern medicine? As hunger kicked in? As they realised that this dream wasn’t going to be as easy to achieve as they had hoped?

My books are always about relationships put under strain. I find it fascinating to explore how individuals react so differently in varying situations. How morality varies. What is ‘right’ for one person is an ‘abhorrence’ to another, and how this conflict causes tension. Writing The Haven gave me somewhere to retreat to. It’s true that on occasion I found it impossible to concentrate and it became a weight on my shoulders. But those moments of peace, where I could disappear into its pages, submerse myself in the lives of a group of people I genuinely became invested in was a godsend. In fact, it was a haven. 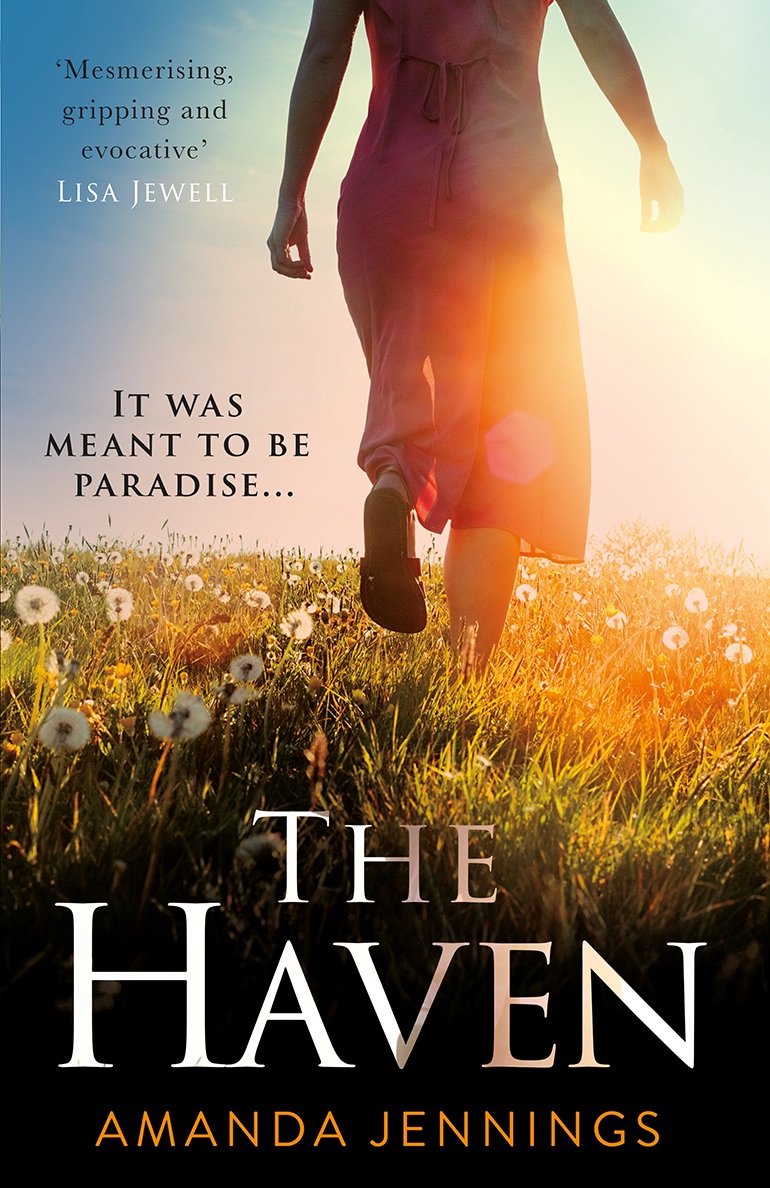 The Haven by Amanda Jennings is published by HQ

How has the pandemic affected what you write about? Author Holly Watt describes writing her Big Pharma thriller The Hunt and the Kill during lockdown.