A Portuguese friend and I were commiserating with each other about being far from home and missing the places where we grew up - and to which we feel most closely attached - when he mentioned smells.
'It’s especially that,' he said. 'When I think of home, I think of walking along this stretch of beach, and smelling the fish being grilled. All kinds of fish – from tiny sardines to big pieces of cod. You know what I mean?'

I nodded, recalling the scent of golden-brown slices of fried plantains, of ackee and saltfish, of a freshly cut Bombay mango. But the aroma of our respective cuisines wasn’t the only thing that evoked a sense of place; we traded stories, too, about the smell of the sea, of special flowers and trees.

When I’m writing, all these smells come naturally, without conscious effort, and this forms an essential part of the setting of a story. Setting, of course, can refer to time and place, but both are interconnected. The smells that I associate with home, growing up in the 1970s, might not be the same ones that my grandmother would have inhaled in the 1920s.

So, if I were to go back in time, in storytelling, I would research those scents for authenticity when describing both time and place.

As an instructor of creative writing, I tend to put the same emphasis on setting/place that I do on characters, plot, form, structure, tone, and point of view/perspective. Here’s what I tell my students: when it comes to place, use all your senses, and do your best to be original in your descriptions. Kill the cliché as soon as it occurs. If you can.

Let’s start with the sense of seeing. Growing up, I was always intensely aware of the physical beauty of my homeland – the reason it’s long been a tourist destination. On a group trip one weekend in the early Eighties, from the capital Kingston to the 'North Coast', I was particularly struck by the colour of the sea – ranging from cobalt, to emerald to a vivid purple. When I remarked on the shades, my friends laughed, telling me to stop being 'so poetic'.

But the landscape was in fact the stuff of poetry, though perhaps unsuited to words. Years later, when trying to describe certain places of exceptional splendour, I realized how easy it was for things to seem trite, clichéd. But how does one avoid falling into the cliché trap? Is it even possible? My advice is: always give your readers the unexpected when describing a place, and try to banish words such as 'quaint' and 'pretty'. When you feel stuck, forget about the sense of sight, and just close your eyes.

This is a trick we sometimes use in class. Close your eyes, and open your ears. My family and I now live on a street in Paris that has an outdoor market twice a week. The sounds start early in the morning, as the vendors drive up and unload their wares. The clanging means an early start to the day for residents, and we don’t need to see what’s happening to visualise the market – as the vendors shout out the prices per kilo of apples, clémentines and kaki/persimmons; of carrots and cauliflower; of mackerel and mussels.

Each time, as the market winds down, the voices increase in pitch, urging buyers to rush and seize bargains, before everything gets packed up. Then comes the screech of the gulls, as the birds swoop in to scavenge leftover pieces of fish or other food. And finally, the clanging again – as city workers stack the discarded crates – and the whirring of the little vans going round in circles, washing the square, leaving it pristine, as if the day’s market had not taken place. If I were to use this street in a story, the sounds would be an integral part of the portrayal. In fact, perhaps the sounds alone would convey a nearly complete idea of the place, stimulating one’s internal vision.

This sense can sometimes be overlooked when we focus on time and place, but it’s vital, especially if one lives in a culinary capital, or not – as the case may be; awful food can tell you a great deal about a place. Sometimes, it’s entertaining to play with the myth of a city as a food paradise versus the reality of deep-frozen food that’s artfully presented, as if cooked in-house. But that’s for another essay.

An interesting exercise is to eat one’s way across a district, village or town, and to try to describe the 'taste' of the place. This is a pastime that sometimes makes its way into descriptions of setting. From the jerk chicken that evokes history to the unusually made punch, taste can give a powerful sense of place. Conversely, when we’re bereft of taste, as Covid infections caused many people to be, how does that affect our perception of our surroundings? And if we have to eat only certain foods, or even go without, what does this say about a place?

Then there’s touch. What does a place feel like? This is something we often try to capture in the writing courses. If you touch the walls of buildings along a street, can you describe what materials have been used? How does the air feel when it brushes your skin? We could go on. But in a nutshell, it’s useful to think about texture and temperature, as well as ambience and atmosphere, in descriptions of place and time.

And now back to smell. In discussing home – and homesickness - my friend and I were immediately enveloped in the scents of our respective homelands. I don’t think we’re unique. All of us can close our eyes and ears, and use just use our nostrils to experience that sense of place, of setting, whether going back in time, staying in the present or projecting ourselves into the future.

So, do you smell the Metaverse? 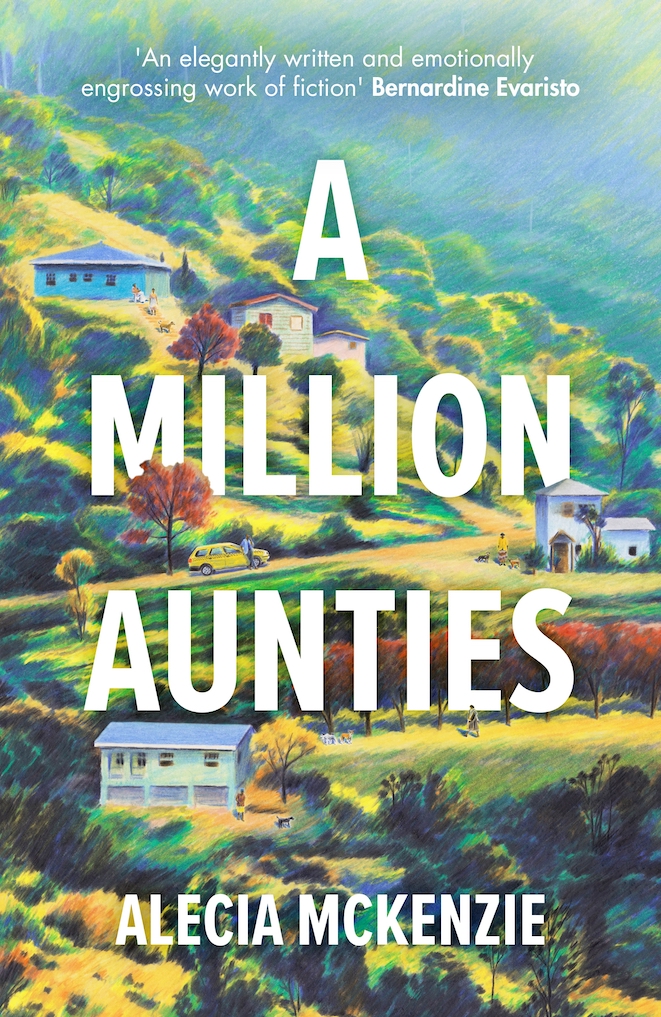 A Million Aunties by Alecia McKenzie is published by Dialogue Books

Read more about writing location in your fiction, with advice from author Una Mannion