I have always drawn on real life for my fiction. In my latest psychological thriller, The Apartment Upstairs, two high-profile news stories were the springboard for my imagination. The first was the brutal murder of Fusilier Lee Rigby on the street where I once lived and whose shrine of flowers and flags I used to pass by on the bus. At the start of the novel, my character Scarlett is on that same bus, staring at an impromptu shrine for a local woman murdered by her fiancé. Scarlett remembers seeing the tributes to Lee Rigby and reflects that a random terrorist attack will stay in the public memory far longer than the murder of yet another woman at the hands of a man. It is only a fleeting thought, but it was what got me into Scarlett’s head and kickstarted the plot. Would I have included this reference if I hadn’t lived on that street myself and seen Lee Rigby’s shrine with my own eyes? Probably not. But it sets the tone for the novel and made me wonder about the funerals of murder victims, which led me to the second main character, Dee, a local undertaker.

One of my former work colleagues re-trained as a funeral celebrant and I have always been fascinated by her new career. She told me lots of stories about her dealings with bereaved families, but I was mindful not to use any of them wholesale. That would have been inappropriate and disrespectful to the families concerned. Rather, I allowed that research to percolate in my mind in order to create fictional, but nonetheless authentic situations.

I was also influenced by the case of the missing estate agent, Susie Lamplugh, whose body has never been found. This case has held my attention since she first disappeared in 1986, and I was watching a documentary about it as I was starting to plot the novel. Before I knew it, Dee was in the throes of organising an event to mark the ten-year disappearance of her best friend, Gina Caplin. Unsolved mysteries like this continue to preoccupy us because we like answers, however distressing those answers may be. There are definite parallels with fiction here, as when faced with the unknown, the police, the press and the public at large construct narratives to explain what might have happened. For the relatives and friends left behind, however, the uncertainty must be unbearable, and this hideous state of limbo is something I wanted to explore. However, it’s important to remember the surviving relatives and friends of the people whose stories have inspired our fiction, and to ensure that what ends up on the page is a very different story.

My first novel, The Rumour, is also inspired by a real-life case, that of child murderer, Mary Bell. I’d heard someone gossiping about another, equally notorious former child killer, rumoured to be living in a safe house nearby. Soon I was reading all about witness protection. I wanted to explore notions around rehabilitation, and how we make monsters out of children who kill, when they themselves are often the victims of shocking abuse. But passions run high on this topic, and too often it is the killers who are remembered and not their victims, so I tried hard to convey the conflicting emotions on both sides.

With my second novel, Who Did You Tell, the inspiration came from a little closer to home. My husband and I were supporting a family member with alcohol problems, and although I never intended to write a novel about addiction, this topic somehow wormed its way into the plot. It wasn’t as if I was taking something real and presenting it as fiction, nor was I attempting to disguise the facts. I simply used an emotional landscape I was familiar with and populated it with fictional characters and situations.

As novelists, we make things up all the time. But those things have to come from somewhere. The people and events that have shaped us all contribute to our unique voice, whether we consciously realise it or not. They are the ingredients at our disposal as we sit down to create a work of fiction. Even the most outlandish and fantastical tales have some element of truth at their core. If nothing else, they reflect the preoccupations of their writer’s mind. As long as we are aware of the sensitivities involved and allow our creative minds to exert their magic, drawing from real life is an inevitable part of being a writer. 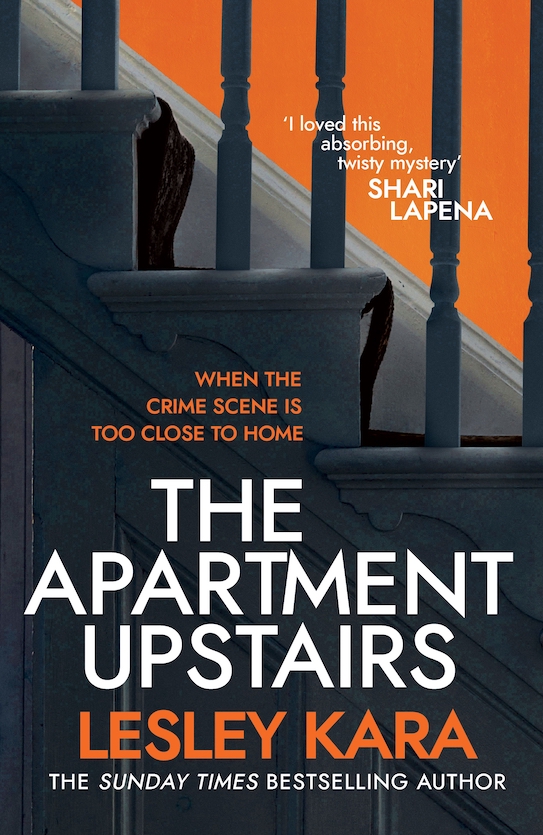 The Apartment Upstairs by Lesley Kara is published by Bantam Press at £14.99

If this has sparked your interest in using real life events to inspire your fiction, read how Heather Morris told Lale Sokolov's true-life story in her bestseller The Tattooist of Auschwitz.