The difference between poetry and prose The difference between poetry and prose, if you’re being facetious, which I often am, is obvious: poetry’s poetry, prose is prose. You know a poem to look at because it looks like a poem. What about prose poems, someone might say in response. Well, you know a prose poem to read, because it reads like a prose poem. What does that mean, someone might say in response. Well, I know what that means, and what it means is – oh wait, what’s that? Is that a – is that a bear a behind you? Sorry, I can’t hear your questions over the sound of me running away from that bear!

In a 2016 interview with the Guardian, Anne Carson said, ‘If prose is a house, poetry is a man on fire running through a house.’ This is as good as any place to start. If prose is a house, it’s because prose’s schema can often be neatly summarized, and if it deviates then its deviations can be tethered to the understood rules from which it deviates. Poetry is the person on fire within the house because it sits within a schema, rather than its existence being synonymatic with that schema. It can be located inside a set of rules, but it fundamentally involves elements in flux, elements uncontrollable. It is an amalgam of the codified, the fallible, and the incendiary.

For me, what I’ve discovered to be the primary difference is how I approach editing. I noticed recently that I’m a much better editor of my poetry when I’m faced with the prospect of showing it to someone I know. This is something I’ve never experienced in fiction; I find I can edit my fiction by myself fairly proficiently, and I wonder if this is something to do with just how beyond control writing poetry can feel. With fiction I’m like a wombat, proudly displaying the tenement I’ve built from my own cube-shaped fecal matter; with poetry I’m a terrier, panting at a door, no idea when my master will come home from work – my world is ordered by a succession of concepts that feel inaccessible.

Weirdly, though, once the prospect of another set of eyes on my poetry is introduced, I can edit the work without the prospect being realized. I think this is because poetry sits in tandem with the unknown. Once I try to read the poem as though I didn’t write it, I can see what’s wrong with it, and I think this is because in some sense I didn’t write it; not in the way I write fiction, anyway. Denise Riley says that poetics and shame are symbiotic – you cannot produce poetry without feeling shame, and nor should you. This shame, she says, is diagnosable to the fact some part of us recognizes that we were not the singular masters of the poem’s construction. Poetry writing is not a fiefdom, it’s more an anarcho syndicalist commune. It is a collaborative act. Poetry, through its very existence, asks us to acknowledge that language isn’t wholly ours. We made it, but we make lots of things that go on to shuck off our authority. Without the binding constraints of narrative, of syntactic formulae, it becomes harder to corral language in a way that matches our initial intentions for a piece of work, and therefore harder to convince ourselves that we have dominion over this strange entity. When writing a poem, I find myself led by the strange alchemy of scansion and phonemes. I think this is what I discovered when I psychologically introduced the specter of another’s eyes on my poem – I learned to see the poem as estranged from me, which it always was. Through this, I was better equipped to see what it was already accomplishing beyond my knowledge, and edit it under those terms.

Ultimately, though, I want to start trying to think differently about prose – I want to try and approach it with the same authorial susceptibility to language’s volition as I do poetry. In the opening poem of Timothy Donnolly’s collection, The Cloud Corporation, he writes ‘[To admit] That the mind that fear and disenchantment fatten / comes to boss the world around it’. I wonder if permitting the uncontrollable without fear, into prose, leads to something exciting. 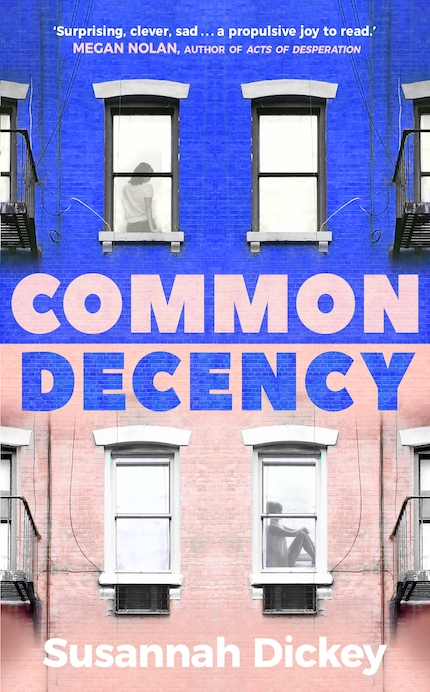 Susannah Dickey is the author of Common Decency, out 21st July (Doubleday)

Interested in writing poetry? Read How to Start a Poem by multi-award winning poet Rob Miles.