Stuart Turton: No good way to write a book 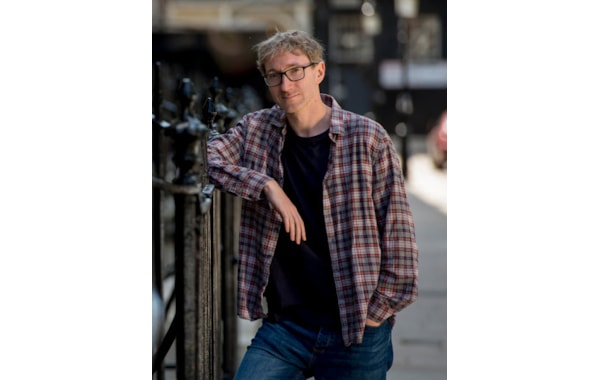 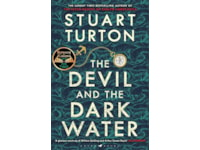 There’s no good way to write a book. Only bad ones. That’s what I’ve learned.

My first novel was called The Seven Deaths of Evelyn Hardcastle, and it was a time-travel, body-hoping, murder mystery. Planning that one nearly drove me mad. The writing was easier than the planning, but only a little. I’d quit my dream job as a travel journalist to write Seven Deaths, relocating from a thirtieth-floor apartment in Dubai to a one-bedroom flat in London, above a children’s nursery. I wrote Seven Deaths to the smell of dirty nappies and the sound of children crying.

The stress of writing Seven Deaths came from knowing how much I’d given up to write it, and how terrible I’d feel should it not be published.

By the time it came to write my second book, The Devil and the Dark Water (gosh I love a long title) my personal situation had changed. Seven Deaths had been a bestseller and won awards. Financially, I had the money to become a full-time author. I moved out of the nursery and bought a house. We started a family. I broke ground on Devil a month before my daughter was born and finished it around her second birthday. As with Seven Deaths, I wrote the book to the smell of dirty nappies and the sound of a baby crying. Unlike Seven Deaths, I couldn’t ignore those things when they happened.

As anybody who’s ever been around a baby knows, they fill your life up completely, leaving no room for anything else. This is a problem, because the way I write books fills up my life completely, leaving no room for anything else. Before I type a single sentence, I spend three months planning my plots, starting with an impossible murder. I then work backwards to figure out why somebody would need to be killed that way. From there, I decide who did it, and what their motive was. Then I work forwards. Who is going to solve the crime? What clues will lead them to the resolution? Who’s standing in their way and why?

Out of that comes a cast list. I make sure each of my characters has light and shade, and a secret. I want everybody in my books to be a suspect. Once all that’s done, I won’t look at the planning documents again until the book’s finished. If something needs to be changed, I change it on the fly while I’m writing.

The reason for this is that I plan my plot, not my characters. I put silhouettes of them in my planning, but I don’t actually get to know them until I see how they react to things – including each other – and I can’t see that until I write it. The bugger of this is that if my plan has them doing something I don’t think they’d do, then I have to change the plot.

I change the plot a lot. In the case of The Devil and the Dark Water most of the plot was changed to accommodate Sara, my noblewoman with a secret. She’s great. I love her. She’s a pain. She made everything more difficult. You see, in my original plan of the novel she had a much smaller role than she ultimately ended up having. As I started writing her, I kept finding new layers in her character. I knew she was smart, but I didn’t know how driven she’d be. How dry. How much chemistry she’d have with her friends, and Arent Hayes – my riff on Watson, but, you know, not useless.

Sara demanded more page time, and she got it.

It’s a stressful way of working, because it feels like you’ve put to sea in a boat you’re building beneath you. Every day you hammer more planks to the hull and put a few more stitches in the sails, but you’re always much closer to sinking than sailing. I don’t recommend it, especially when you’re trying to build that boat while a baby screams and you’ve only had two hours of sleep.

My first draft of The Devil and the Dark Water was 170k words. To put that into context it’s now 130k. First drafts are meant to be crap. They just a bunch of ideas in a vaguely linear line with an ending. My problem was that my second draft wasn’t an edit of the first draft, it was almost a complete rewrite. Draft two was better, but still crap. This one was only 90k words, but the characters were given information rather than earning it. The supernatural elements and the mystery elements felt jammed together, rather than interwoven. Characters only ever spoke to progress the plot.

Draft three was better again. Draft four was my book. I’m writing book 3 no, and desperately hoping I won’t make the same mistakes. Deep down I know I will. I know I have to. It’s how I write. There’s no good way to write a book. Only bad ones. That’s what I’ve learned.