Self-publishing your way to a traditional book deal 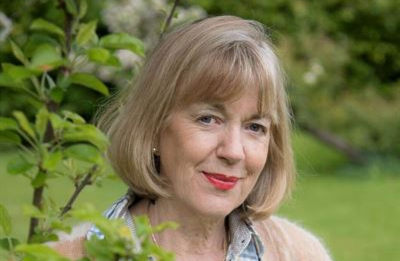 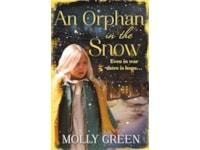 Never, ever give up is a very common piece of advice heard in the writing business, among others – and is repeated here by this month’s debut author, Molly Green, whose An Orphan In The Snow was published by Avon HarperCollins in November 2017.

Already a prolific self-published author (under her own name of Denise Barnes and another pen-name, Fenella Forster), she was always determined to be a traditionally published author.

‘I wrote two memoirs,’ she explains. ‘From Bad to Wurst: Bavarian Adventures of a Veggie Cook, was based on my experiences as a vegetarian cook in a health clinic in Bavaria; and Seller Beware: How Not To Sell Your Business – culled from selling my eight-branch estate agency business and realising that the buyers weren’t what they purported to be.’

It was a long way from her early writing attempts as a child, although even then she had an audience. ‘In primary school I used to write Enid Blyton-type serials. I loved it when the children crowded round the notice board to read the latest chapter and then ask me ‘What happens next?’ I had no idea but had to come up with something by the following week! But it was a deeply buried fantasy, rather than my thinking it might one day be possible to actually become a writer.’

She really began writing seriously twelve years ago while running her estate agency business. ‘I wanted to sell it so I could write full-time, but it was a three-year nightmare battle trying to get my money. My only lifeline was starting the first novel in the Voyager trilogy, which allowed me to escape into my fictional world.’

These historical sagas were published under the pen-name Fenella Forster, with Annie’s Story winning the US Gold Medallion BRAG award, followed by Juliet’s Story and Kitty’s Story. ‘I also had an article called Joy of Less included in a Chicken Soup for the Soul anthology, which I’m proud to say out of 101 articles, was chosen for discussion on Good Morning America.’

For writing advice every month, subscribe to Writing Magazine today and receive your first 3 issues for just £3! Claim this offer HERE.

A strong believer in learning the rules, her advice is, if you don’t know them, learn them. ‘I tried to do everything right for that first novel such as going on lots of courses and reading dozens of how-to books. The story grew to 150,000 words, and several agents told me to split the two interweaving stories of Annie and her granddaughter Juliet, which I did reluctantly, expanding Annie’s Story to double its size. It turned out to be the best piece of advice I could have had. I had already started Kitty’s Story which I’d thought was the sequel but it became a trilogy of which I’m very proud.

‘Then I had an amazing stroke of luck. A kind and generous author I met through the Romantic Novelists’ Association introduced me to her editor, Helen Huthwaite of Avon HarperCollins. Helen invited me to submit the ms of Kitty’s Story which was set in WW2. She loved it but decided as it was the third book in a trilogy, and I’d already self-published the first two, I should carry on and self-publish this one too. I was so disappointed; I felt I’d been really close to being traditionally published by my dream publisher.

Then Helen took me completely by surprise by asking me if I would consider writing something especially for HarperCollins - set in WW2! One heartbeat later I said I’d love to! She gave me a sketchy outline and asked if I would write the first chapter and a synopsis of the novel in a fortnight as she was about to go on holiday and would love to see it on her return. I did and the response was far better than I’d ever imagined, and went something like this: ‘Yes, the whole team loves it so please go ahead and write the novel, and by the way we’d like to offer you a three-book deal!’ We signed the contract last Christmas (I decided to use the Molly Green name for this series) and a few weeks later my lovely new editor Rachel Faulkner-Willcocks (Helen has since been promoted) said my novel had been chosen as one of their leading titles for autumn/winter 2017. I’m still pinching myself!’

An Orphan in the Snow is set in WW2, on the outskirts of Liverpool, in a fictitious Dr Barnardo’s home (but loosely modelled on Gladstone’s Library near Chester). War is raging but June Lavender, the new nursery nurse, and the other women and children in the orphanage, cannot give up hope. ‘For my research,’ Denise/Molly explains, ‘I managed to contact a gentleman on the TV programme Long Lost Family who was a Barnardo’s boy in the war. He was able to give me the kind of detail you would never find on Google or in any books.’

An Orphan’s War, aimed for release in late summer 2018, is the second book in the Dr Barnardo’s series and set in the same orphanage outside Liverpool, but with a new heroine.

• Find a trustworthy writing partner or join a small writing group. You need the support of people who ‘get’ what you’re doing.
• Don’t rush to submit, but let your ms ‘simmer’. Re-read it, then edit, edit, edit. Presentation is crucial.
• If all else fails, self-publish. But be professional. Nothing puts a reader off more than finding lots of typos.
• Finally. Never, ever give up!