All I can do is be honest. You have to just go for it and not judge yourself and what comes out.
Dyslexia affects my letters the most. Readings are the worst experience – I come out in a cold sweat when I have to sign the books. I have to work out the letters that are missing. Everyone’s dyslexia is different and mine is letters.
I have to give myself the power to be imperfect. Just say, I’ve got a unique story to tell and it doesn’t matter if it’s not perfect. If someone ever corrects one of my tweets, I’m like, who are you?
At school they told me I couldn’t write, and it would never happen. They took me to one side and told me my writing was rubbish. My English teacher told me I’d only write the labels in the factory I was working in. Why be so cruel?
The big thing about my books is I write at an incredibly fast reading pace. Some people like action-packed thrills from the first page. These books are like a binge-watching series that you watch on the edge of your seat. Book one (Ruthless Women) was the bonkbuster and Guilty Women, which is book two, has become the blockbuster. The younger women are coming through – just like a real soap opera where minor characters are coming through.
Writing Guilty Women was probably the most difficult experience of my life. I’d written Ruthless Women in several weeks in the pandemic but this was a very different thing. I didn’t think I could do that. It’s big. I wrote it in 12 weeks, literally in tears, hysterical, through the night. In trains, planes, in the back of cabs.
When I finally got a draft everyone was happy with it. It had been typeset and I realised I’d made everyone else happy, but I wasn’t happy.  And I rewrote the entire book from scratch. Between Christmas and New Year. I literally did a rewrite while the printers were ready to go.
Guilty Women is a crime thriller and I didn’t know I could write crime. I write sexy crime which I didn’t even know existed. It’s all about the crimes and the injustice and the friendships and the loyalty and what women go through in showbiz. The characters are so real to me. I’m no longer an agent but I feel I represent these characters.
Being a working class writer means hard work, every single day, and proving you’ve got a product that people want to read. And it never goes away. Ruthless Women wasn’t in any awards or nominated, but it was a best seller. My fiction is something populist that’s going to appeal to everyone. I still can’t reach the readers because I’m not in bookshops – just in the supermarkets. I get reverse discrimination. I feel like I am fighting because I am fighting the system.
Most people want to escape from what they’re in. We are living in the worst times, war, pandemic, everything is a mess and people want to escape. But publishers always want misery stories from working class writers. You can be working-class made good but you must stay miserable. You’ve got to have something wrong with you. I could pull every card in the book out and I don’t want to. If you write a misery memoir and you’re working class the doors open because then they can say she’s still got loads of problems.
Dyslexia means you have to work 10 times harder than everyone else. I grew up in a house with no carpets and free school dinners. I want nice things, diamonds, I bloody earned it. I paid for it. Next level, I’d really, really like a bit of respect for the books. They’re a rollercoaster, white-knuckle ride. Judge the books, not the cover.
I think we should celebrate everyone, highbrow and lowbrow. Just be popular. If I could get any message out there, it’s that if there’s something you want to do there’s nothing to stop you. You can do anything. 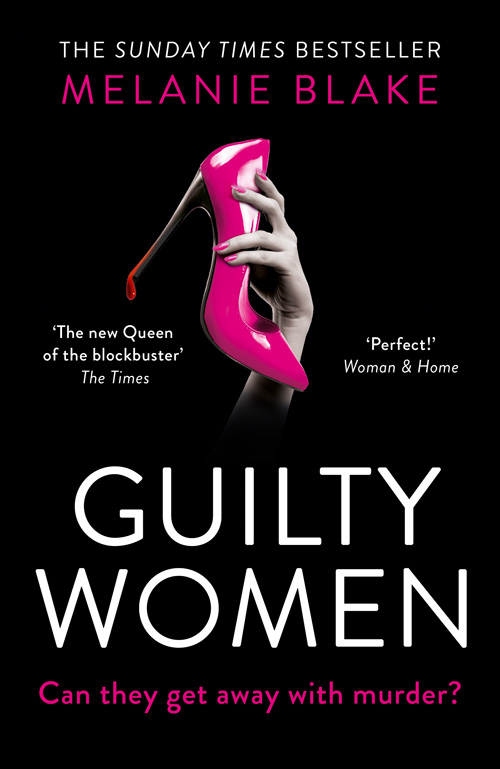 Guilty Women by Melanie Blake is published by HarperCollins.

Read what Melanie said about writing her breakthough debut, The Thunder Girls, back in 2019.