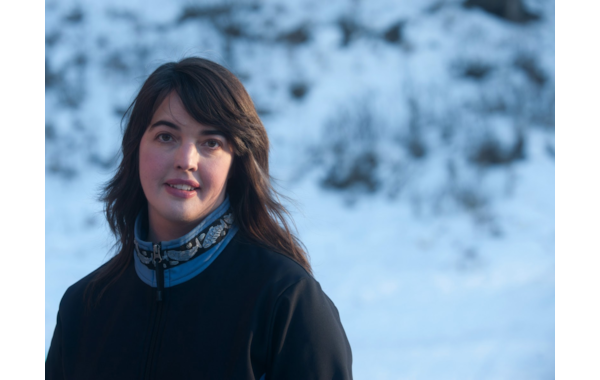 Eowyn Ivey, author of The Snow Child and new novel To the Bright Edge of the World, spent around ten years working as a journalist for The Frontiersman newspaper, and the same amount of time as a bookseller at Fireside Books in Palmer, Alaska, before the success of her debut enabled her to become a full-time writer. She tells us how her previous jobs helped her as a fiction writer, and how her creative process works.

• I thrive on a deadline – I brought that from my journalism background. Being a journalist has been a transferable skill in a lot of ways – deadlines, writing things and knowing I’m going to be edited. I’m used to people saying, ‘this doesn’t work, you need to change that’.

• I don’t know if I’d ever have written The Snow Child if I hadn’t worked as a bookseller. As a journalist, at the end of the day I’d tapped the vein and had no words left when it was over, but in the bookshop I was reading books, talking about books. Working there was probably the most important decision I made as a fiction writer.

• Reading is where we most learn. I’ve been inspired by reading anything from ancient classics right up to modern stuff – we can learn a lot from each other as writers.

• I write everything on the computer. I have a notebook, images and pictures, but that’s early on, the process of revving up my nerves and getting excited. I don’t know how people did it before word processing! Early on in this book, I sent a draft to an editor and had to cut 30,000 words and I was completely daunted – but my mom said, you’re always going to have that draft. All you’re risking is a lot of hard work! I don’t know if I could have done that if it had been all or nothing.

• Once I’m committed I pretty much work five days a week, when my husband and daughters are at work and school. But other times, I just write when I need to.

• A lot of writers plot it out and some fly by the seat of their pants, and I’m somewhere in between. I think structure helps – the fairytale, having the reports from a real expedition. Then I go down rabbit holes and follow what interests me. It doesn’t always work, and I have to retrench and rework it.

• Creating characters has been more of a challenge. One of the things I struggle with is not being able to create a character before I start writing – I discover them as I’m writing. I only realised Mabel in The Snow Child liked to draw three quarters of the way through. I’ll go back and weave things in. It’s like a blender, weaving all these things into a new concoction – it’s like getting to know a person I’ve never met before.