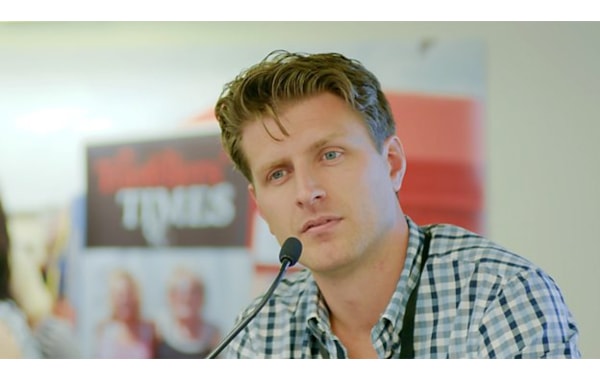 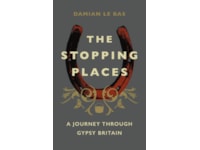 Damian Le Bas, author of The Stopping Places, reflects on how locations affected the way he wrote his acclaimed debut

Beware the rush of finishing

I used to think a writer needed a wonderful place to write: a shed at the end of a winding path; a sea-spattered chalet; a prairie cabin on struts with rocking chairs and a railroad stove. As I describe these hypothetical magic spots, they call to me with the magnetism of vice. But nowadays, unlike in the past, I rarely try to find them.

When I pitched the idea of a book that would see me visit the ancient haunts of Britain's nomadic Romany Gypsies, my belief that books should be written in special places was in full flow. My book, I reasoned, would be different to any other book about Gypsies because it would be written in my van: it would read like the spawn of a moveable beast. People would sense its rolling birthplace in the lilt and swerve of my language. I was excited because I knew it would work. The reader would, through inexplicable, quasi-mystical means, be able to sense the moonlight as it played across the page where I composed. The ambience would affect my syntax, guaranteeing a different style and feel.

It didn't work. I wrote about sixty thousand words in my first few months in the van, and though there were useable nuggets in there, the prose was disjointed and bereft of a compelling narrative. It turned out the van was a bad place to write. There were so many other things to do in there – cooking and tidying, gazing out of the window at a constantly changing view – that my sentences were snatched-at: isolated thoughts that didn't hang together. I talked about it with my editor, my agent, and a good friend. They all agreed that something wasn't working, and I knew it was the way I was trying to write. I took a few days out to think it over, and came up with a fresh approach. I'd make notes on the road, both on paper and on dictaphone, but then give them time to sink in, and weave it all together during the odd static weeks when I wasn't moving around so much.

Several people had pointed me towards William Wordsworth's description of poetry as "emotion recollected in tranquility", and I kept coming back to this idea. The things I was seeing and feeling needed time to settle; to mellow and cure. Writing started to seem somewhat like analog photography. An experience came in a flash, but developing them into things worth framing took time, practice and skill. For the first time in my life I found myself rewriting sentences dozens of times, targeting the perfect balance between each line and the tenor of the whole. Habits turned into rules of thumb and a routine began to emerge. I read drafts aloud, and if anything seemed to jar, I always erred on the side of changing it. I slew darlings; prioritised flow. My love of iambic sentences had to play second fiddle to clarity and precision. Mottos arose: I wrote them in capital letters and sellotaped them to my laptop. "WRITING IS REWRITING". "SIMPLE. BEAUTIFUL. POETRY". And a good one from a novelist friend: "BEWARE THE RUSH OF FINISHING".

As I focused on technique, I noticed I cared less and less about the place where I sat down to write. I was thinking about what I was doing and not about where I happened to be doing it. Noises I might once have found fiendishly distracting started to bother me less and less: the clatter of coffee shops; the tidal thrum of rural traffic. I did some writing in my great-gran's garden shed, but I found I was just as productive at a table in McDonald's. Likewise, the means of getting the words on the page didn't matter, as long as I wrote. I jumped from scrawled notes in a cheap A5 notebook to my Olivetti typewriter – a gift from an old friend – and a small laptop my family chose for its extra long battery life, a boon when I was camped alongside lonely roads. I wrote the odd long section on my phone, which is what I'm using to write this piece. I was growing unfussy. Writing seemed less like some arcane state that had to be prayed for and placated. It was more like a long, honest, meticulous job. And that felt right.

When experienced writers and editors offered advice, I took it with thanks and held cynicism at bay. I tried to quarantine any devices that had access to the internet, unless I was doing concrete research or answering emails during a designated hour. People's assessments of my writing got more positive as my routine grew more predictable by the day. I set modest goals and felt good when I met them. Gone were the days when I felt like a hero for writing ten thousand words of awful prose in a single day then wrote nothing for weeks because I'd overstretched my mind. A few paragraphs, if they were decent, were good enough. I was building something: a book, not a writer's idyll of the mind. I took deep breaths and tried to get the measure of the task. And I took my time.

Damian Le Bas is the author of The Stopping Places: A Journey Through Gypsy Britain, available now in hardback (Chatto & Windus; £14.99, available here)