How to write fight scenes 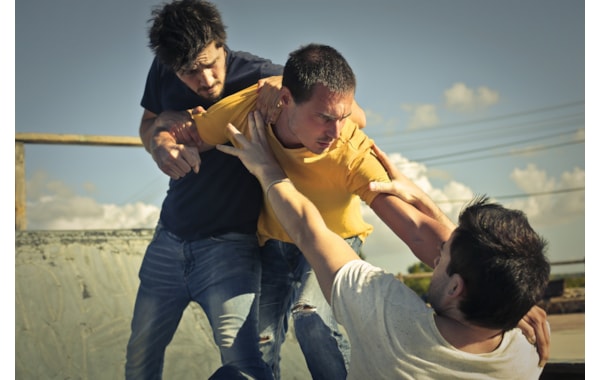 Fiction needs conflict. It thrives on it: raw, confrontational stuff that keeps readers glued to the page. It ups the stakes between the characters. It builds and releases tension. It adds to the drama.
What could be more expressive of conflict than an actual fight scene? Wrong. You imagine fight scenes in fiction are exciting, because they are in films. But in books they can be boring, and slow the action – which is the exact opposite of what you want them to do.

Get the fight right

If you watch dancers, you don’t want to think about their choreography – you want to enjoy the sight of them making beautiful shapes that match the music. Fight scenes are similar. You want readers to be excited by the conflict and drawn into the action, not forced to read a blow-by-blow description of how the fight plays out. Fight scenes should be choreographed so that the writer knows who hit who, why, where and with what. Those are the bones of the fight scene and they exist for the writer’s benefit, not the reader’s. The writer needs to know how their fight scene is choreographed, but the reader doesn’t need to see it. Let them use their imagination. Showing not telling is essential – you want readers engrossed, not skipping to the next bit of dialogue.

Why is your fight scene necessary?

Is it gratuitous, ie there for decoration or because you fancied writing a fight scene? Or does it serve a purpose in telling you something about the characters, or moving the plot along, or preferably both? Everything in your story needs to play a part in progressing your narrative. Before you invest your time and imaginative energy in creating a fight scene, ask yourself what point does the fight serve? If you took the fight out, how would it effect your plot and characters? Only include a fight scene if it is pivotal to the storyline. Your fight scene needs to be crucial to the story, not included merely for effect/decoration.

Why this particular fight?

What are the particular reasons your characters are getting into this fight? What part does this fight serve in your storyline? This is a question you especially need to ask yourself if you’re writing the kind of story where your lead character is in peril/danger and there is the possibility of repeated fight/conflict scenes. Each fight needs to be unique. If your character gets into repeat fights, each one must do something different in the story, ie advance the plot in some way.

How does your fight scene further plot and character development in the story?

Fights don’t come out of nowhere. What has triggered the fight in question? Is there a buildup of tension leading to conflict? Is the fight verbal or physical? Is it domestic? Has the character a hair-trigger temper? Or a slow burn that leads to an explosion? Is the fight with a stranger or someone the character knows? Is the character involved in a lifestyle or occupation where fights are potentially part of the territory, or an occupational hazard? Is the fight a climax to a situation or does it set your character on a new course of action that will be pivotal to your plot?

What's the difference between plot and story? Read this to get clued up on plot vs story.

The fight scene should reveal something about your character.

How does your character fight? What does it say about them? Are they quick, fast, sneaky, or skilled? Are they cumbersome, vengeful, vicious? Are they attacking, or defending, and in either case, why? What is the character’s relationship to fighting? Are they up for a scrap, or would they prefer to avoid physical conflict?

Make your readers care about the fight

It can’t just be there for the sake of it. Readers have to be invested in the outcome. There has to be a sense of risk/tension/heart being in the mouth. Think about why the fight is taking place and its impact. What emotions are involved in the fight for the characters taking part in it? No matter what the genre, your writing will leave its mark if readers are involved with your characters. This may be stating the obvious to romance writers but it holds just as true for crime and even thriller writers. Your fight scene is pointless if it doesn’t provoke an emotional reaction in your reader. That emotion might well be adrenalin-thrilled exhilaration or excitement at a well-landed blow or a foe vanquished, but you, the writer, have to generate that in your reader for your fight scene to be effective.

BOX CLEVER BY THINKING ABOUT TECHNIQUE

Now you know why your fight scene exists and how it furthers your narrative, what’s the best way to write it so it’s powerful and effective? Here are some things to think about. 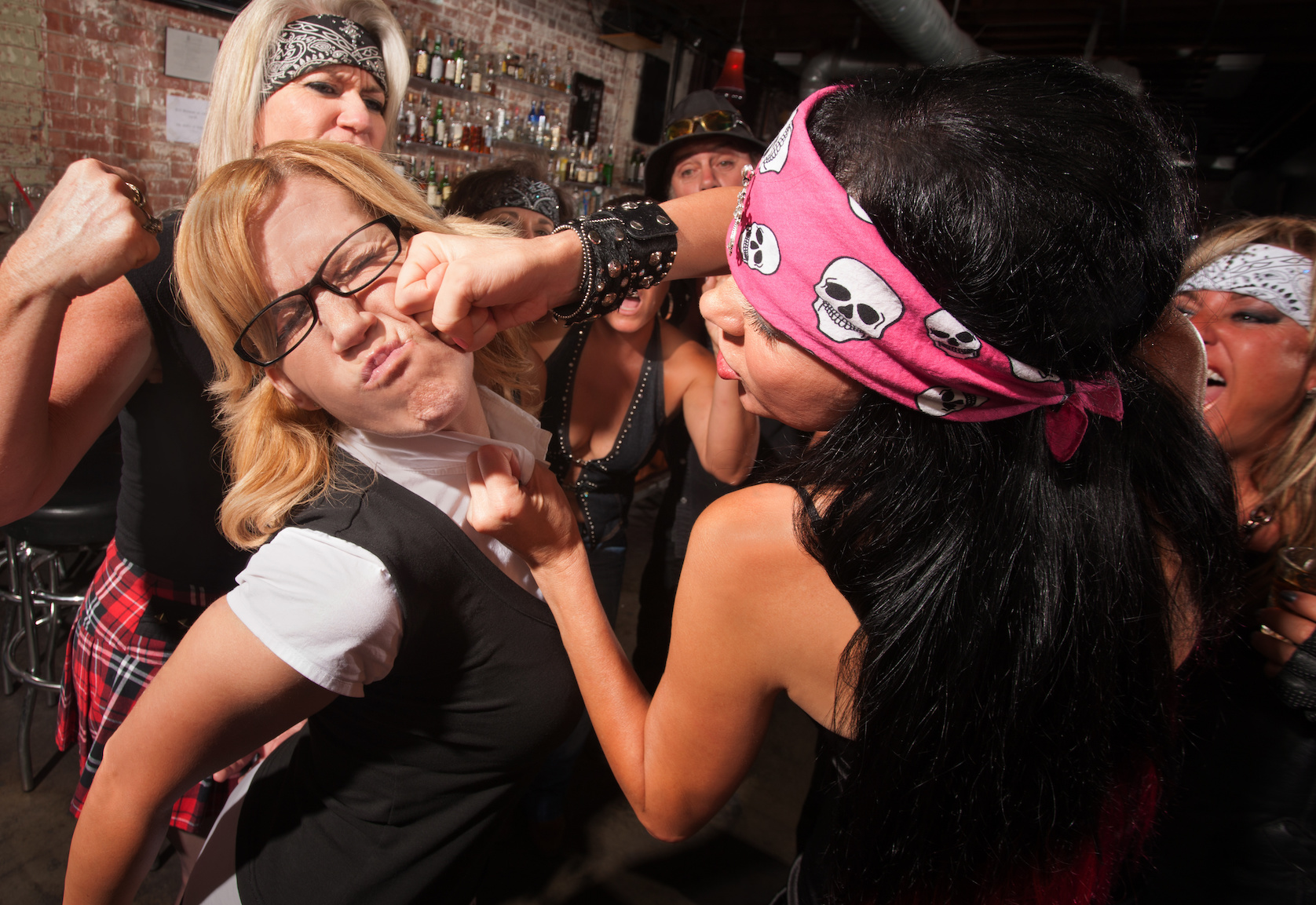 Whose perspective are you writing the fight scene from?

Viewpoint is crucial here. A fight will read very differently if it's written from the viewpoint of the character involved in it (either first person or close third) than if it’s told by an omniscient narrator. If it’s written from the character’s viewpoint you can only give one side of the fight, and the chances are that it would occur in impressions. Would a viewpoint character be likely to say, ‘I punched him in the nose and then followed it up by headbutting him and then, once he was on the floor, kicked him in the ribs until he stopped moving’? Or something along these lines: ‘Joe was asking for it. My fist in his face. I felt the bone in his nose crunch as my knuckles made contact.’

Fights tend to happen fast, and be an intense moment or moments when sensations, impressions and emotions are adrenalin-fuelled and heightened. Your writing needs to reflect that. Match your language to the change in pace, ie fast, short, sharp. Use short sentences, cut-down phrases and single-syllable words to up the pace. Taut, muscular prose will express the physicality of a fight, and the intensity of emotions that accompany it. Fight scenes are not the place for you to create a lengthy set piece which will slow your story, and they definitely aren’t the place for over-writing (*there is no place anywhere for over-writing).

Let the reader use their imagination

Blow-by-blow description where everything is spelled out is boring, and slows the pace. Let readers imagine something vivid and visceral. ‘Leon was fast, and wiry. I knew the damage he could cause with those nunchucks. I once saw him take out three guys twice his size.’ Is far more effective than ‘Leon stepped forward, with his nunchucks in his hands. He got them whirling at the same time, faster and faster, then advanced on me with the weights crossing to and fro in front of him’. Leave enough space for the reader to create their own mental picture of the fear, the fight and the follow-up.

Instead of describing each physical retaliation in words, use the character’s own voices where you can. It can effectively create the tense energy you need for your fight scene to be convincing. Having Colin say, ‘I’m going to do you Derek, you cheating piece of scum,’ tells a reader much more than informing how Colin moved from the bar and picked up a pint glass to confront his rival Derek after noticing he’d used weighted darts in a charity match.

Learn how to describe your characters by following this essential advice.

Make sure your fight scene is accurate.

Does it ring true? Do your research ie, how does that punch work? What effect does a stab wound in that particular place have? What techniques do you need to handle daggers? Knives? Mallets? Throw a punch? Fire a gun? Fire a particular make of gun? What damage would someone actually cause with a particular kind of blow or punch? If you get this sort of stuff wrong readers will notice and it will take them out of narrative reading mode and into the realms of nit-picking criticism.

But don’t let the writing be all about technique

You need to know it and convey it in a way that isn’t clinical. Be visceral. Use the senses. Let the reader feel the impact. Compare ‘Blair rotates her fist inwards as her arm extends to execute a classic corkscrew punch with her palm facing down as she slams her fist into Sheela’s jaw.’ With ‘Sheela doesn’t see it coming. Blair’s corkscrew fist takes her off-guard, the blow crushing her teeth, toppling her balance and sending her crashing to the floor.’

Don’t forget the importance of the aftermath.

How has this fight scene effected change? In the plot? In the character? Has the story moved on because of this confrontation? Has your character gained in knowledge, insight, experience, and what will that lead to? If you have written it well, your fight scene will have progressed your narrative in some way that is essential to its development.

Blackbelt Tal and Thai boxer Niko have known each other from school, where they were in rival gangs. As adults, the rivalry increased when Niko’s partner cheated on them with Tal. Tal moved away from the area after that but when Niko is on a night out, there is Tal at the bar. A confrontation that has been building for years is about to kick off.

Knowing this backstory, write the fight scene between Niko and Tal. Make it no longer than 600 words, including the face-off, the fight and its immediate aftermath.

Want to put your fight-scene writing skills to good use in a longer piece of fiction? Give yourself the best possible chance of success by enrolling in a Writing Magazine Creative Writing Course.