How to write books that stop children being scared During my career as an art psychotherapist, working with vulnerable children and their parents, I became aware of the importance of communication in forming healthy attachments and bonding between parents and children. So much so, that I decided to make communication and listening to each other the defining characteristics of my series of children’s books, Alexander’s Questions; a series of humorous picture books about an inquisitive boy called Alexander on a quest to find the answers to several puzzling questions.

In Alexander’s Questions, which I both write and illustrate, I often draw on humour as a way of communicating with the child reading the story. I believe that small children have unlimited imaginations and an unrestricted view of the world, together with a huge capacity for seeing the funny side of things. I also believe that the best stories are already all around us; set in every day life, that is familiar but at the same time full of potential for fun. Through word play, misconceptions and the humorous side of everyday life are seen from a different angle.

In my latest book, Are Mummies scared of monsters? I wanted to explore the notion of fear in a light-hearted, non-traditional way where fears are validated and confronted through humour and communication between the adults and the children in the story, leaving small readers feeling empowered.

In Are Mummies scared of monsters? Alexander is kept awake by a noisy monster under his bed, but soon learns from communicating with this monster that they have something in common. They both hate broccoli! This immediately gives the reader confidence that monsters can be dealt with and puts Alexander on his quest to find out who else is afraid of monsters and to what degree.

The monster in the book personifies fear and Alexander soon realises that everyone in his family is afraid of something. In this way, I hope to bring attention to the reader that both adults and children can be fearful and that fear manifests itself in many different ways. In the book, Mummy’s fear of French roadmaps is irrational while Daddy imagines monstrous problems at work and the neighbour has a real fear of finding dog poo in his treasured garden! Baby T has a physical fear of being hungry at bed time, while Mummy’s sister is confronted with collective fear in Scotland; the Lochness monster!

Looking at the world through Alexander’s eyes helps me to approach the story and illustrations from a different angle. Sometimes this may mean physically down-sizing to look at what your character will be seeing or even standing on your head in order to approach things from a different angle! My children have always been very helpful in posing; giving their view or simply drawing how they think a character, or in this case, a monster should look. If in doubt, don’t hesitate to ask a nephew, niece, or any small person for advice!

The world in Alexander’s Questions is seen through the eyes of Alexander, a small boy, and I often opt for reversing roles in the story in order to connect more deeply with small readers. Parents are more fearful than children and children rush to the aid of adults in the story.

In Are Mummies scared of monsters? Alexander quickly finds out that adults are more afraid of monsters than children and that people all cope with fear differently. Such as, Mummy’s sister searching out new fearful situations while Daddy finds comfort in a hot bath when he feels particularly scared. Thus, when Mummy calls for his help, Alexander rushes to Mummy’s side and opens Mummy’s wardrobe to reveal something scary inside.

Most children are told what to do a million times a day by the different adults conducting their lives, so when it comes to children’s books, I believe that when snuggling down with their favourite book at bedtime, no child wishes for another lesson or deeply moral message concluding the story. Leaving the ending to the reader’s imagination is only one option that can generate fruitful discussion between parent and child.

In conclusion, writing a book for children is all about tapping into your inner child; becoming younger, smaller and lighter until you reach that magical, imaginary place where everything is possible and the best stories are conceived. 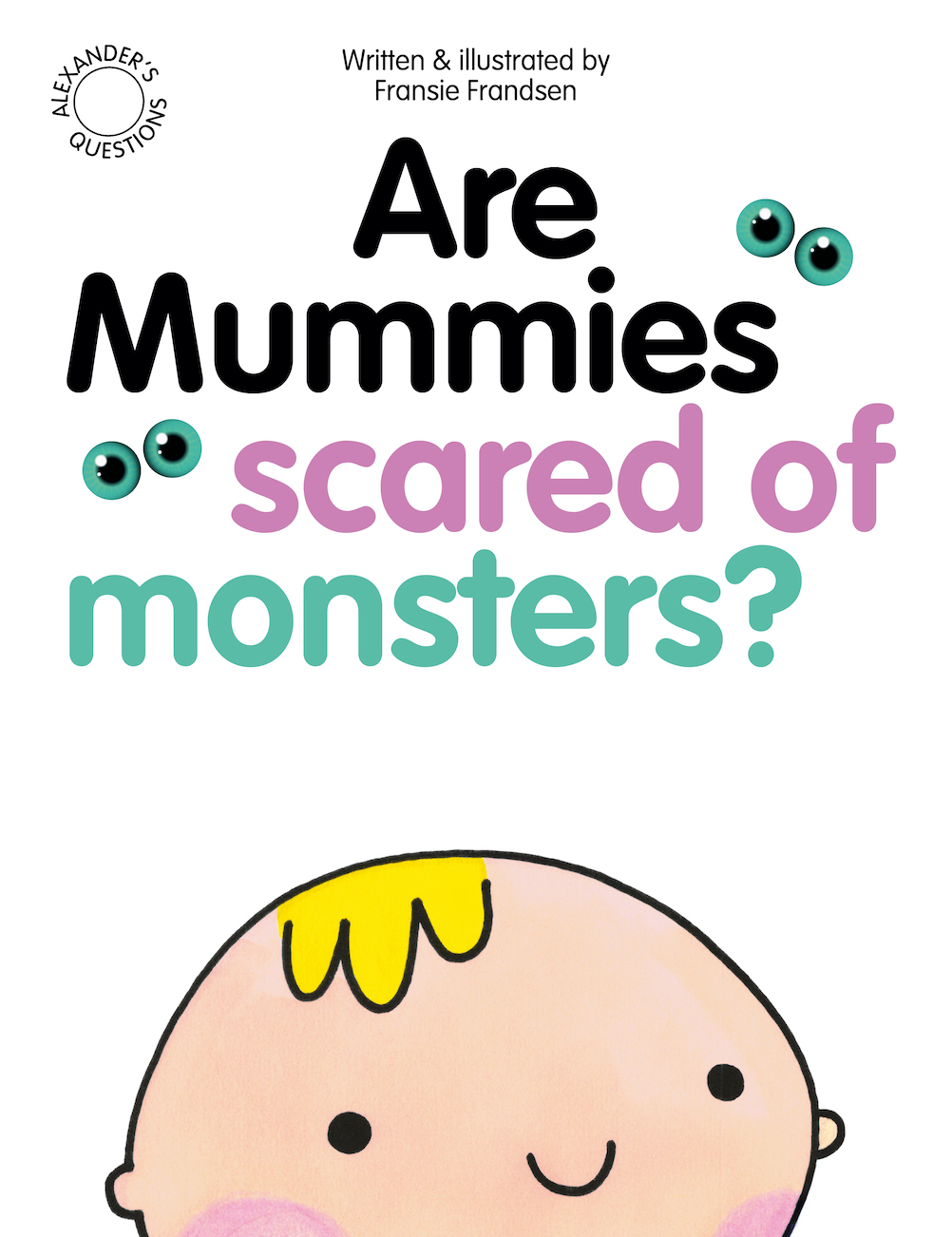 Find out more about Fransie and her work here.

Read what Hannah Gold, author of The Last Bear, says about the role of children's writing in shaping a better future.