How to co-write a thriller with Ben Creed 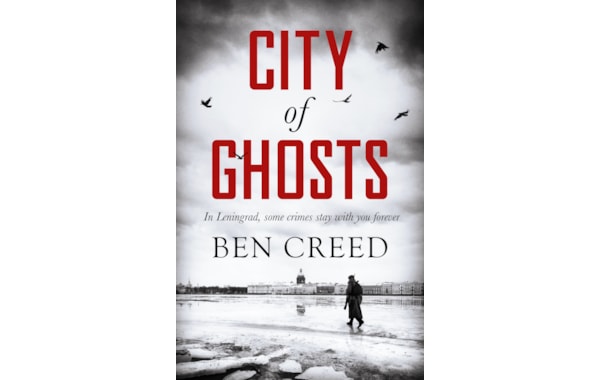 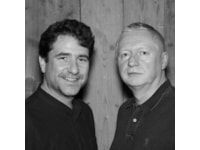 Ben Creed’s debut historical thriller City of Ghosts is already a Times and Sunday Times Crime Club STAR PICK and has been deemed better than Gorky Park by none other than James Patterson. But Creed is in fact two people – Barney Thompson and Chris Rickaby. Here’s how they pulled off a Soviet-era thriller without starting their own Cold War.

Can you tell us a bit about your debut novel?

BT: City of Ghosts is set in Leningrad 1951, towards the end of Josef Stalin’s murderous regime. Our sales pitch was along the lines of 'Amadeus meets Tom Rob Smith’s Child 44'. Revol Rossel, a Conservatoire-trained classical violinist, had his career wrecked during a brutal interrogation by the secret police. After surviving the war and the Siege of Leningrad, he is trying to keep his head down as a street-level policeman when one night he is called out to a gory crime scene: five corpses have been laid out in a row on a railway track, not far from the vast, frozen Lake Ladoga. That is the start of a murder trail that leads him into the very highest echelons of Soviet society and the ghosts of his past.

What are the challenges of writing a novel as a team?

CR: My background is in advertising where traditionally creatives work in teams of two – art director and copywriter. So, for me, writing a novel with someone else probably seemed less of a radical step than it would be for a lot of people. The key to it is just trying to take your ego out of the way and completely focusing on delivering a great end product.

BT: I doubt collaborating is for everyone. The other person will inevitably rewrite your words of genius and delete even more – 'kill your babies', as they say – and you have to be OK with that, although in some ways it’s easier when Chris does it because then I don’t have to. But if you a) like your co-author and b) respect their writing abilities and judgment, which I do, then it’s a lot less painful.

How do you work together on a practical level?

BT:  Chris comes down from Newcastle to London or I travel up north and we bounce around ideas, thrashing out storylines, looking at historical photographs to help us think about our characters, imagining our characters’ biographies… In London, we take up residence in the Royal Festival Hall or the National Theatre and do a lot of scrawling on notepads (or did, pre-pandemic – now there’s a lot more Zoom). There are lots of phone calls, too. Then we allocate chunks of the synopsis – usually fairly large chunks – and later one of us will edit what the other has written.

CR: People still think writing a novel as a team is unusual but in TV its commonplace, especially in the USA. The very best creators of those Netflix/Amazon Prime programmes write from inside the skin of the characters. They set a high bar. And, I think, one of the reasons they do that so well is because when you write in a team and pitch scenes or a bit of plot to the other person they ask you lots of questions: Why does that happen? How can we make that feel real? Would our character really do that in this particular situation? The other person will often be tougher on you than you’re likely to be on yourself. Asking those kinds of questions, on a day-to-day basis, makes your book get better.

What tips can you offer any other writers wanting to write as a team?

BT: Right from the start we have had a joint goal: make it good and make it commercial. And now, since we have a three-book deal with our publisher Welbeck, make each one better than the last. It’s vital to have a shared vision for a project like that. It’s also crucial not to succumb to the syndrome of 'if it wasn’t my idea then I don’t like it', which I saw a lot in journalism. Let your partner in crime lead you to new places – it can be tremendous fun being presented with a new scenario and working with that. It’s also great to have someone to whom you can hand things over if you get stuck in a rut.

CR: I just go by the ‘Have-a-pint-with-them’ test. In the end, the most important part of making it successful is how you get on and manage the inevitable differences of opinion that will occur in any joint creative project. So, make sure you team up with someone you’d be happy to go to the pub and have a beer with. That way, it’s going to be a lot easier to disagree from time to time, as will always happen, but keep moving forward.

City of Ghosts by Ben Creed is published by Welbeck, £8.99 in paperback original.