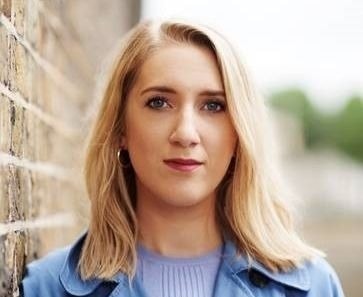 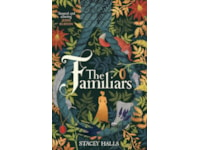 There is a veil of intrigue around how novelists write their books: what room do they sit in? Do they listen to music? How long does it take them? I love reading ‘how I write’ pieces because I’m endlessly fascinated by the minutiae of writers’ routines. Philip Pullman uses specific paper that he buys in bulk. Maggie O’Farrell wrote a novel in the snatched moments while her baby napped. JK Rowling filled endless notebooks with the histories of her characters, which she referred to over the seven Harry Potter novels. Stephen King wrote his first book on a typewriter in his laundry room. There are endless methods. But just as there is no one way of being a parent, there is no one way of writing a book.

In 2015, I wrote a novel and the following year sent it to agents, but none of them offered representation. I decided I would try again, but something different this time. That year, while visiting my parents in Lancashire, I went with my mum to Gawthorpe Hall, a stately home a 15-minute drive from where I grew up. I’d never been before, and as soon as I stepped foot inside I had what I call the stirring, where my imagination starts to simmer, like a pan set to boil. From a window at the back of the house I saw Pendle Hill, which is synonymous with the Pendle witch trials of 1612, in which 10 people from the area were executed for witchcraft. An idea began to take shape, about a woman accused of witchcraft, and her friend who tries to save her, but I needed time, and space, and a room of my own, as they say. The first novel I’d scribbled out of hours: lunch breaks, Saturday mornings. It had taken what felt like forever, and this time I wanted a sprint, not a long-distance run.

I work as a journalist, and my workplace offers sabbaticals. I applied for three months – the maximum stint – and was given nine weeks. Ok, I thought, It just means I have a shorter deadline. I would write my novel five days a week for nine weeks: 45 days in total. The average novel is 90,000 words, so I had to write 2,000 words a day. A numbers game, then. It sounded perfectly doable when I wasn’t being paid and could afford to do nothing else. I said yes please, I’ll take it, and emptied my savings account into my current account so I could pay my rent and eat. But that was about it.

The first day of my sabbatical was January 30, 2017. I saved an expensive candle I’d bought with a Christmas voucher to light when I started writing: that would be my ritual. By the time darkness fell at 4pm, I had written 500 words and the candle had already burned through a quarter of its life. I don’t think it lasted the week. It’s extremely daunting, knowing you have to write tens of thousands of words before you can type The End, and knowing also that most of them might be dreadful, and you will probably have to rewrite them again and again. Every morning I would put on at least one jumper and turn up at my desk with a mug of tea. I didn’t wear makeup; I developed cold sores. My diet was terrible, and I barely left the house. A friend called me about two weeks in, offering her parents’ cottage in the Peak District for a week, free of charge. I could go there and write undisturbed. In the spare room of my attic flat in south-east London, I was already undisturbed, apart from by the odd cry of the baby downstairs, or the Amazon deliveryman. But a picturesque cottage in Derbyshire sounded perfect: there was no WiFi, and I could go on brisk, bracing walks. The cottage was adorable: a one up, one down in a chocolate box village. At night it was deadly silent, and in the daytime, too. I hit the worst part there: the 30,000 word mark, where you’ve come a long way but you have even further to go, and everything just seems baggy and loose. You’ve set all the traps that need checking in the final third, but what now? Every word I wrote in that cottage was deleted from the final draft.

I went back to London, and my skin got worse, and my clothes got baggier. The council was refurbishing our window frames, and every day I greeted a painter named Alan on the other side of the glass, forty feet up on the scaffolding. I’d pass him tea through the window. I storyboarded my novel, and got a crick in my neck from looking to the left, where I’d Blu Tacked it to the wall. Some days I would write 200 words and would hate myself; one day I wrote 5,000. At around 50,000 words everything began gathering momentum, and it felt like I was running after a snowball tearing down a hill, picking up handfuls of snow and chucking them at it, but ultimately it was rolling where it wanted, and I was not in control. It was an intense period, punctuated by walks around the park or strolls to the library. I must have looked like I had been recently bereaved, wandering up and down the high street, wild-eyed and distracted.

I wrote The End after seven weeks. It felt like a lifetime, and no time at all. I went back to work; I began wearing make-up again. ‘Did you finish your novel?’ everyone asked. ‘I finished!’ I would reply, when really I meant: ‘I’ve only just started!’ I printed it off and put it in my desk drawer for eight weeks, no more, no less, just as Stephen King advises. In the last week of my sabbatical, with nothing to do and London on my doorstep, I visited The Foundling Museum before having drinks with friends. And that’s when I felt it again, days after finishing my first draft of The Familiars: unexpected, undeniable. The stirring. I went to a coffee shop and pulled out my notebook.

The Familiars by Stacey Halls is out now, (Zaffre, hardback, ebook & audio)

You've got a story you want to write, and you know you need a plot. Story and plot are related, but not the same – follow our handy guide to make the most out of plotting your story.