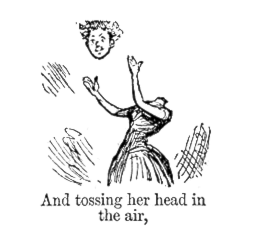 What is a cliché?

A cliché is a word, phrase, or – particularly in writing – idea that has been overused to the point that it has lost its original meaning and become tired and predictable. Everyone knows that a phrase like ‘the writing on the wall’ or ‘go the extra mile’ is a cliché, but plots, characters, dialogue and setting can also be clichéd. And each use of cliché risks detracting from the effectiveness of your writing.

What effect does cliché have in writing?

Cliché weakens dramatic effect and suggests that the writer’s thinking is unoriginal. Clichéd writing is lazy and makes plot and prose feel predictable, so that the reader might as well not bother reading on – there’s no sense of discovery as cliché copies something that is already well-known. Using well-worn phrases and ideas weakens the effectiveness of your writing and the imaginative hold of your work for a reader. Anything that feels predictable and thinly-drawn will detract from the reader’s experience as they won’t be able to believe in the imaginative world you’re creating for them. Cliché is the opposite of original thinking and using it will make your writing feel second-hand – and second best.

Examples of cliché in creative writing

These are the characters that come straight from central casting: people who are a ‘type’ rather than an individual. Think of the embittered private detective, the lone-wolf investigator; the superficial socialite, the suffering saint, the bored housewife. They’re all cookie-cutter characters with no depth or personality. You can sum them up in a couple of words, as a type. That’s where the phrase ‘typecast’ comes from: a character type so recognisable it has become a cliché.
To avoid writing stereotypes, consider how you could give depth to your character and make them three-dimensional. No human being is merely two-dimensional and no character in fiction should be, either.

As a writer, you are free to create new worlds. Your imagination can be unbound. So why, instead, resort to time-worn ideas that the reader has seen so many times that they groan aloud? Does your character hold forth to their reflection in the mirror as a way of explaining their motive to the reader? Groan. Are your characters counting down, literally by the clock, to a disaster they have to avert? Groan. Is your story a love triangle? The reader has seen it all before.

• The opposite of authenticity

You know how using trite words and phrases makes conversation feel bogus and fake? That’s because those expressions are clichés. Like the sentimental verses inside greetings cards, they do not feel as if they are expressing real emotion. It works in exactly the same way in writing. Clichéd writing feels insincere. Clichés make your writing feel corny at best and fake at worst – and why should the reader invest emotionally in that world when the writer has not done the same?

Sensational clichés are a minefield (look what we did there). Most sensational subjects and scenarios run the risk of a) having been used to the point where readers will react with ‘oh not again’ and b) are hard to convey in writing that comes anywhere near to expressing what the writer intends. So on a micro level you find clichés like ‘raging fire’, ‘torrential rain’ and ‘murderous frenzy.’ On a larger, plot level, you will find writers resorting to cliché in set-piece scenarios like bombs exploding, violent assault, crashing cars etc. When your plot demands that you incorporate dramatic events, pay particular attention to the way you frame them and convey them. You do want your writing to be vivid and dramatic. You don’t want it to be over the top, melodramatic or gratuitous.

It may be true that there are no completely original plots in fiction, but there are as many original treatments of them as there are writers. Some stories get told so often that they become clichés. Bridget Jones was a truly original creation but she was copied in so many thinly veiled guises that a ditzy heroine negotiating her way through social and romantic disasters became a chicklit cliché.  If you have borrowed, or lifted, a plotline or trope or character from another writer, you risk your writing including something that has become a cliché.

Stock words and phrases – which are different from simple language – signal to the reader that the writer is lazy or superficial. At sentence level, using clichés weakens your writing. Falling back on phrases like ‘at the end of the day’, ‘pretty as a picture’, ‘until the cows come home’ or ‘avoid it like the plague’ means that you are presenting a reader with second-hand impressions. If the reader won’t trust a writer who can’t create an original sentence, they are hardly likely to trust them to create original plots and convincing characters.

Think beyond the cliché – have a look at the effect of metaphor on your readers.

In the war against cliché, be particularly aware of:

Be wary of the clichés in your genre. Fantasy writers, does the world really need another story about ‘the chosen one?’ Horror writers, why have you let your teenagers wander into that dark wood/swamp/abandoned old house? Romance writers, is your love interest tall, dark, handsome and not much else? If you must borrow from these clichés and stereotypes, be aware of them and play with them. Look at what George RR Martin did with his ‘chosen one’, Jon Snow. Make your teenagers walk unscathed through the dark wood and come home to find their kitchen full of zombies. Have your heroine find the tall, dark and handsome character repellently tedious.

One-note characters avoid complexity so we only get to know their surface, which is frustrating for a reader. If characters have no depth, readers can’t get to know them, which denies them an essential part of the reading experience. Well-rounded characters are always original, three-dimensional characters that the writer has constructed with care. If characters exist only to move the plot along, they risk becoming clichés. When their sole function is to act as a plot device readers can see straight through it so they won’t trust the rest of your narrative.

Dark and stormy nights, honeymoons in paradise, run-down mean streets, space stations orbiting out of control. These clichés have all been seen so many times that a contemporary writer has either to subvert them or to take the particular element that is being conveyed via cliché, break it down and convey it in a new, fresh way.

Be wary of having your characters talk in clichés – it will make them sound cheesy. ‘You showed up in the nick of time – my cat’s stuck up a tree.’ ‘You must be all at sixes and sevens.’ ‘I am. You’ve got to watch him like a hawk.’ Do you believe in this exchange? Would anyone?

Screenwriters sometimes fall back on lines of dialogue that have become overused, such as ‘don’t die on me’, ‘you just don’t get it, do you?’, ‘there’s a storm coming,’ ‘it’s not what it looks like.’ These are all shorthand for audiences, who know (all too well) what lines like this herald. Be aware, if you’re dropping well-worn phrases into your dialogue, that they will remind readers of many other storylines rather than keep in them interested in yours.

Be aware of using outdated cultural clichés. Ensure that any character in your book is a rounded person who has their own storyline, is represented in a three-dimensional way and is vital to the narrative. That way you will avoid such clichés as ‘token gay/BAME/disabled friend’, ‘homeless person who exists to show the central character’s charitable side’, ‘exotic other’, ‘funny foreigner’, ‘comedy Northerner’ etc etc.

All plot clichés are best avoided but the most important is the ending. Readers who have invested time in your fictional world hate it when the conclusion is lame or obvious – the horror story where there has to be one last jump-scare; the cliffhanger; the cheesy romantic resolution; ‘it was all a dream’; the heroine who finally realises she’s loved the guy she thought she hated. Readers feel cheated by cliché endings – as if the writer couldn’t be bothered to put in the effort to create them an effective resolution.

How can you avoid using clichés in your writing?

• Be authentic. Write as you. Use your own voice – it is unique to you.

• Avoid generalisations – as soon as you break down a cliché to look at what is happening in this particular situation, you are writing something effective and original.

When can you get away with using clichés and to what effect?

You can play with clichés to create plot twists. They’re fertile ground for comedy or parody. Occasionally they work well in dialogue or internal monologue to create verisimilitude in POV characters. And they’re absolutely allowed in first drafts as long as you are aware, when you’re redrafting, that they need to be dealt with. You can always rewrite clichés into something better.

In defence of cliché

Clichés are so commonplace that there are writers who argue that using them makes their work sound relatable. Clichés are part of vernacular language. They’re a shorthand for shared experience, and a shortcut to communicate something everyone understands – part of everyday language. There are people who will argue that using cliché in writing helps to create a bond with the reader – a feeling of being spoken to in everyday language. It’s worth appreciating this point of view and understanding that it exists, and why. However, for most writers, and readers, the point of fiction is not to mimic everyday language, but to mirror it – to create a sense that it is like real life, only heightened. As clichés weaken prose, if you want to amplify a sense of reality, using original words and ideas is the best way to entice readers to believe in your fictional world and see it through your eyes. But tropes and clichés do constitute a common language so part of being creative means realising they exist, playing around with them and coming up with your own take on them.

Write a page about a fictional train journey, deliberately including as many clichés as possible. Be aware of each one as you write it: the stock characters, the obvious plot points, the dialogue or interior monologue that clunks, the hackneyed descriptions. When you’ve written the page, highlight each cliché.
Now rewrite every cliché you’ve written into fresh, original prose that could only have been written in your voice.

Perhaps this could be the start of a new story! Watch this video to discover Helen M Walter’s top tips on writing a new short story in seven days.