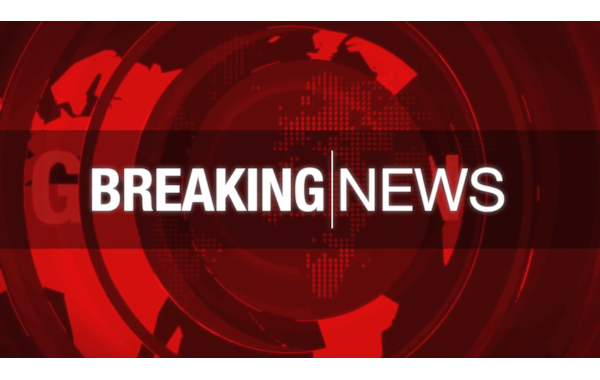 You may never need to write a news article. But knowing how to do it will help you with any kind of article writing, because it is a fundamental journalistic skill that will provide you with the bones to help structure any non-fiction pieces that you write.

A news story is how newspapers and magazines break a story, in print or online. It may be about events of national or local importance; it may be about a new development in a specialist area of interest; it may be, like our news section, a way of informing interested readers about something new: a competition, a publishing opportunity. But whatever kind of news it’s imparting, it will conform to a basic format.

The basic model for writing a news story is the inverted pyramid. What this means in practice is that the most important news goes at the top, in the lead paragraph, usually the ‘what’, followed by the who, where, why, when and how in the second and third. As you read down, the information becomes less important, and the least important information goes at the bottom. The practice developed largely as an aid to deadline-fuelled newspaper production: the sub-in-a-hurry with only limited space could cut from the bottom knowing that the story would still make sense without much rewriting. The same principle holds true online. Some readers will click away before reaching the bottom of a story, confident they already got the important details from the article opening.

Bear in mind with this structure that all the information in a news story has to be there: ‘least important’ is not the same as ‘not necessary’. In a story for a local or national newspaper about an armed robbery in which two people were shot, the top paragraph would contain the information that two people were seriously injured in an armed robbery. Subsequent paragraphs would include information about where the robbery took place, who the victims were and what they were doing when they were shot, and what the robbers got away with. None of that information should be left out. The news writer’s job is to prioritise it.

The key job of the writer of a news story is to find the facts and present them to the reader in a logical way, so that the story makes sense. There is no room in a news story for anything superfluous – every word has to do a job, and earn its place. Writing in this way forces the writer to concentrate on what is most important.

If you write fiction, this style of writing is the opposite of what you’re used to. A news story breaks down information whereas a fictional story builds a picture. The reveal in a news story comes at the beginning, not the end.

• It is always time-sensitive: this has happened now.

• It is concerned with passing on the necessary factual information relating to the story.

• Its tone is always neutral. News stories are objective. This is not an opinion piece, or a place for writers to insert their personality.

• Information is reported. It is written in the third person, past tense.

As we said at the beginning, most of you will never need to write this kind of story for a news publication. But whenever you need to write something that conveys new information to a reader, knowing how it’s done will provide you with a very useful model. It will help you to concentrate on the information you need to present, and understand how to prioritise it.

Let’s break down an imaginary news story – the kind you you might read in Writing Magazine.

The first, or lead, paragraph will tell the reader, in a nutshell, all the basic facts.

Denise Lace-Crawford from Newport has won the Roachford Prize for Non-Fiction for her first book, Arsenic and Old Mrs Lace.

With no messing about, the reader knows the key facts. They tell readers why they should be interested, now. Further paragraphs – short, informative paragraphs – will expand on the information that has been summed up in the opening paragraph. Our sample story might continue like this:

The second par: The £3,000 prize, announced this morning by the University of Placename, was awarded for a biography of Denise’s forensic scientist mother, whose work was key to modern understanding of Victorian domestic poisoning. This expands on the information in the lead par. It also attributes the information to its source: the University of Placename.

Third par: Denise was inspired to write the book when she discovered her mother’s research notes after her death ten years ago. ‘I knew she went to work every day in the university laboratory but I had no idea that her work was so significant – mother never discussed it at home,’ she said.

In fifty words our knowledge has been widened significantly: we now know what Denise’s mother did, that she died ten years ago, why Denise decided to write her book, what its sources are and that her mother’s work and home lives were entirely separate.

Fourth par: Engineer Denise, 57, only started writing because her daughter enrolled her in a course at her local library. ‘It was my fiftieth birthday present because I’d often talked about writing our family history and Yasmin knew this was the only way I’d make a start on it.’

Now we have more facts, this time personal information about Denise. We know her age, occupation, and that she has a daughter who cares about her enough to help her achieve a long-term ambition. In the space of a few words, we know enough about her to care about her. This has longer-term implications for writer and reader, as there may be more coverage of this story: perhaps a feature article, a review, an opinion piece?

Fifth par: The Roachford Prize, which is funded by the University of  Placename, was set up in 1975 by scientist and philanthropist DK Khan to reward a first publication that adds to knowledge in the field of popular science.

This is all potentially useful information, and it adds to the reader’s knowledge. But it’s not as interesting or attention-grabbing as the information at the top of the story, so it goes near the bottom. If the story gets split over pages, it may not even be on the same page as the rest of the story.

Sixth par: Denise’s book was published by local small press Honeyford Books, and is available from Waterstones. More facts, useful but without the immediacy of the top four paragraphs. Readers know where to get the book and the local interest is reinforced by the mention of the publisher.

Seventh par: ‘I thought mother’s story might interest friends and family,’ said Denise. ‘I never expected to win anything like this.’ A nice, neat conclusion takes the story back to Denise – and in this case, reinforces the human interest angle. But this is not essential information, and if we were short of space, the editor might cut this par.

• Ask yourself what questions a reader might ask, and answer them in your story.

• Get your facts right. Check them and double-check them. How much was the prize money? Check it. Who set up the prize? Check it. What is the correct spelling of Denise’s daughter’s name? Check it. Never assume anything. The old journo’s mantra ‘If in doubt, leave it out’ could be adapted to: ‘If in doubt, find it out.’

• Don’t split information. If you have two paragraphs about Denise, don’t insert one between them about the Roachford Prize.

• Keep your writing tight and your sentences short. You can’t go far wrong with subject-verb-object. This keeps things to the point. News stories are not the place to display your extensive repertoire of adjectives, or your command of complex clauses.

• Information must be attributed. Make it entirely clear where the information comes from. Credit your sources. It might be as simple as ‘said Denise’.

• Don’t try to use everything.

• Good quotes support your story and spark the reader’s interest.

• A good quote will grab attention, evoke images and convey the speaker’s personality.

• A bad quote is one that is unclear, or doesn’t add anything to the story.

Use news writing techniques to put together your own press releases

All journalists are familiar with badly-written amateur press releases that jumble facts and hide useful information (‘when we were moving house – we used to live in Swindon, where some of the book is set – we found a box full of my grandfather’s old war diaries, and because I’ve always wanted to write a novel, that inspired me to think about…’). Your news-writing skills in using the minimum of words to present all the relevant facts will make it easier for the journalist to see why they should write about you. If you are sending out information about your book to media outlets, you need to present it clearly and confidently to professional journalists who will have little time, and less patience, to search for buried information in a press release full of waffle.

A fire in a furniture shop next to the main bus garage in your local town took place in the late afternoon on the last Friday before Christmas. It shut down all the traffic to and from the area for several hours, including a van of students returning from volunteering with refugees in Calais, a coach containing pensioners coming back from a festive trip to the Christmas market in Munich and a woman whose dog escaped from her car. Witnesses said the woman was crying and the dog was running up and down the hard shoulder but it came back eventually. Local services were affected and theatre and restaurant takings on the night were also badly affected. Thieves took advantage of the chaos to ramraid a local department store. There were no serious injuries, but damage to the business, which has been owned by the same family since 1937, was estimated at £1.5 million.