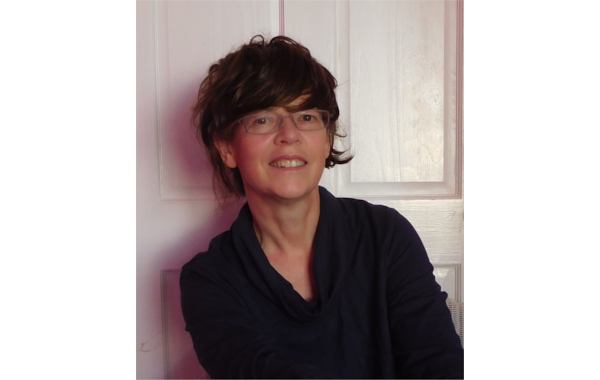 Every day this week, you can read an extract from one of the stories shortlisted for the BBC National Short Story Award 2019. Today's featured author is Jo Lloyd

Mr Ingram and his Invisible daughter Miss Ingram live close by, Martha tells us, in a grand, impractical mansion of the type the wealthy favour – except Invisible, of course – made from dressed stone the colour of spring cream, with a slate roof and glass in every window.

They receive numerous Invisible guests, Martha tells us, who must travel here from other Invisible mansions, in other parts of the country.

They attend fairs and sales about the district. They are regulars at our Wednesday markets.

To sell or to buy?

To accomplish trade both parties must be visible, a fact we have not previously had cause to contemplate.

Mr Ingram’s mansion, Martha tells us, stands on the other side of the lake, at the foot of the mountain. We have inspected the spot she indicates and confirmed it is in no way remarkable. Cold eels of water slide among rushes and sedges and tumps of starry moss. Cat-gorse and furze cling to rafts of drier ground. Spearwort and flag dip their toes and shiver.

Not that we need to search for evidence. If there were a mansion across the lake, our dogs would be howling every time an Ingram passed by. Our daughters would be scouring their pots, our sons sweating in their stables and gardens.

Some accuse Martha of fraud, although what she has to gain by it we cannot determine.

Others say her wits are failing. We’ve known her put her clothes on back to front and summon her cow with the call meant for hogs. She will stop for minutes on end to watch rooks or lapwings tumble about the sky, as if they bore porridge and dates and the answers to life’s mysteries in their beaks.

But most are happy, eager even, to take her at her word. We want to believe that the Invisible have, for whatever purpose, established their Invisible home next to us. It pleases us to imagine them prodding the fat rumps of our livestock, testing our grains with their clean Invisible fingernails.

Tell us more, we say, and Martha dimples like a girl.

There are many of them, she says. Sometimes the Invisible outnumber other visitors.

But why do they come to market?

For amusement, I suppose. Entertainment.

We look each other up and down, wondering which of us is most entertaining.

The Ingrams have called at Martha’s cottage, of an evening, to pay their respects.

Miss Ingram has such pale hands, Martha says. As if she keeps them folded away in a linen chest.

What language do they speak?

It is English, I presume. I seem to understand some of it. But their speech is strange. Until you are very close, it’s like a noise of leaves or water.

We cannot think why, of all of us, they would choose Martha. She is not the most educated or wise. Not even the most gullible.

Find me in Time